A vision for Africa

Africa’s wildlife and wild spaces are in crisis. But is it a ‘false choice’ to pick between conservation and development?
By Kaddu Sebunya, CEO of African Wildlife Foundation 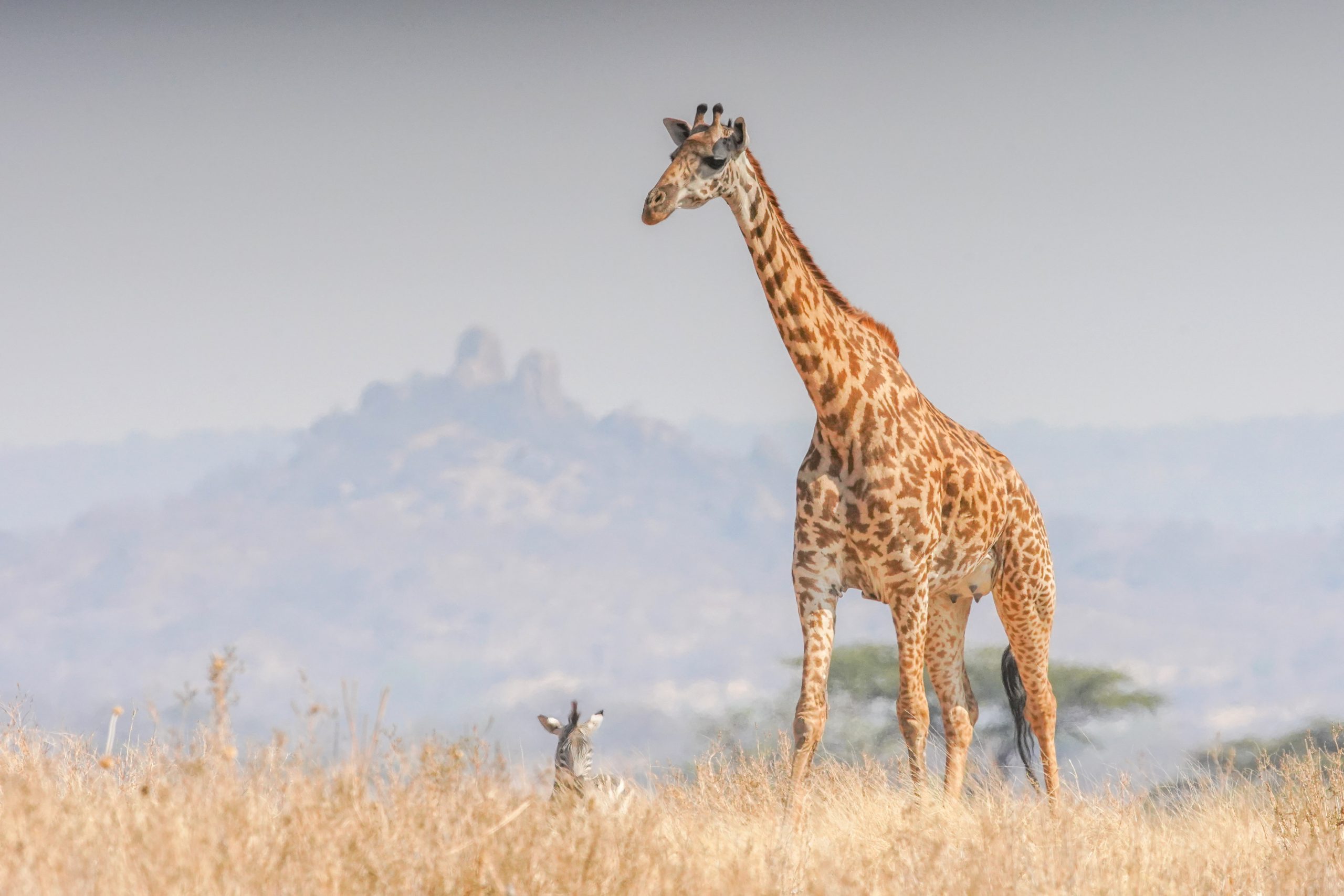 We have less than 10 years to protect Africa’s wildlife and wild places. The decisions African leaders make today will determine the Africa we have for the next 50 or 100 years.

It’s a way of thinking that we already see all around us in Africa. But actually Africa can’t achieve our development aspirations without the ecological infrastructure and services in place. And conservationists can’t be successful unless Africa develops. Those two things – conservation and development – reinforce each other and need to work together.

Many countries around the world have not been transparent enough about the price they’re paying for the destruction of their natural resources. There hasn’t been an openness about the consequences and costs that Europe or North America or China have paid for that.

Three years ago, I was told by a senior official in Beijing that they spend 1.3 billion dollars annually on pollution. How could Africans know that, when they just see the skyscrapers in Beijing? Amsterdam spends billions of Euros maintaining the wetlands where their city sits, but how many people know that? What we see are the canals and beautiful buildings. New York City spends billions of dollars maintaining drainage systems, but the cost of that is hidden behind ‘development’.

The huge opportunity that Africa has is that we’re coming late. We can look at the mistakes made in Asia, in the UK and Europe, in North America, and we can define what we don’t want. I see African leaders building highways and train networks, but I see Scandinavian countries re-facing their urban areas to be car-free. So why can’t Africa today start planning urban centres as ‘no vehicle areas’? Why do we need to go through the system of diesel and petrol, when everyone is discussing electric cars everywhere in the world now?

We face many issues in Africa. Right now, the most critical issue is habitat loss. We need to start the negotiation for space for wildlife and people. That negotiation needs to lead us in defining the role of wildlife and wild lands and the aspirations of the people of Africa. We need to come to conclusions on what we need to protect and leave for wildlife and wild lands, and what is needed for human development and aspirations. It has to include both parties. The decisions we make around agriculture, urbanisation, population and education are going to determine what space we are going to leave for wildlife.

It’s going to be very difficult. But we have no luxury of not trying to do this. But it also makes business sense for corporations and businesses. It’s not the case that we’re trying to stop development happening.

We’ve been telling Africans only about wildlife. I’ve been told I like animals more than people, that I’m a tree-hugger, that I hate development, simply because that’s what we’ve been discussing with people, without telling them that actually they’re not going to be as successful in food security unless they understand the water sources they need.

I had a conversation with one African leader. He said “Hey, elephant person, what do you want?” I said “Mr President, I’m not here for elephants. I’m here for energy. I want to talk about energy and the big projects you have with China. I want to ensure that once these hydro projects are done, you still have the same volume of water coming through the dams.” He said “What does that have to do with your elephants?”

I said “Mr President, 80 per cent of the water that comes through your three national dams comes from protected areas. The ecological system that produces that water is maintained by wildlife, including the elephants. If I were you, Mr President, I would invest part of the money you’re investing in concrete for the dams to maintain the ecosystem that produces the water that goes through your dams.” He told me he’d never heard someone tell him that. All the environmentalists he met were just trying to stop him building the dam.

We need to change the way we work. We can’t keep doing the same thing and expect different results.

The simple reason we are where we are with conservation in Africa is the history of conservation itself on the continent. Conservation was introduced on this continent by kicking African people off land and creating national parks without any discussion about it. You look at Latin America, where conservation has been more successful, and conservation is a human rights issue. It’s about indigenous people and their rights to their land. It’s not all about animals, as it is on this continent.

The Number One change I would like to see is Africans getting involved in the conservation sector, and taking ownership and leadership of the responsibility, managing, utilising and benefitting from wildlife. It’s such an important thing that Africans can’t leave it to foreigners, as it is now, or to charity organisations. This is our primary responsibility as Africans. The blame game needs to stop. We need to take on that responsibility.

The target is to widen the conservation tent to include African leaders from other sectors and for us to have a conversation about the Africa we want. As a conservation sector, we’ve been talking among ourselves for a very long time. And when we’re not talking about ourselves, we’re bringing in celebrities from the UK or Hollywood to come and tell Africans why elephants are important. We haven’t expanded that tent to include African CEOs, African means of finance, African means of supply and pan-African institutions. The target is not to turn these leaders into conservationists but to understand the role of nature in their aspirations and the systems they manage.

With more African leadership, the focus and priorities would change. The young generation of Africans are much more educated, much more exposed and open to new ideas, much more advanced to change their ideas of development. This is their future.

The majority of voters in Africa, and globally, are women, too. As Africa increases electoral politics, leaders are responding to voters.

We also need to address poverty. Poverty and inequality are the main drivers of harm to wildlife. A hungry person with a family will make choices to feed their family. I’ve seen it close-up in all my work across the continent. Until people value a lion more than a chicken, they’re not going to take care of it. Poverty is real and it’s a big factor in how we protect and sustain wildlife and wild lands because of Africa’s increasing population.

My country, Uganda, is one of the youngest countries in the world. The population has doubled in my lifetime, and 70 per cent of those people are poor. They earn less than a dollar a day. In Uganda, the issue of population is the way the government is planning around the resources they have to take care of the population. If you look at any economic development plan in Africa, it’s industrialisation. Why? Because they have low employment rates. They’re looking at growing their economies, and it doesn’t matter to them how that comes: mining, pollution…. This is not just an African issue. It’s a problem in the United States and many other countries.

The choices our leaders make are driven by their electorate. If you have a large population that is unemployed and unhealthy, you’re going to make decisions that don’t cater for nature, because you have an immediate problem. This is the problem we’re having with African leaders. They have an enormous problem to face, mostly driven by enormous populations, poor planning and corruption.

But it all connects to this ‘false choice’ between development and conservation. What I tell African leaders is we need to stop chasing the Western world in terms of the Africa we want. We need to ask ourselves, as Africans: “What is the Africa we want and that we need to leave to our children?” Now is the time for us to have that conversation.