Why are Africa’s lions disappearing?

Lion numbers are declining dangerously across the continent. The world needs to act, before the symbols of Africa are lost...
By Peter Lindsey, Director of the Lion Recovery Fund 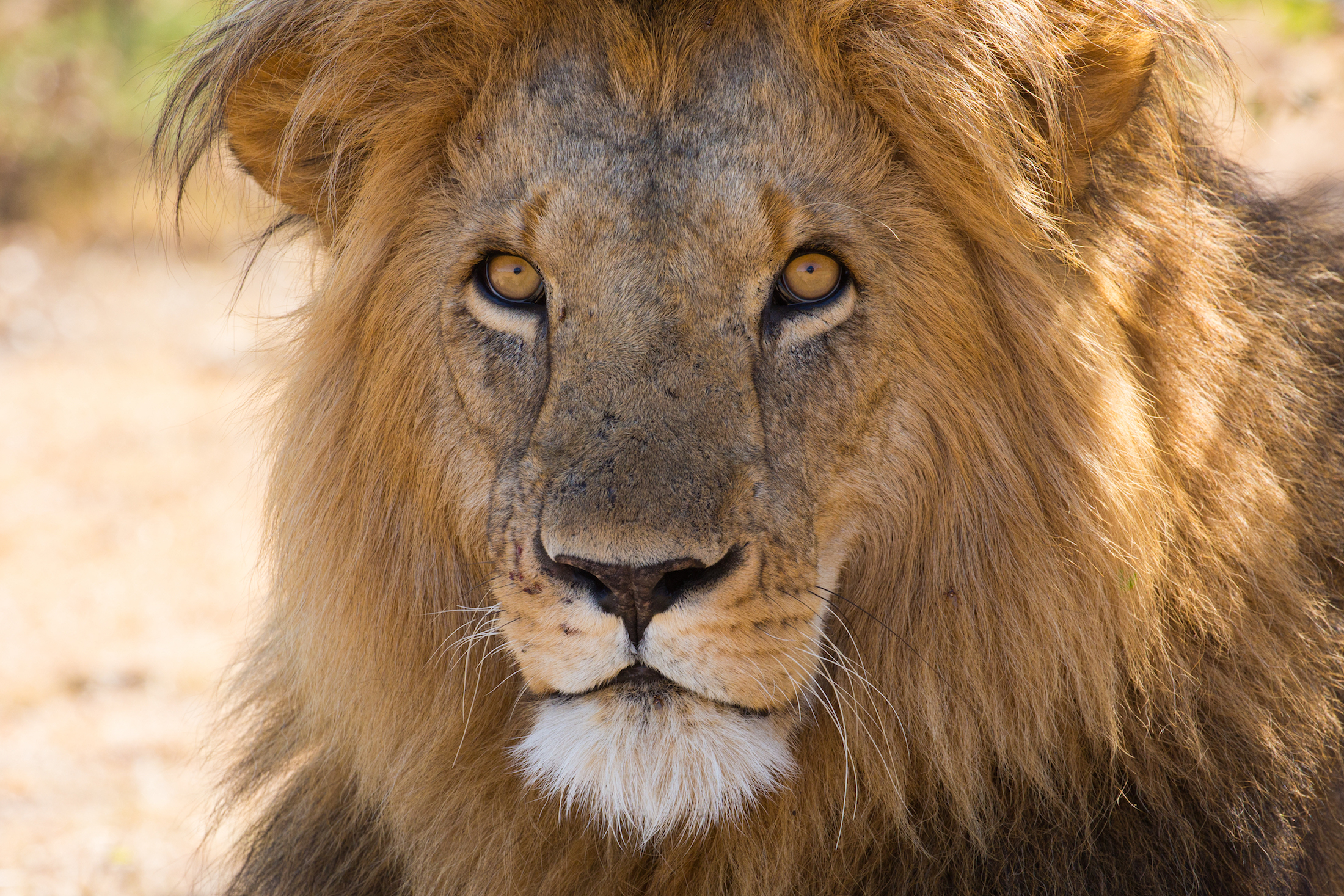 Lions are a symbol of Africa, a symbol of beauty, majesty and power. The species is a cultural icon, standing for royalty in Africa and elsewhere, a corporate icon used by companies around the world, and a logo for a number of high-profile sports teams. People around the world derive enormous value from just knowing wild lions exist.

However, lion numbers have declined by about half in the last 25 years. Historical population estimates are sketchy, but we know lions currently occupy just eight per cent of their historic range. The latest estimates are that there are around 20-25,000 lions remaining in the wild. The reality is that there may well be fewer than 20,000 by now.

Bushmeat is one of the most serious threats to lions. Sadly, people like to eat the same animals that lions do, for example impala, buffalo, wildebeest, kudu, eland, waterbuck and zebra. The illegal harvest of wildlife for meat is undertaken for subsistence and increasingly on a commercial scale for trade to towns and cities. The bushmeat trade affects lions in two ways. First, by reducing the prey base on which they depend. When prey disappears, lions disappear very quickly. Second, lions are also often killed in the traps and snares set by poachers to catch other animals.

It’s distressing to see a dead lion. To see a lion killed in a trap or snare, particularly if the death was painful and slow, really is disturbing.

With the COVID-19 crisis, we’ve seen an increase in poaching for bushmeat in some places, but the full effects are yet to come. The COVID-19 crisis creates a ‘perfect storm’, resulting in reduced funding for conservation, reduced operational abilities of conservation agencies due to lockdowns, and increased poverty, which will increase the reliance of people on wildlife, for example via hunting for bushmeat. There’s more pressure on natural resources and less capacity to deal with that pressure.

Habitat loss and human-wildlife conflict are the other two big reasons for declining lion numbers. Habitat loss is the ultimate threat. Habitat loss is driven by the expansion of human populations, expansion of agriculture, of urban development, of infrastructure. This is serious because when you lose habitat, all prospects for the conservation of lions and other large wildlife species go out of the window.

Human-wildlife conflict is another key issue. As human and livestock population expand into hitherto wild areas, the proximity between lions and livestock increases. Cows, donkeys, goats and sheep are easy animals for lions to hunt. If lions kill these animals, livestock owners will often retaliate and kill the lions. Sometimes this is done pre-emptively, without lions having even killed any livestock. Lions always end up losing in these situations because it’s really easy for people to kill them, especially using poison.

The targeted hunting of lions for body parts has also emerged as a serious threat in some parts of Africa. People are poaching lions for their claws, teeth, skins, skulls and fat. This phenomenon isn’t particularly well understood. Who’s doing it, why and what the end market is all need research.

While that debate is interesting, what we really need to focus our energies on is how the heck do we come up with better mechanisms to generate money for the funding of protection and management of the vast protected areas Africa has set aside. When I say ‘we’, I mean the world as a whole – as this is a global responsibility. If we can’t figure out how to better fund Africa’s protected areas, there is no doubt that many more will become degraded and many will even be lost. That’s where the discussion needs to be, rather than constantly getting lost in the ideological weeds of the hunting debate.

We can’t allow lions to disappear. As well as the emotional connection, lions are incredible assets. Wildlife is one of Africa’s true advantages over the rest of the world. Nowhere else has the densities and diversity of charismatic large mammals that Africa has. Based on these assets, a massive wildlife-viewing tourism industry has arisen which is now worth US$29 billion and which generates 3.6 million direct jobs. Africa has one of the fastest growing tourism destinations in the world and 80 per cent of the tourists that come to Africa do so because of the continent’s wildlife.

The wild landscapes that lions depend on also offer a whole range of environmental services to local people and to the world, such as the provision of fresh water in protected areas, or the capture and storage of carbon. However, these assets and species, such as lions, are gravely threatened.

It’s hard to give a clear picture of what’s happening with lions across the continent, as we just don’t have the data. There are a few countries in which lion numbers are likely to be stable or increasing: South Africa, Namibia, Botswana and Zimbabwe. Lions are probably recovering from a very low level in Malawi and Senegal. In Benin, lion numbers are probably stable, possibly increasing. We await the results of Kenya’s survey.

Apart from those examples, I’d be surprised if lions aren’t declining everywhere else on a national level across the continent. Survey work is critically needed in core parts of the species range, and particularly in Tanzania, which holds the continent’s largest population, to determine what the current total figure is.

The Lion Recovery Fund has set a goal of doubling the number of lions in Africa by 2050. That’s an aspirational goal. We’re aware it’s highly optimistic. The reason we’ve put that out there is that, although things are looking tough for lions, we have the tools that we know work to conserve lions.

Africa has bestowed a massive conservation estate in which lions could recover. Africa’s protected areas alone, if optimally managed, could support three or four times the population of lions that currently exist. Also, lions recover rapidly if given a chance. If you protect them, their prey and their habitat, they can increase in numbers very quickly. It’s not entirely unrealistic that we could halt the decline and foster some kind of recovery. If the world really got behind this effort and really funded Africa’s conservation efforts in the manner required, doubling the number of lions could be a reality.

The LRF supports the management of protected areas to help tackle threats, such as poaching. We also support efforts designed to promote coexistence between people and wildlife. We try to empower communities as partners in conservation to help conserve wildlife in the areas around and between protected areas. We support efforts to reduce the costs that people bear from tackling human-wildlife conflict and help conservation groups create incentives for local people to live with wildlife.

In some areas, we’ve supported the development of performance payment schemes, which reward communities for effective conservation of wildlife on their land. If we can create a framework that recognises communities as custodians over wildlife on behalf of the world and create mechanisms to enable the international community to help cover the costs, this could be win-win. This would mean the channelling of funding in a way that would help tackle poverty and food insecurity in return for services that benefit the world as a whole. This is not charity; this is empowering communities.

The LRF also provided part-funding to African Parks in 2018 to support the reintroduction of lions into two national parks in Malawi: Liwonde and Majete. This year, we gave a grant to the NGO Panthera to introduce lions into Gabon, where lions had previously been considered to be extinct with the exception of a lone male, sighted in Bateke National Park since 2014.

We also support work designed to tackle the illegal wildlife trade, principally the trade in lion body parts and bushmeat. That means supporting projects that work with the police and judiciaries to undertake anti-trafficking, to prevent the movement of animal products and to make sure laws are fairly and properly applied.

Make no mistake: things are going to get much harder for lions in the coming decades because human populations are going to grow dramatically in Africa. As a result, the pressures on nature also grow. We have a rapidly closing window to get our act together, to mobilise resources so that Africa’s natural assets are protected properly. When I say ‘our act’, I mean the world as a whole. This is a global responsibility. Our best shot is to align conservation with development, so that it is positioned to benefit host communities, economies and countries.

We need to make sure we mobilise sufficient resources to protect these natural assets through the coming wave of human population growth. If we don’t, a high proportion of the wildlife that Africa still has will be lost. There are reasons to be optimistic, but we also need to be realistic: it’s going to get tough. This is our shot and ‘business as usual’ will not cut it.