Carlos Nobre: “Losing the Amazon will be terrible”

The Brazilian Nobel Laureate on the Amazon’s tipping point, indigenous people, and the anti-science movement
By Graeme Green 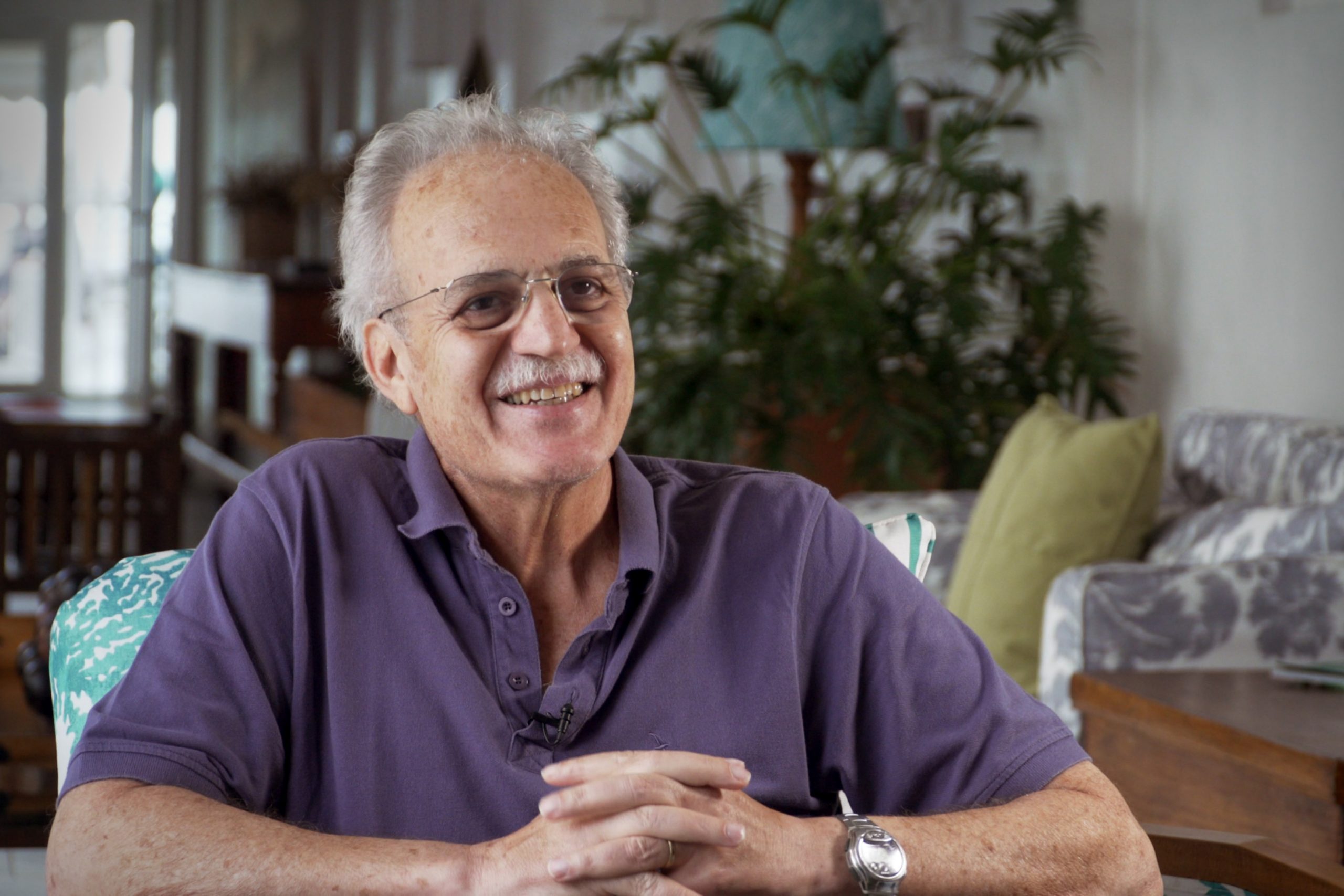 Nobel Laureate Carlos Nobre is one of Brazil’s leading climate scientists and an expert on the Amazon. He’s a member of the Brazilian Academy of Science and the UN Scientific Advisory Board for Global Sustainability. His 2019 report, a collaboration with Thomas Lovejoy, reported that climate change, deforestation and fires are driving the Amazon to a tipping point that would be a disaster for Latin America and the rest of the world.

In 2019, you said the Amazon was close to a tipping point. How close are we now?

Unfortunately, we are closer because deforestation rates are increasing in the Amazon.

There are several drivers of the tipping point and they’re all interconnected. Global warming is causing planetary-scale changes. The warming of the Tropical North Atlantic is causing strong hurricane seasons in North America and more droughts affecting the Amazon.

The combination of deforestation and global warming means the temperature is higher globally and in the Amazon. Normally, wet tropical forests are resilient to fires, because they’re humid and wet. With higher temperatures, these forests become more vulnerable to fires. Now, we see large tracts of forest burning, more extreme droughts, and higher temperatures. All those elements that will drive the forest to exceed the tipping point were higher in 2020 than in 2019.

How long will it take to reach the tipping point?

When we look at the tipping point, we look at total deforestation being around 20-25 per cent of the whole basin. Today, it’s around 17 or 18 per cent. We’re talking between 10-20 years, if deforestation and forest fires continue to increase and global warming continues unchecked.

What would reaching the tipping point mean?

The Amazon’s very important for the world. It stores around 120 billion tons of carbon. If the tipping point’s reached, in around 30-50 years between 50 and 70 per cent of the forest would turn into savannah. That would mean an emission of 250-300 billion tons of carbon dioxide. The savannahisation is non-reversible. Over the next 30-50 years, we’re going to lose perhaps 50 per cent of this maximum carbon space that we have to keep global temperature below 1.5 degrees of warming.

Regionally, the Amazon maintains the climate, cooling it by 2-3 degrees. If we lose the Amazon, the temperature in the Amazon increases. There’s a tremendous impact on species extinction. The Amazon is the largest and most biodiverse place on Earth. Scientists calculate we’ll lose tens of thousands of species, including endemic species.

The Amazon’s also very important because it recycles water and exports water vapour to other places in the region, such as the Andes or systems in Colombia. Some of the snow that falls in the Andes, that moisture comes from the Amazon.

There will be a global impact, a regional impact and a local impact. The Amazon will become much hotter and some places will be almost uninhabitable. We’ll reach close to the physiological limits of the human body.

What impact is the destruction having on the Amazon’s indigenous people?

It has a terrible impact. They’re the most affected people from the loss of the Amazon. There are over 400 indigenous groups in the Amazon, around 2.6 and 2.8 million indigenous people. They value the forest culturally, spiritually and pragmatically. The forest brings wellbeing.

What we’ve been doing is a major threat, with deforestation, degradation and the invasion of territories over hundreds of years. We almost brought indigenous populations to extinction in the 1940s. In the past, the Amazon had more than 1000 indigenous groups. Today, there are 400. Fortunately, there was a revival of indigenous groups.

Losing the Amazon will be terrible because it will make many more indigenous groups disappear. Respecting the rights of indigenous people requires us to protect the Amazon.

In 2019, you called for urgent action but the destruction has accelerated. How optimistic are you that the Amazon can be saved?

It’s possible to change. One major change between 2019 and today is the global concern about the future of the Amazon that started in 2019, after the global outcry against Amazon fires, deforestation and destruction. The global economic sector is demanding deforestation-free supply schemes from the Amazon. This is becoming a global phenomenon. I’m optimistic that this will force Amazonian countries to find alternative pathways to development, rather than simply deforesting the Amazon. There’s been deforestation particularly in Brazil, but also Peru and Bolivia.

To reduce the risk, we should drive deforestation to zero in the next 5 to 10 years and start restoring large deforested areas. It’s very important as a climate change mitigator.

It’s doable. It’s possible for Brazil and other countries in Amazonia to produce food to export to the world without further deforestation. It’s just a matter of increasing the productivity of agriculture. The global pressure is becoming very solid. Amazonia cultures will have to find alternative pathways or they’ll lose markets.

Other nature areas in Brazil, such as the Pantanal, are also under threat. Is there a lack of will from the government to protect Brazil’s nature?

Yes. Historically, there’s a lack of will from most governments. Brazil got a new constitution in 1989, which came about four years after the end of the military dictatorship. Only in 1985 did we become a democracy again. After that, there was a new environmental law protecting indigenous peoples; large areas were made into legal, indigenous territories. There was big progress.

But in recent years, we’ve seen a weakening of that progress. The conservative agri-business sector is very powerful politically. More than one third of house members belong to this agri-business sector, so they’ve been pushing to expand commodities in all of Brazil’s biomes: the Pantanal, the Amazon, wetlands, tropical savannahs. We lost more than 55 per cent of our tropical savannahs in central Brazil, and they pushed into the Amazon and even Atlantic rainforests. There’s been a lot of attempts to weaken environmental laws and start using protected areas.

It’s a critical moment that Brazil is living now. There are a lot of new laws being discussed in the Brazilian congress to open even more areas for cattle and crops. We’re in a very sad moment in Brazil’s history, where this powerful economic agri-business sector is fighting very hard to expand the commodities frontier.

Do many people in Brazil, especially the younger generation, want to see the country’s natural environments protected?

There’s tremendous energy. When the opinion polls ask the Brazilian youth, over 95 per cent don’t want any destruction of Brazil’s ecosystems, especially the Amazon. The only hope is that in 5 or 10 years, when these young people start becoming workers and people with economic power, we’re going to start seeing a turn.

I hope that this movement we see in Europe will reach Brazil. In Brazil and Latin America, these movements that start with youth in Europe or the northern hemisphere usually take 5 or 10 years to deeply reach Latin America. We see the signs of that already, and then the new generation will abandon the old-style economic model in Brazil.

In recent years, there’s been a war against facts and science, and a rise in misinformation, especially online, including in the USA, UK and Brazil. As a scientist, how does that feel?

The war on science has always been there. But it was a very weak movement. All of a sudden, there was growth in the anti-science movement in the last 10 years, even, surprisingly, in developed countries. In the US, there’s been a major growth in the last decade.

The pandemic is changing the perception. Polls in 2020 showed a global trend that trust in science is increasing. With the vaccine and all the science promoting the solutions and risks, we see countries that follow what health and science experts are saying had many less people affected by the virus.

There’s a global perception that science is important for our wellbeing. I hope this will be a permanent turn, a social tipping point against the anti-science movement. I’m optimistic that even with the green movement, the science that supports combatting climate change will become a universal aspiration and it will put down the anti-science movement because climate change is so obvious now. It’s before our eyes daily. There’s no way to deny that.

I hope the anti-science movement will disappear within a few decades. There are always anti-science radicals but I hope it becomes only small-scale groups, not the global phenomenon it has been for the last decade.