Chris Packham: “I see it as a last stand situation.”

The British TV presenter, naturalist and photographer on death threats, disappointing leaders and ‘50 Shades of Green’
By Graeme Green 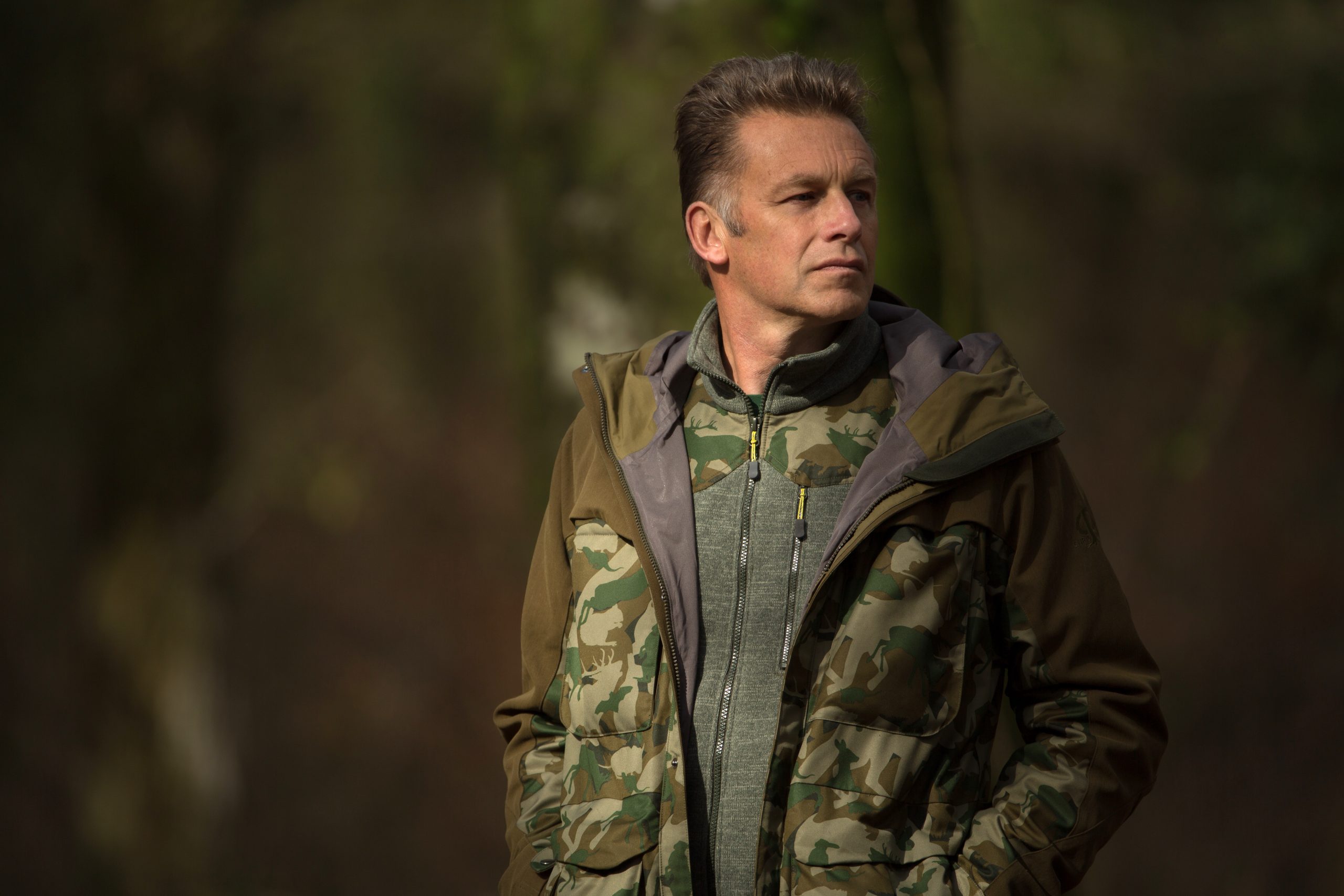 Chris Packham has been making wildlife programmes since the 1980s, from The Really Wild Show to Springwatch, working with the BBC, Nat Geo Wild and others. His work has taken him from the Arctic to Africa, and across the UK. He’s vice-president of the RSPB and Wildlife Trusts, patron of Population Matters, The Fox Project and Africat, and an Ambassador for the National Autistic Society. He’s one of the UK’s most passionate and vocal campaigners for wildlife, conservation and the need to combat climate change.

Has being vocal about wildlife ever got you into trouble?

Constantly. But I’ve always been of the mind that sometimes you have to make a little bit of trouble to make a great deal of difference.

Of course, that means I’m asking people to change their minds and their practices, and the human species, for all of its remarkable intelligence, adaptability and resourcefulness, is not very good at changing its mind. As a consequence, some of the people I find myself in conflict with do some quite unpleasant things in order to try and dissuade me from my mission. Not that it’s going to work. I am resolute in my determination.

The furious amount of animosity that I get on social media goes straight over my head and some of the more unpleasant things that have happened – the death threats, dead animals being dumped at my gate… – just fuel my determination even further.

We live in challenging times, don’t we? We need strong views and ideas.

I think we do. Unfortunately, we find ourselves in a time of great imperilment when we have the worst global governance that we could possibly imagine. We have a lot of people taking the wrong decisions or not making any decisions at a time of absolute crisis. It’s important that we, the democratic electorate, stand up and demand those decision-makers make the best-informed decisions.

We’ve got to keep our pressure up. I see it pretty much as a last stand situation on some accounts now. If we don’t take that last stand, then maybe we’re going to lose things that we will regret pretty shortly.

You’ve been making wildlife programmes for 35 years. Have wildlife documentaries changed from showing people animals and the natural world to more of a communication tool about climate change, habitat loss and other threats?

Yes. I see myself as a messenger. My job is to act as a conduit between the scientists and the public who need that information to shape their thinking. I still make programs where the wildlife are the stars, and generating a deep-rooted love for that wildlife will hopefully go into a desire to protect it.

But I stand firmly with Extinction Rebellion in the sense that one of my key mantras is ‘Tell the truth’. There is no more time for pretending that there is some sort of utopian paradise out there and everything will be ok. That’s all gone, and it won’t be ok unless we take some fairly drastic action.

What does wildlife mean to you? I’ve heard you talk before about being an isolated, troubled teenager with Asperger’s, listening to bleak music in your bedroom. Was wildlife a way out of that?

Yes, very definitely. At the time I thought I was jumping over the fence at the bottom of the garden and running into the woods, rather than doing my homework, because I wanted to find birds’ nests, catch grass snakes and find fox cubs. I thought I was going there because that’s where all the things that fascinated me lived.

But really I was going there to be normal, because I was on my own and therefore there was no contrast between me and my peers. As I got older, those differences became greater and my life became more and more difficult, so I was seeking refuge there.

I also realised in later life that I was going, not just to find those fascinating things and study them, but actually to be in a physical space where my mental and physical health were immediately improved. Now I understand that. Some of my days are highly pressured. When I come home, I get enormous rest by being in contact with nature, so now it’s more orchestrated. But as a child, it was essential and it certainly got me through some rough times.

Nature is very good for us, isn’t it? Science is increasingly finding connections between nature and our mental and physical well-being

Yes, there’s increasing science. For example, we can discern an enormous number of colours, maybe 10 million different tones of colour. The human eye is a remarkable organ, but the most sensitive part is in the green and yellow part of the spectrum, not the grey part. The ‘50 shades of grey’ is apparently a lie. We can only discern 30 shades of grey. We are not meant to be in grey environments. We’re meant to be in green and yellow ones. So when we go there, visually, its more comfortable for us.

We know that there are certain chemicals produced by trees that assist the development of our natural killer cells, those things that fight tumours and viruses, that when we are in woodland we are breathing them in.

There is not only a psychological but a physiological benefit to be in natural spaces.

You know someone’s now going to make an S&M film set in a forest?

It will be ‘two million shades of green,’ or something like that. It doesn’t quite have the same ring to it.

Do you still find time between TV programmes to go out with your camera?

Yes. I still have a deep passion for photography. It’s a personal thing. I enjoy working with creative teams when we’re making television or campaigning. But that process of making pictures, where you press the button and only you choose that moment to preserve a tiny fraction of the universe´s history, is still, for me, a very powerful thing.

One thing you do in your pictures, which I also like doing in my photography, is picking out details, rather than always going for portraits or behaviour. A photo can be feet, an eye, skin, feathers… Are you always looking out for details?

Yes. My neurological make-up is that I see an enormous amount of detail very quickly. That’s an asset as a naturalist because the devil is in the detail.

I spent quite a bit of time in art galleries. My favourite artists at the moment are all abstract expressionist painters. I like the distillation of the emotion into the most simple form. Mark Rothko, with his blocks of colour, I can sit in front of those and those simple blocks of colour and their construct can make me feel something unique and yet there is so little on the canvas. That to me is the ultimate ability.

Sometimes I don’t think you need the whole subject. You just need a bit of it to tell a story.

I’m constantly trying to find ways to represent wildlife or the landscape in a way that hasn’t been done before. That’s obviously increasingly challenging because there are so many good photographers out there.

The New Big 5 project is about celebrating wildlife through photography, rather than the old Big 5, which was about colonial hunters shooting and killing big game animals in Africa. What are your views on hunting animals for fun?

I’ve never understood that. I’ve killed animals but never for pleasure. I’ve had to dispatch wounded animals. I’m not opposed t, in certain situations, animals being culled if there’s no other alternative to protect them and their environment.

But the idea of going out and shooting something just for fun, I don’t understand. It doesn’t compute with me.

And I can’t make any argument for trophy hunting continuing in the 21st century. In many parts of the world, we have managed to get rid of slavery. We’re doing everything we can to stamp down on homophobia, gender imbalance and all those things, and then we still have people going out and shooting endangered wildlife for fun. It doesn’t add up.

What do you think on the idea of a New Big 5 of wildlife photography?

I hope the project helps highlight the urgent need for action to protect the world’s wildlife and our planet.

You’ve talked about population growth being a critical issue for the future of the planet. The UN predicts we’ll have 9.7 billion people on Earth by 2050. What changes do you want to see?

We need to talk about it. Obviously, population growth is implicitly involved with climate change – the more people, the more consumption, the more carbon.

It’s a tricky subject that most people have wanted to avoid because when you talk about regulating human population, they immediately think of the horrors of recent history. But it’s not about that.

I’ve been fairly clear about which part of the human population is doing the most damage, and it’s you and I. If all the world’s population would consume at the same rate as you and I did in the UK, we’d today need two extra planets. If all the world was consuming at the same amount as the average American citizen, we’d need four extra planets. Which means we’re surviving on the poverty of the population of other parts of the world.

It’s not just about population growth. It’s about how that impacts on consumption. It’s a complex issue which we have to look at in connection with all of the other factors that are damaging our environment. But to exclude it would be entirely fallacious because the idea that the population has doubled in my lifetime and has tripled in Attenborough’s lifetime, and the idea of there being nearly 10 billion people by 2050, I find personally terrifying. I don’t know where this space is going to be. I don’t know where the resources are going to come from. I don’t think anyone else does.