10 Critically Endangered species brought back from the brink of extinction 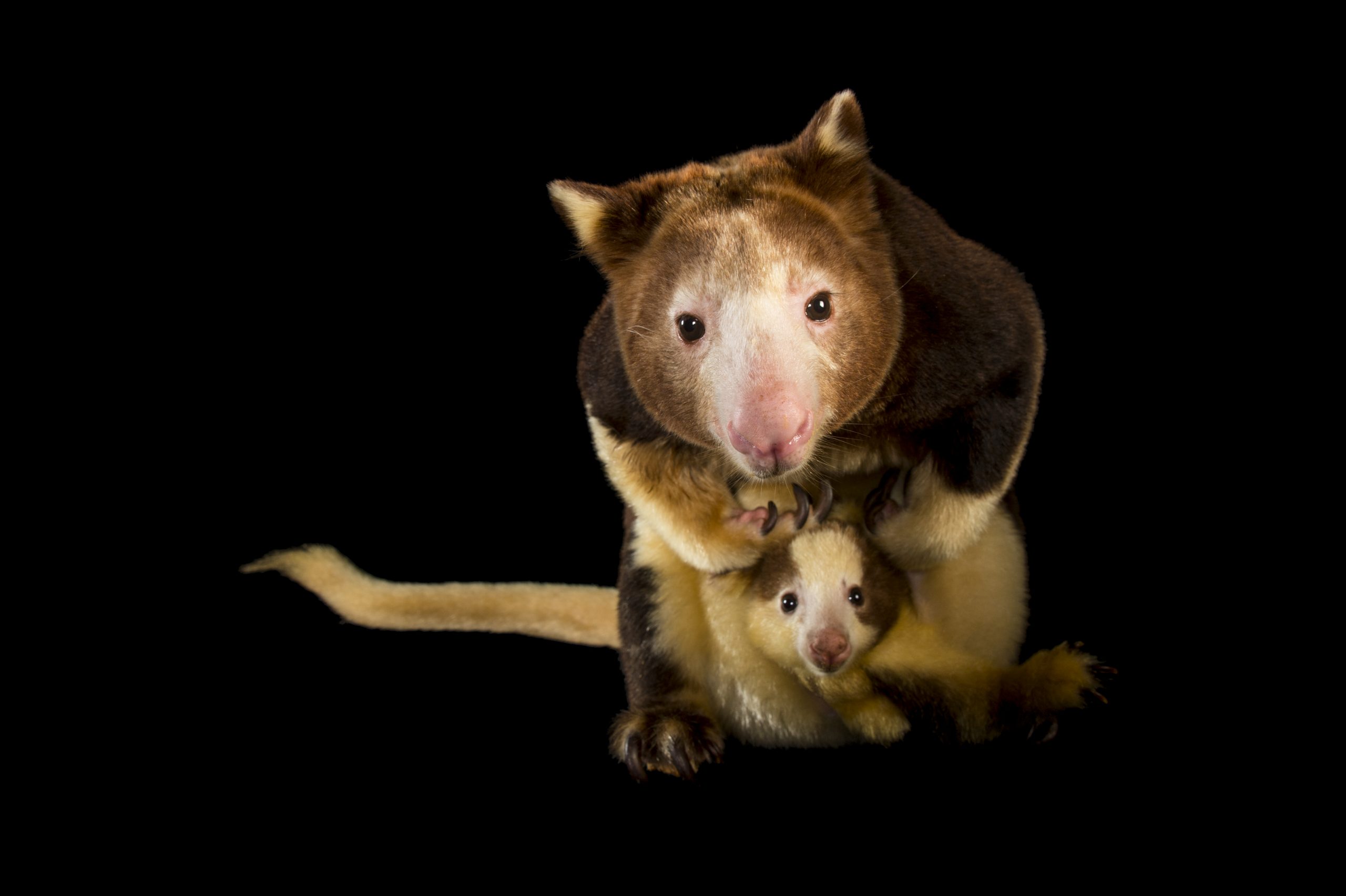 The IUCN Red List of Threatened Species includes 134,425 species, of which 37,480 are threatened with extinction. 8,188 species are listed as Critically Endangered.

Many of them are known to people all over the world and some would be strong contenders for a selection of New Big 5 species attractive to many wildlife photographers. For the first time ever, the latest IUCN list includes the African forest elephant as Critically Endangered and the African savanna elephant as Endangered.

But the vast majority of threatened treasures are at risk of disappearing forever without receiving much attention. Below are some of the fascinating yet under-appreciated species living on land, in the sea and soaring above us in the skies.

All of these species of creatures and plants below are listed as Critically Endangered but have been brought back from the brink of extinction by conservation efforts. What these stories taught me is that we must never give up. Even in the most improbable of situations, conservation works. We just need to do more of it.

Caribbean rock iguanas are the world’s most threatened lizards, and the endemic Jamaican rock iguana (Cyclura collei) is the most Critically Endangered among them. Considered extinct by the 1940s, largely due to habitat conversion and invasive species, it was re-discovered in 1990 in the tropical dry forest of Hellshire Hills, a remote, ancient Jamaican ecosystem. This event triggered an international recovery effort from local and international zoos, civil society and government, with great success.

The challenge isn’t over, though, as the biodiversity of the Hellshire Hills continues to be threatened by encroaching development, charcoal production and predatory invasives.

There are plans to reintroduce the Jamaican rock iguana and other Caribbean endemics to the Goat Islands, located just off the southern shore of Jamaica. This important action requires continued support to help make this a reality.

Oceanic islands cover roughly five per cent of global land area but they’ve witnessed 61 per cent of known extinctions. The main culprits are invasive species, implicated in 86 per cent of extinctions on islands since 1500 AD.

Such is the case of the Guam kingfisher (Todiramphus cinnamominus), the ‘sihek’ in Guam’s local Chomorro language. It was declared Extinct In The Wild in 1986, due to predation by introduced brown tree snakes (Boiga irregularis).

A mere 29 individuals had previously been rescued from the wild and kept in human care in zoos in the United States and Guam. Thanks to a breeding programme, there are currently 140 sihek in captivity, and their release into the wild – both within their indigenous range and outside of it, but free of brown tree snakes – is planned for 2022. This is as close to extinction as a species can get, but interventions have now given the sihek a new lease on life.

The forces driving the decline of biodiversity are enormous and often difficult to pinpoint. But not all conservation success stories require mobilizing resources and stakeholders on large scales.

The weimang (Dendrolagus pulcherrimus) and the tenkile (Dendrolagus scottae), two species of tree kangaroo, may have become extinct from their native Papua New Guinea were it not for the community-based conservation program of the Tenkile Conservation Alliance.

During the last decade, the Torricelli Ranges populations of these two species have benefited from a hunting moratorium, while the conservation programme has supported the wellbeing of people with improvements including water tanks, reliable food, fair land access fees, and participation and training in tropical forest management. Scientists have also contributed to camera trap monitoring.

Although weimang and tenkile continue to be listed as Critically Endangered, by focusing on the needs of people and wildlife, the forest and their populations, and the benefits they provide, are stable.

Of all the sea turtles, the Kemp’s ridley (Lepidochelys kempii) is the smallest in size, population and range, and the most Critically Endangered. It only nests at a single primary beach near Rancho Nuevo, Mexico.

Before the decline began, thousands of turtles would come ashore at this small strip of sand nearly simultaneously, in a daytime mass-nesting behaviour known as ‘arribada’. This remote location was discovered by the scientific community in 1963, but the population was already in steep decline; by the mid-1980s, only a few hundred females were left. Overall declines were estimated at over 90 per cent of the population that existed 70 years ago.

A coalition of government, academia and civil society launched one of the most comprehensive and successful international conservation efforts on record: an expensive and risky binational experiment to establish nesting beaches in Texas, USA, which was mass implementation of the use of turtle excluder devices on shrimp boats in the Gulf of Mexico. By the early 2000s, Kemp’s ridley turtles were on an recovery trajectory that, with a few dips, has continued for decades.

In 1918, a ship ran aground on Lord Howe Island. Black rats (Rattus rattus) invaded and within 12 years the entire population of Lord Howe Island stick insects (Dryococelus australis), 20 cm in length and endemic to the island, was wiped out.

It was declared extinct, and remained so until 2001, when climbers at the small rocky islet of Balls Pyramid, 23 kilometres away, rediscovered it. Soon after, two pairs were collected, 10 per cent of the 40 individuals estimated in the wild. One of these pairs went to Melbourne zoo.

13 generations later, with the participation of three other zoos, the captive population surpassed 13,500, all of them descendants of a single pair. Plans for reintroduction into the wild are in the works, pending the extermination of invasive rats.

Prior to the recognition of global amphibian declines in the 1990s, the Hula painted frog (Latonia nigriventer) was the first amphibian species to be listed as Extinct, a victim of wetland drainage. Endemic to the Lake Hula marshes in Israel, it was last recorded in 1955.

During the following decades, management practices changed and water cover was reestablished, especially within Hula Nature Reserve, which protects the remnant area of marsh. After unconfirmed sightings and unsuccessful searches, it was rediscovered by a ranger within the reserve in 2011. It’s now known to be the last survivor of a frog genus otherwise known only from Miocene fossils, and, although several small populations exist, its effective population size remains very low.

The largest one occurs in an unprotected ditch. Marshland restoration continues in the Hula Valley, where there has been a call to create habitat corridors to connect isolated marsh patches.

The Nassau grouper (Epinephelus striatus) is a big fish that forms massive aggregations that can reach 100,000 individuals. The first news of this behaviour were reported in scientific literature in 1971. 30 years later, the Nassau grouper was listed as Endangered by IUCN. Ten years after that, it was included in the United States’ Endangered Species List. Overfishing in spawning aggregations lead to severe declines, shifting from a commonly landed grouper in the insular Caribbean to Critically Endangered.

As with other fish, once pressures cease, populations rebound. Recent protection efforts in the Cayman Islands achieved three-fold increases in 15 years, and a regional conservation plan is now in place. Many spawning aggregations have declined or disappeared, but a path to recovery has been identified.

Forest restoration has been widely embraced by governments as a powerful tool to mitigate the impacts of CO2 on Earth’s climate. It can also play a role in recovering threatened native species and the ecosystems they inhabit.

The parana pine (Araucaria angustifolia) is a towering tree that grows to 40 metres in height, with a flat-topped crown and thick scale-like triangular leaves. They’re found in southern Brazil, Argentina and Paraguay. The extent of Araucaria forest is believed to have declined by more than 97 percent in the last century as a result of commercial logging and clearance for agriculture, though their restoration is gaining momentum.

There are major plans across Brazil, with the government committed to restoring 12 million hectares of forest by 2030. Local nurseries and planting organizations support parana pine restoration and increasing the number of other threatened tree species.

Research has been undertaken since 2011, locating ‘mother trees’ in the wild as a source of seed and to work out when seed should be collected. Threatened trees are grown in nurseries and training is provided to farmers, NGOs, businesses and universities. A dozen tree nurseries have added threatened species into their production.

There are about 50,400 plants on the IUCN’s Red List, such as the tiny Cornish Path moss (Ditrichum cornubicum), a very rare moss at former copper mines in England and Ireland. All three areas received government protection under the European Union Habitats Directive and the UN World Heritage Convention in the 1990s, while scientists investigated the species’ environmental requirements.

Mechanical stripping of surface turfs proved to be a simple but effective technique that resulted in a 20-fold increase. The moss remains very rare and occupies a narrow habitat. But it’s now currently assessed as being stable.

To pick species to highlight, I asked more than 10,000 experts in 174 countries that make up the IUCN Species Survival Commission (SSC) for help. Over 100 species were nominated, including entire assemblages of Asian geckos that only live in a single cave or a few limestone caves, a recently discovered pygmy seahorse (Hippocampus nalu) from a single bay in Southern Africa, thousands of kilometres away from its nearest relative, and a Brazilian guinea pig (Cavia intermedia) that numbers 40 individuals and ranges over 10 hectares in the island of Santa Catarina.

I had to follow a few rules to make my picks: they had to be listed as Critically Endangered, should jointly represent many regions and kinds of organisms, and be subject to direct conservation interventions.

Many of the wildlife photos above are by Joel Sartore / National Geographic Photo Ark. For more on the Photo Ark, see www.joelsartore.com and www.nationalgeographic.org/projects/photo-ark/.