The Swiss photographer on polar bears, climate change, and her Arctic addiction
By Graeme Green 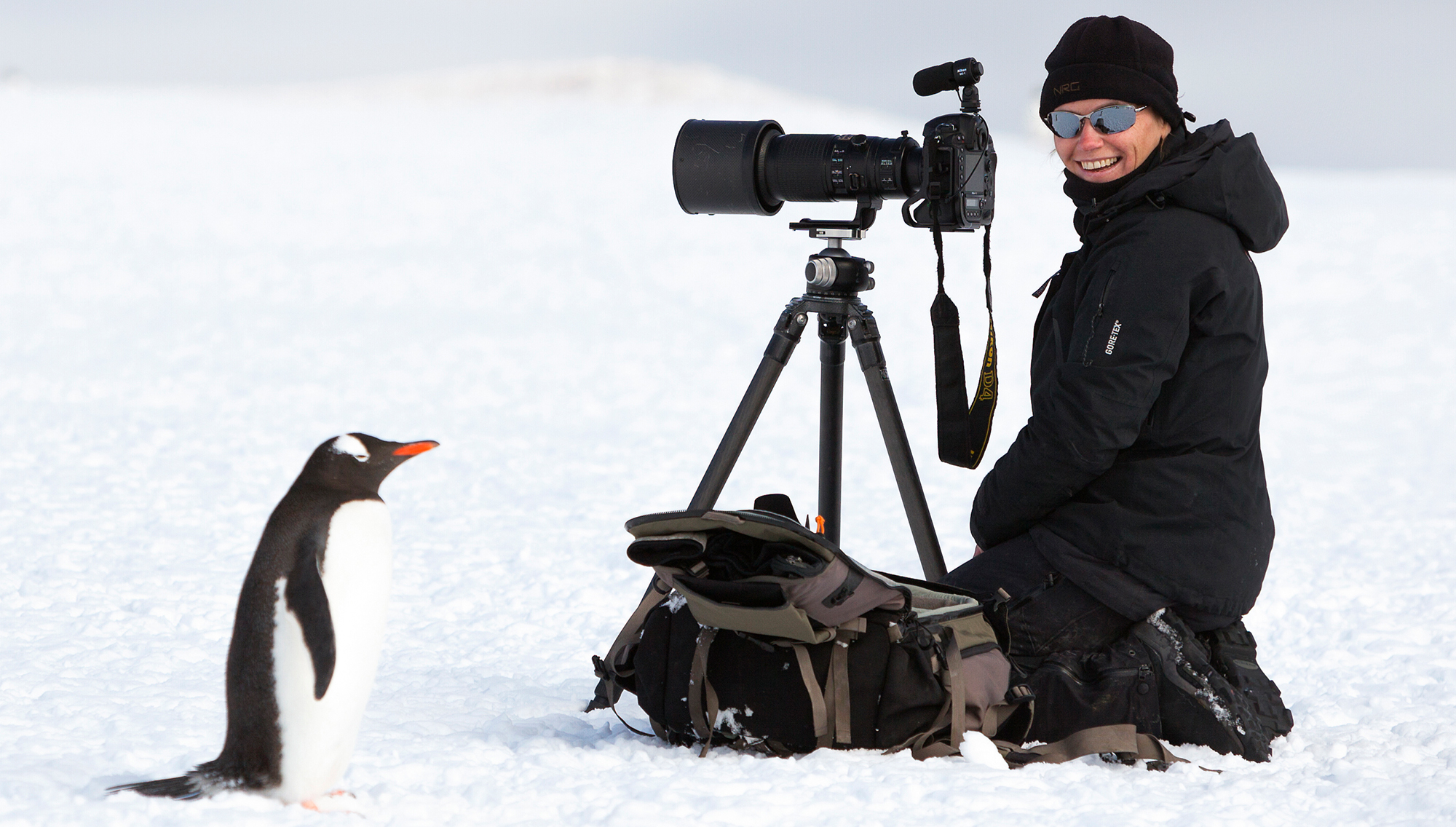 Daisy is a wildlife photographer whose work has appeared in publications such as National Geographic, Smithsonian, BBC Wildlife, Nature’s Best. She’s collaborated with the likes of Greenpeace and WWF. Though she’s worked all over the world, she’s described the Arctic and Antarctica as “an addiction and an obsession”.

What is it about the Artic and the Antarctica that you’re addicted to?

It’s the isolation from everything, from modern civilisation and all the distraction of social media, TV, news. When I’m here in the modern world, we’re bombarded by negativity, especially with the news right now. Going to these remote locations, I can totally cut off from everything and everyone, and that’s really refreshing.

Some photographers are addicted to the wildlife of Africa or in the rainforests of Asia or South America. What is it that draws you to the polar regions?

It’s the wildlife, and the fact there isn’t many people. I’m extremely uncomfortable in warm climate. I don’t cope well with heat and with people. I can feel totally comfortable amongst hundreds of thousands of penguins, but don’t put me in a crowd. I freak out.

I never got the Africa bug. I go to Africa, but it doesn’t run under my skin. It’s the Arctic and the isolation and the pure beauty and wilderness that you can find in these locations that really attracts me.

The wildlife in the Arctic and Antarctica need to be pretty tough to survive, don’t they?

They are amazing. It’s incredible how nature can adapt. You have creatures adapting to incredible, extreme conditions: polar bears are facing temperatures that go down to minus 50 and Emperor penguin that goes to minus 90 Celsius. Being able to breath at that temperature is just fantastic. It’s unbelievable. In Wapusk National Park in Manitoba, I think the last time I photographed there is was minus 54 Celsius with wind chill, and its brutal. Nothing can be outside. Not a single piece of your skin can be out or you will get frostbite. I can’t even use my glasses because they stick to my skin. The only thing that stays out is your eye.

It’s painful. It’s always borderline whether you are going to get frostbite or you are going to get the picture. And it’s just unbelievable that these creature, the colder it is, the more comfortable they seem to be. On a warm day, and I am talking minus 5 Celsius, it’s just too hot. They don’t move because it’s too hot for them. So you can really see how they are going to be affected by climate change.

What effects of climate change have you seen in the two decades you’ve been exploring the polar regions??

It’s very different, from the Arctic to Antarctica. In the Artic, we’re seeing the ice cap totally melting away, 50 per cent in 30 years has melted, either in extension and thickness. It’s huge – if you go to Svalbard and you cruise along the coast, in the summer or end of the summer, you can see huge rivers forming and coming down to the sea from the ice cap. It’s just totally, melting away. It’s very scary.

More and more often you see bears not on the ice but in the water, just swimming. They’re excellent swimmers and they spend all their time in the water or on the ice, but, unfortunately, nowadays, there is not enough ice and sometimes we find them dead or drowned because they are tired because they don’t have any ice to rest on, which is extremely sad. There are bears that are very, very skinny.

In Antarctica, it’s complicated. The peninsula, on average, is the place on the Earth that warms the fastest, so the peninsula is really affected by climate change, but then in the Weddell Sea, we see the opposite. We see a cooling effect.

We used to use the term global warming but actually there are places on our planet that are cooling off because of climate change. It’s an extremely complicated process. In the peninsula where I usually work, from November through March, you can see early in the season, there is more snow. The snow is very bad for the penguins, because the penguins need pebbles to build a nest. They have to wait longer to reach the pebbles to start their breeding process.

We see an amazing differences in populations. So Chinstrap and Adelie penguins, which actually feed mainly on krill are in drastic decline, while Gentoo penguins, which have a more varied diet, are thriving. I can see, over 23 years, the locations where there used to be a mix of three types of penguins, Gentoos are taking over.

Adelie penguins are collapsing in the peninsula but in the Ross Sea, they are doing great because its colder.

It’s very interesting and complex what’s going on. There are huge changes in the peninsula.

The next 10 years are critical for wildlife around the world, including polar bears, isn’t it?

Absolutely. I’ve been going to these places for more than 20 years. Climate change is still a very hot topic. The animals that live in the polar regions are very dear to me. These creatures really need the attention of the public.

Climate change is real. It’s happening now. It’s not only about saving species and protecting their habitats. It is now about protecting our species, our kind. Because we are totally destroying our habitat. There is still hope. We can change it.

You’re a member of the International League of Conservation Photographers. What impact do you think photography can have?

Dostoevsky said “Beauty will save the world”, and I strongly believe in the power of beautiful images to reach people’s hearts. Conservation science can’t go anywhere without images. Science can provide the data on an issue and also suggest solutions.

If you like, science is the ‘brain’, while photography is the ‘heart’. It’s only by having science with photography that we can touch people’s hearts and move them to action. I don’t think science is as powerful without photography.

Graeme Green is a journalist and photographer: www.graeme-green.com. 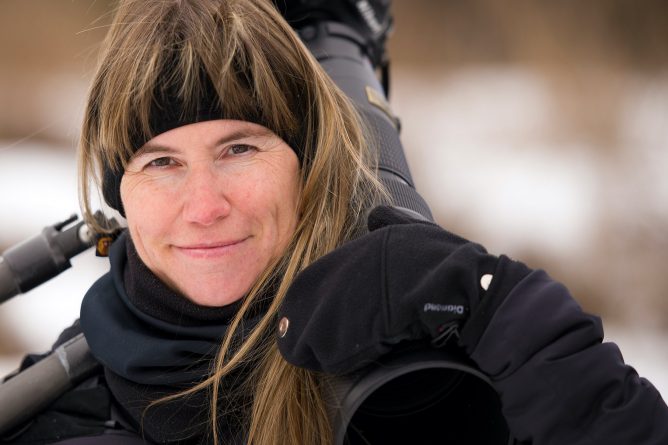 Daisy Gilardini: New Big 5 podcast
On bears and penguins, the Arctic, climate change, and her love of 'disconnecting' in wilderness areas
Podcasts 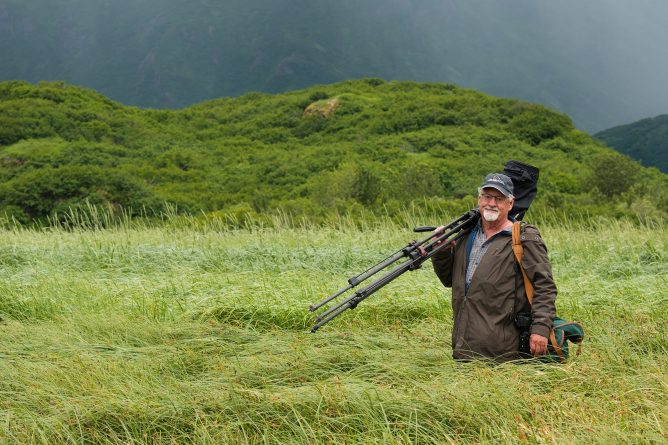