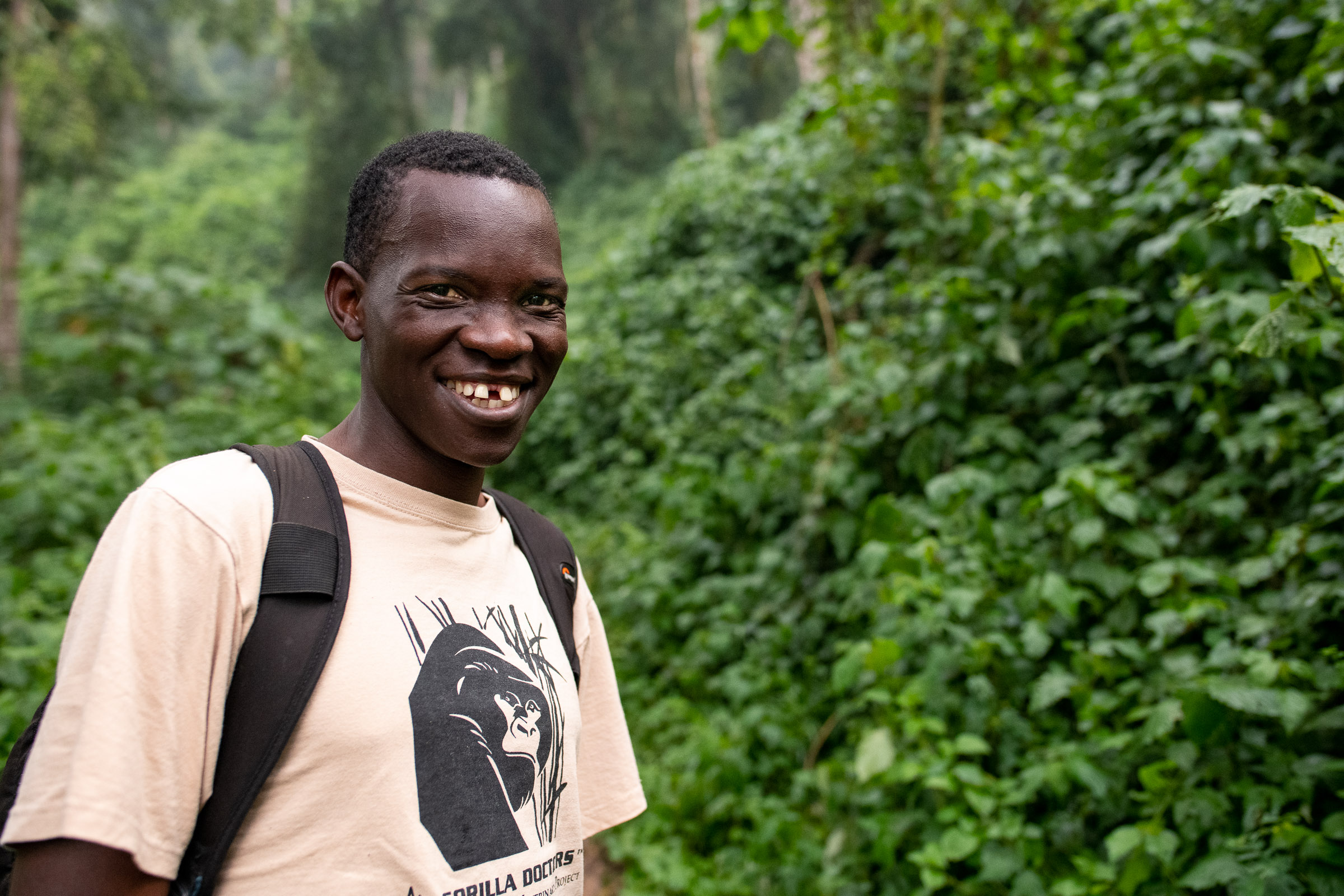 Dr Okwir Ricky Okello is a field veterinarian working with the charity Gorilla Doctors who provide veterinary care in the wild for gorillas in Uganda, Rwanda and DRC. Dr Okello works in their Uganda team. He’s also a photographer.

What made you want to work with wildlife?

I used to love dogs so much. When I was five years old, the dog that I loved most died in my arms. I felt so sad about that dog because it wasn’t treated. I felt that if I was a veterinarian, probably I could have saved that dog from dying.

Then, at around 10 years of age, I lived in a place where there was a lot of hunting for bushmeat. There was a squirrel that was speared and it had a baby. When I saw the squirrel struggling, I started treating it. I used to see my mother treating my wounds and I used the same medicine they were treating me with. After a few weeks, the squirrel recovered and went into the bush. From then, I felt like I should become a veterinarian.

Is every day as a ‘gorilla doctor’ unpredictable?

It’s very, very unpredictable. We do four main activities, including routine health checks and monitoring visits.  The one that is very unpredictable is the intervention, which is treatment, where you have to dart the gorilla. One of the last interventions I had took me about 10 hours to remove a wire snare from an injured infant.

The fourth activity that we sometimes have to do is the post-mortem.

Do the deaths affect you?

It is very, very emotional. Yesterday, I received a phone call that there was a very sick individual in Mgahinga National Park. This morning, I woke up and prepared my darting equipment, so I could go and treat that individual. We started searching. That gorilla group had 18 individuals, but we found only 17, meaning the other one was missing. After about one hour, we found it was already dead.

It is it is very, very sad to go with your darting equipment, thinking you’re going to save a gorilla, and you find it is dead. The one thing that makes me so sad in my work is when I do a post-mortem.

What are gorillas like as patients, compared to humans?

If you’re talking about a habituated gorilla group, they’re very easy to work with. But the unhabituated gorillas are completely wild. When you meet them, either they’re going to run away from you or they will come to attack you.

The habituated gorillas are very accustomed to human beings. When you go there, they know you are part of them, unless you try to do something weird. For example, if you are going to visit a gorilla, you don’t hold a stick. In the 1980s or early 90s, people hunted these gorillas. When they look at the stick, they might mistake it to be a spear, so a gorilla will react, thinking you want to spear them.

Probably when you are treating the gorillas for the first time, they might not recognize what a dart gun is. But if you come back the next day to treat them, most likely they’ll be aware of a darting gun and they’ll start running away.

You’re also a photographer. How do you use cameras in your work?

Photography is one of the best tools in disease-diagnostics in the wild. For example, there was one gorilla in a group that we knew had a limp. One time, when I scrolled through my photos, I could see something on the hand. I zoomed in and saw it was a snare. It had stayed for a long time in the gorilla. Actually, part of it had been buried in the skin.

The next day, I came back and darted the gorilla. After I removed the snare, it took about two months, and the gorilla is now walking normally. Photography can help you see what you could not have seen with the naked eye.

It’s also a very good tool in research. Currently, I’m trying to look at how the tooth erupts in the infant mountain gorilla. What I do, the moment any infant is born in a particular group, I would be there at least once a week, taking photos. When infants are young, they’re very playful and, most of the time, they are laughing. I would be very attentive when they laugh, to take photos to show if there are any teeth coming. It will take me about five months for me to compile photos to show at what age the tooth came out.

There are some of the poachers who are now ex-poachers. If you recruit an ex-poacher, it means he’ll benefit from tourism. That person is most likely not to go and benefit from wire snares. They know if the revenue comes down, they will lose jobs.

Gorillas require a lot of space to roam. Is human-wildlife conflict a problem in gorilla regions?

The gorilla habitat in Uganda and Rwanda is very, very heavily protected. There’s no threat of people encroaching into the park, whereas in Congo, because of insecurity and the war, it’s still very difficult to push people out of the forest.

The only challenge in Uganda and Rwanda is that the population density around the protected areas is so high. For example, in Bwindi, around the park, the population density is about 300 persons per square kilometre. If you have 300 persons per square kilometre and some of these people are poor, most likely they’re going to revert and start poaching or doing illegal activity and enter into the park to get maybe firewood, maybe to get building materials. Some of them will set up wire snares. Some of them can transmit disease into this gorilla population.

Human populations around the world are expanding. What do you think would help reduce pressure between protected parks and people?

The last census in Bwindi showed the population increase is about two per cent per annum. We think in the next many years that that population is not going to be over the current capacity of Bwindi. But there is already something which is going on.

We have Bwindi impenetrable National Park and there is another forest in Uganda, called Echuya forest. It’s about 12 kilometres from Bwindi, and they think in the past 50 years or 60 years there were gorillas in that forest. The current thinking is to upgrade Echuya forest into a national park and think of a way of connecting a corridor from Bwindi to Echuya forest, so that gorillas can move freely between the two forests. That means that in the near future the gorilla will have even more land.

In Rwanda, they’re already thinking of somehow buying off some areas around the protected areas, so they can expand the forest for the gorillas.

Mountain gorillas are listed as ‘endangered’, with 1,063 living across Uganda, Rwanda and Democratic Republic of Congo. Are you hopeful for the future of mountain gorillas? 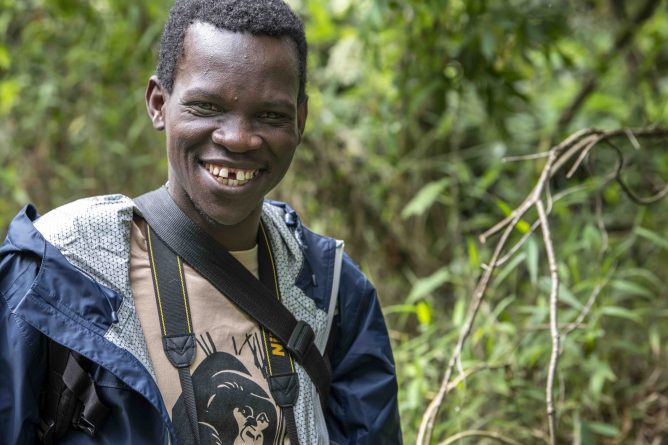