The Nigerian conservationist on leadership, Covid-19 and the future of Africa
By Graeme Green 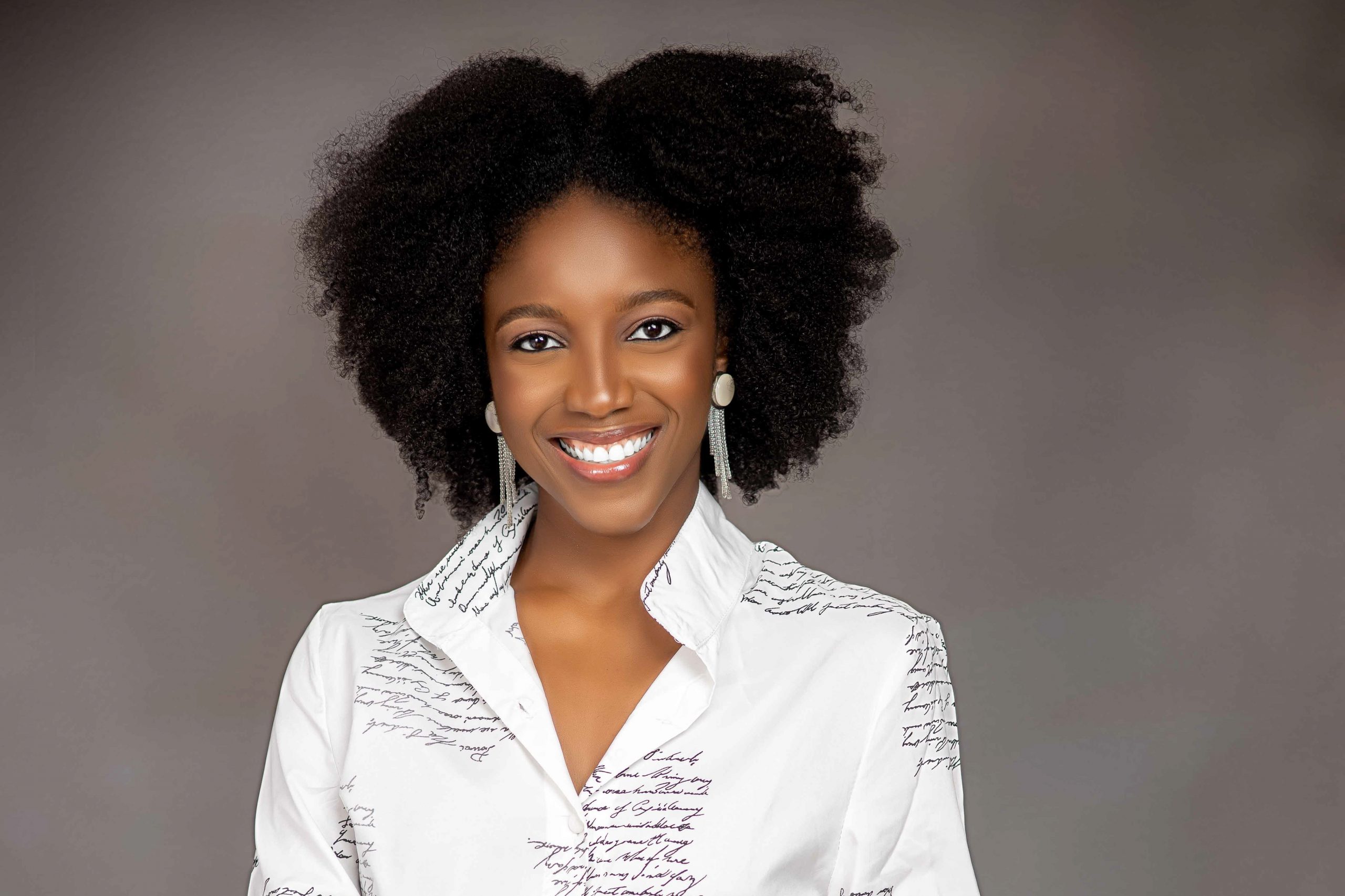 What was your first experience that made you want to work in conservation?

My passion for nature was born out of a passion for order and tidiness. At first, it was an interest in the environmental degradation happening in Nigeria’s Niger Delta.

I grew up as a city girl and barely saw any animals in the wild until I was done with my Masters degree and decided to kick off my environmental career with AWF. My experiences there reinforced my personal faith-based beliefs that we’re custodians of the Earth who should care for it as we benefit from it.

What’s the mission of the ALU?

ALU’s part of the African Leadership Group’s mission to transform Africa by developing three million ethical, entrepreneurial leaders by 2035. Traditional universities guide students to acquire knowledge in a specific area but we aim to create graduates who’ll eventually lead specialists to work together and solve problems that are larger than any one person. Our approach gets students involved with the real world at every possible step. They develop the character that’s crucial for leaders.

Not many people would have dreamt in the last half-century that AI and big data experts would be as important as doctors and engineers. So future pioneers need to be people who are prepared to create or work in jobs that don’t even exist yet. That means learning skills to solve problems as they come up.

Why is it important to have more African leaders in conservation?

I think of it as living in my house and having a foreigner call the shots in my home. It’s very reminiscent of slavery, of apartheid in South Africa, of colonisation across the continent.

If this is my home, but someone else is making the decisions, someone who has a home elsewhere that they can go to if something goes wrong, like a drought, that might mean they can get on a plane, go home and have clean running water. There’s a greater sense of confidence and ownership when the people involved are from here and have a real stake. I’m more likely to believe they’ll make decisions in my best interests.

What changes would more African conservation leaders bring in?

Some policies would be more holistic. In Nigeria, tourism hasn’t flourished as much as it should have. If you have a leader who understands conservation and the benefits of eco-tourism, they’d be more likely to invest in infrastructure, like airlines or better road networks to hinterlands and iconic sites.

It’s also about more nuanced things, like language. If I’m in a negotiation with someone where I don’t speak the language, it’s likely I’ll miss out on context or I could offend someone. Humans are emotional, as much as we like to think we’re logical. If a community leader’s offended by something a person coming in from outside does, who doesn’t understand a situation, they’re less likely to want to work with them.

What would you like to see happen in Africa in the next 10 years?

Since Kaddu Sebunya took leadership of the AWF, they’ve stepped more into the policy space, engaging more with African governments on conservation issues. Their lead policy advisor in DC is Zimbabwean and he can realistically speak on behalf of African people with the American government because he’s African. I’d love to see more of that, where the voices and decision-makers in conservation at any table around the world for this continent are Africans. It’s more effective.

I’d also like to see the wildlife economy contributing between 1 and 5 per cent of GDP in many African countries that have rich biodiversity. Some can push it even higher.

Do you also want to see local communities more involved with protecting wildlife and nature?

If local people don’t have a stake in conservation, they won’t be sufficiently motivated to protect it. That’s the reality. Maasai land owners are often faced with selling their land for agriculture or real estate development versus keeping it in conservation areas. Unfortunately, because many of the conservation areas are dependent solely on tourism, they don’t generate anywhere near as much as a real estate project.

Even if it doesn’t make as much money, if I understand the reasoning and I’m part of the decision-making, then my altruism will kick in. But if I’m completely side-lined, I’m less inclined to want to protect natural resources. And that inclination will diminish more with every generation. Younger people won’t understand why they have to protect natural resources because they’ve never benefitted from it. People need to understand the importance of wildlife, where it pays for school fees or healthcare.

You have to involve local people if you expect conservation outcomes to last for a long time. And you have to do it properly. It’s important for local people to be involved in decision-making roles from the beginning, not tokenism. They need to part of designing the solution.

Have mistakes been made in the past with conservation?

In East and Southern Africa, indigenous people have been moved out of parks, often for scientific reasons, but without looking at the social side of it. It happened across the continent and in Asia. Mistakes have been made, often by passionate scientists with good intentions who were trying to minimise threats to endemic or threatened species. The short-term easiest solution is to move people out.

Is it possible for people and wildlife to live alongside each other in a safe and sustainable way?

There are many cultures around the world, whether Maasai or Inuit, that show you can live with wildlife. It’s about the techniques you put in place. But as populations grow, it becomes a much more sensitive matter, because the demand for land and resources increases between people and wildlife.

You need to find homegrown solutions, like Lion Lights, where a young man used lights around the boma to protect livestock and keep predators away, or honeybee projects, or better planning for settlements within national parks.

How bad has the Covid crisis been for people and wildlife conservation in Africa?

We’ve seen a crash of incomes and livelihoods of people working in tourism lodges. In many cases, it’s not just about one person’s revenue, but a family’s revenue. That affects whether children can go to school, if there’s no money to pay for school or for healthcare bills. It puts people in an extremely vulnerable position.

It impacts on other businesses too. A lodge will encourage local people to set up small vegetable farms. Suddenly, that farmer doesn’t have any clients. People think tourists will always come and the lodge is always going to be there.

Conservation projects have also had to downsize because of the drastic crash in tourism revenue. Some projects shut down.

Is it dangerous to rely so much on tourism for jobs and conservation funding?

Yes. You can’t rely on any one singular stream of income. With some conservation projects, they’re 90 or 100 per cent reliant on funding from tourism.

That’s the case with any sector. Take my country, Nigeria. Our economy is considered unstable. One of the reasons is because we rely very heavily on oil. When organisations are keen to grow, they seek to diversify and have multiple streams of income. In Nigeria, the powers that be aren’t motivated to develop any other sectors when they have a steady rent coming from a particular income. It doesn’t encourage innovation.

Tourism’s so vulnerable to political and economic changes. We saw it in Kenya where there was very vibrant wildlife tourism and conservation, and then Al-Shabaab committed their attacks and tourism tanked. It isn’t safe to think tourism will always sustain you

What alternatives are there in and around national parks and wildlife reserves?

Eco-tourism is just one part of the wildlife economy. It’s important to diversify. That could be non-timber forest products, or NTPs, anything that comes from forests that isn’t wood: coffee, cocoa, Shea butter, Afang leaves… There’s bushmeat ranching, fishing… Carbon credit projects can generate money over time.

Is it difficult to create jobs that bring in the same amount of money as tourism?

Yes. But little drops of water make the ocean. If you have a conservation project that combines one or two non-tourism options with tourism, it will be more reliant in the face of shocks like Covid.

If people had more options, do you think the Covid crisis would have been different in Africa?

It would still have been a hard hit. Tourism employs a lot of people, but it isn’t the only sector that’s been hit. Covid-19’s keeping many people in their homes, unable to work. But tourism does bring in a lot of revenue. If people had more options, the impact would be less hard-hitting and less of a dire situation than it is now.

Covid has sparked a lot of innovation in the sector, though, with culinary classes, virtual experiences, and other things few people had thought about. There’s definitely a rainbow on the other side of this problem.

Elizabeth is working on the Beyond Tourism In Africa Innovation Challenge, a joint initiative from the Luc Hoffmann Institute, the ALU School of Wildlife Conservation and WWF, exploring ideas for projects to communities across Africa make a living, manage natural resources and protect wildlife without relying on tourism. Find out more at luchoffmanninstitute.org/beyond-tourism-africa-winners/.