Everything you need to know about African lions 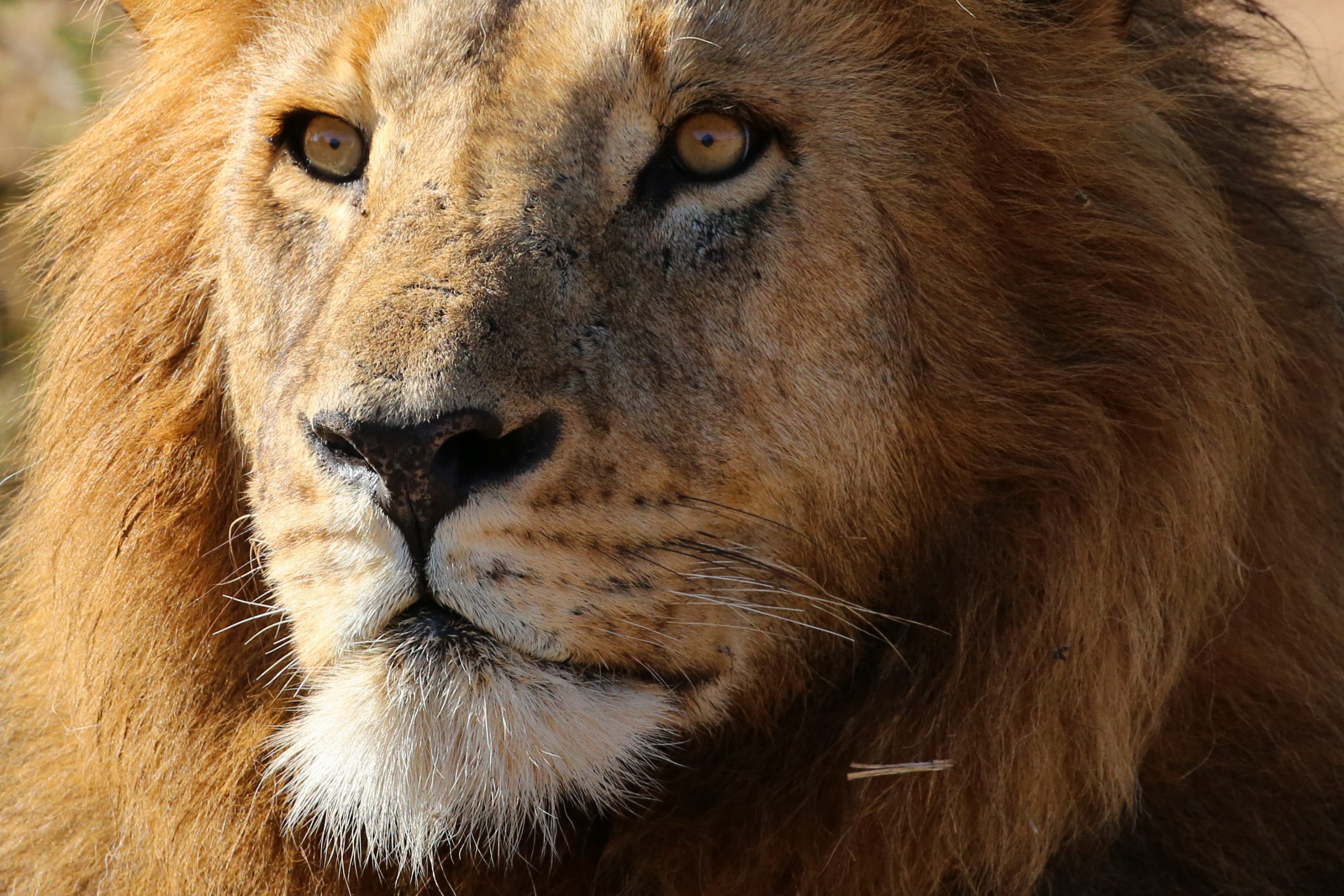 Roaring ‘Royals’ of the big cat family, with a powerful grip on popular imagination

Second to tigers, lions are the largest cats in the world. A fully grown male lion weighs around 190 kgs (420 pounds) and a fully grown lioness around 130 kgs (280 pounds). Lions are sizeable creatures measuring around 6 feet long, the length of a fairly tall adult, excluding the tail. The lioness measures slightly less.

Life in the wild is severe. Lion cubs have a 50 per cent mortality rate in their first year. For those resilient lions that survive into adulthood, a lifespan of 10-15 years can be expected.

Lions bred in captive environments and provided food and shelter all their lives, however, can live up to 25 years. The irony is that the life of captive lions is usually devoid of stimulation and full of unnatural stress, so if you asked a lion which they’d prefer, they would likely choose the dangers of the wild in order to be in their natural environment, enjoying natural behaviour.

Lions used to roam most corners of the globe from southern Europe to Russia, Asia and Africa. Today, however there are only six African countries with populations of over 1,000.

Lions have lost 95 per cent of their former range and are extinct in 26 African countries where they once thrived.

Lions prefer grasslands, savannahs, dense scrub and open woodlands. They require large roaming areas of thousands of acres for each pride. They enjoy drinking water daily but are adaptive and when water is scarce can go several days without. Lions, like most cats, avoid the heat of the day by resting under the shade of trees and do most of their hunting at night.

Lions are 100 per cent carnivorous and commonly kill and eat buffalo, wildebeest, zebra, warthogs and a variety of antelope species. They’ve also been known to eat baboons and hippos. Some large prides have developed such coordinated hunting attacks that they can take down an elephant.

Hyena and lions both eat carrion, so will fight each other off carcasses in an effort to get whatever meat they can with the least effort. Although only hunting every few days, lions need on average around 10kgs of meat per day.

The sexual behaviour of lions is interesting. Although male lions can mate many times a day for days on end, it’s usually the female who selects a mate. She can go into false oestrus to distract a roaming male, as they sometimes kill cubs to establish dominance. A female can also be pregnant with more than one male’s cubs, which further protects them, by tricking the male into thinking all the cubs belong to him.

By two years old, young lions have reached maturity. Although male lions are then often kicked out of the pride, the young lionesses remain.

Lions can sleep up to 20 hours a day. As top predator, they spend most of their days sleeping peacefully in the African bush. They’re social and affectionate animals that form strong bonds with their pride members.

The powerful roar of a lion can be heard up to eight kilometres away. It’s often used as a declaration of territory, to warn away rival adult male lions. Prides often roar together, sending out a clear signal.

Only the male lion has a mane. Usually, the older the lion, the darker the mane. Manes can be a sign of dominance, used to attract female suitors.

Although lions are often referred to as the King of the Jungle, they live on grasslands and plains.

A lioness is the main hunter of a pride. The male lion’s role is to protect the pride. Lions love to hunt at night and also during storms, when noise and wind distract animals and make it less easier to detect the oncoming threat.

The lion is the only cat to have a tassel on the tail. The tassel usually appears halfway through the first year of the lion cub’s life.

A lion’s tongue is as rough as sandpaper and covered in tiny papillae spines that are used to clean food and dirt from their fur.

How Many Lions Are On The Planet Today?

Generously speaking, there are 15,000 wild lions alive today. 80 years ago, there were around 450,000 wild lions. Wild lion numbers have dropped by a shocking 43 per cent over the last 20 years.

There are many more living across the globe in captivity.

The Greatest Threats To Lions…

The greatest threat to lions is habitat loss. Lions’ natural habitat has shrunk dramatically, losing 95 per cent of their former range. The expansion of human populations, urban development and agriculture has stolen most of their habitat. Unbridled development, profit and pressure from human settlements are the driving factor. For example, last year Tanzania gave away 700,000 acres (1,8 million hectares) of wildlife habitat to agriculture, livestock and human settlement following an assessment of land disputes.

With the decrease in lion populations comes the decrease in genetic variety, making wild lions susceptible to inbreeding and disease, causing early death and unnatural behaviour. Our planet has a perfectly balanced ecosystem that sustains life in a healthy way, but it can only take so much of the dramatic interference and intervention man has forced upon it.

Captive lions face entirely different challenges. Born into captivity, their existence is capitalized on at every age, from unethical tourism practices, such as cub petting, lion-walking and the abominable canned lion hunting, a form of hunting where a lion is shot in an enclosed area, without hope of escaping and often under circumstances where it has been raised to not fear humans. Three captive lions are shot every day in South Africa alone.

Once hunted, lion bones are then exported to countries in Asia where there is a demand for exotic wildlife parts to be used in traditional medicine and as an symbol of the upper class. Some scientists believe there is a link between the bone trade and decrease in wild lion numbers, as poachers are incentivized to go out and find a lion carcass by whatever means.

Lions have until now been a bit of a blind spot in conservation awareness. Share this article and talk to people you know about the dramatic decrease in lion numbers and the challenges they face.

Stay away from facilities that engage with captive breeding, petting of lion cubs and lion-walking. Do not believe the narrative that the lions are being bred to be released into the wild. Captive lions cannot be successfully re-wilded. This is a myth used for marketing to unsuspecting tourists

Discourage any hunters you know from coming to South Africa to hunt lions. Although some hunting facilities claim to be ethical, it is almost always a fallacy.

Spread the word that lion bone has absolutely no therapeutic value. This applies to all animal body parts. If you have friends or influence in Asia, speak out against this.

Support non-profits such as the Kevin Richardson Foundation who work in restoring wildlife habitat and provide education to rural communities that live in conflict areas with lions. Most wild lions are killed by poor farmers protecting their livestock. Organizations that empower these communities are doing more for lion protection than any other approach to conservation.

Support campaigns to ban canned lion-hunting. There are annual marches in many countries all over the world.

Lead lion photos and others marked by Graeme Green: www.graeme-green.com. 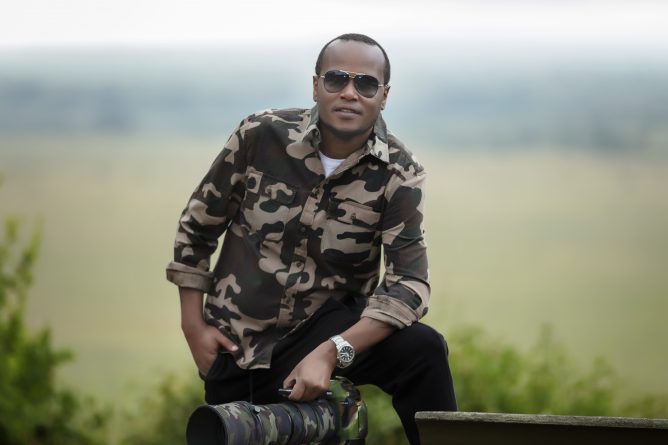 Clement Kiragu: New Big 5 podcast
On big cats, the Great Migration, struggling to become a photographer, and changes in the Maasai Mara
Podcasts 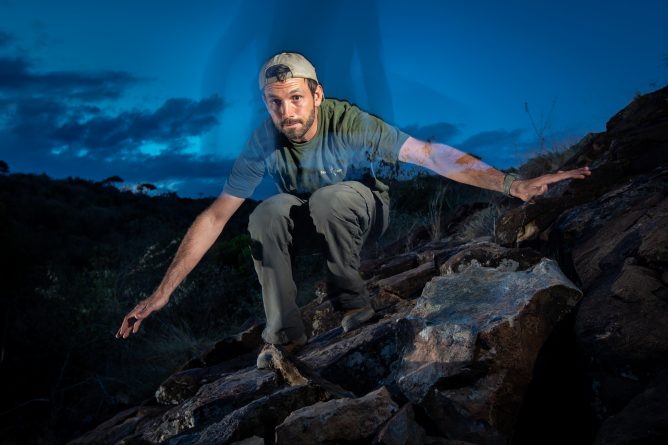 Will Burrard-Lucas: New Big 5 podcast
On giant tuskers, Ethiopian wolves, Beetlecams, and tech innovations to stand out from the crowd
Articles