Everything you need to know about orangutans

The 'people of the forest', from massive cheek pads to frugivorous diets
By Ashley Leiman, Director of the Orangutan Foundation 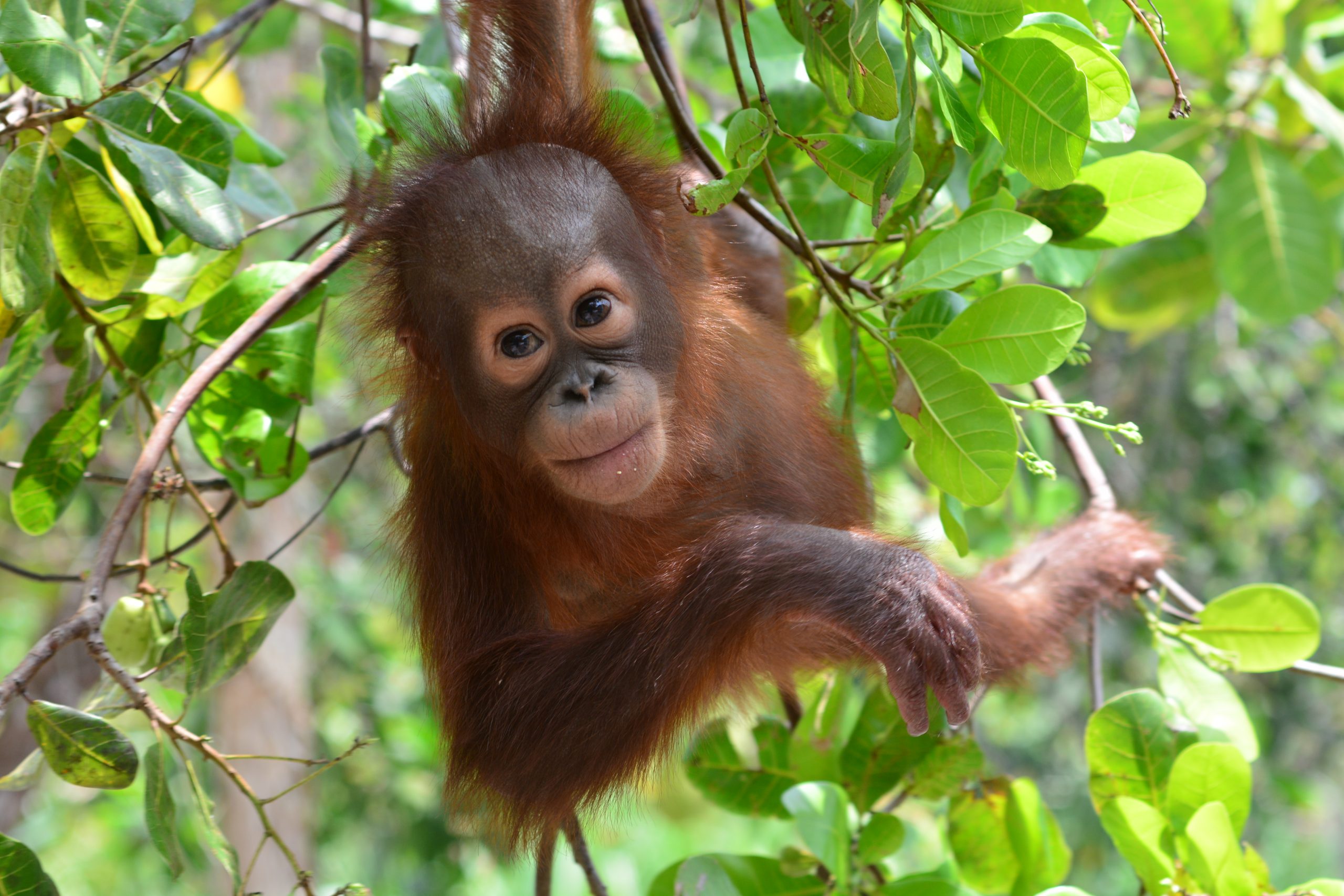 Orange-haired great ape, known as the ‘people of the forest’.

Orangutans are the largest arboreal (tree-living) mammal in the world, with males weighing up to 120kg.

The oldest known orangutan died in captivity in 2018 at the age 62, but they can often live into their 40s in the wild.

There are three species of orangutan: the Bornean (Pongo pygmaeus), Sumatran (Pongo abelii), and the newly discovered Tapanuli orangutan (Pongo tapanuliensis), all of which are found on the islands of Borneo and Sumatra in Indonesia and Malaysia.

The orangutan is the only member of the great ape family found in Asia. All the others are found in Africa.

Tropical rainforest environments are the prime habitats for orangutans. They can be found in forests from lowland peat-swamps to higher mountainous terrains.

Orangutans are frugivorous – they have a diet that consists mainly of fruit. But they will also eat young leaves and termites. They’ve been known to use plants to self-medicate.

Orangutans reproduce quite slowly. A female generally gives birth every 6-8 years in the wild. Orangutans have a gestation period that’s similar to humans. Mothers will be pregnant for around 9 months before giving birth to a single infant.

Orangutans are primarily a solitary species. They will regularly roam around their individual forest ranges to visit multiple fruiting trees. They act as an important seed-disperser for forest ecosystems.

The word ‘orangutan’ locally means ‘person of the forest’. In some Bornean tribes it is believed orangutans are able to speak but they don’t for fear of being put to work.

Orangutans are very intelligent and share 97 per cent of their DNA with humans. They show the capacity for using tools and have been observed using tree branches for shelter and as implements to collect food.

Each night, orangutans will make a new nest in the canopy by folding tree branches together in order to sleep in the trees. In rainy conditions, it’s common for individuals to also create an umbrella out of leaves and put it on their head to stay dry.

Male orangutans can have large cheek pads, known as flanges, and throat sacs that act as echo chambers. These sacs can produce a loud, long call that can travel more than two kilometres through dense forest vegetation.

Female orangutans will look after their young for longer than almost any other species. In order for young orangutans to learn essential forest skills, mothers will often accompany them for the first eight years of their life.

How Many Orangutans Are On The Planet Today?

Orangutans are categorised as ‘critically endangered’, one step away from being classed as ‘extinct’ in the wild. Findings from 2017 estimate that there are around 57,000 Bornean, 13,000 Sumatran, and 800 Tapanuli wild orangutans in existence.

However, it’s estimated that the Bornean orangutan population alone will decline by 86 per cent from 1950 to 2025 due to habitat loss.

The Greatest Threats To Orangutans…

Habitat loss is the single biggest threat to orangutans and their tropical forest environment. Vast areas of biodiverse forest, home to orangutans and other endangered species, has been destroyed by logging or to make way for palm oil plantations, the oil used in common supermarket products, from snack foods to cosmetics.

With over 80 per cent of orangutans living outside of protected areas, thousands of orangutans are exposed to their habitat potentially being destroyed.

In under 40 years, it’s estimated that almost 40 per cent of Borneo’s original forest cover has been lost, primarily as a result of increased farming through plantations, logging, mining, and forest fires. Fires occur annually during the dry season in South-east Asia as a result of local hunting and farming techniques, and can be exaggerated during particularly dry El Niño years. In 2015, for example, extensive fires cleared large areas of prime orangutan habitat and destroyed forest areas equal to the size of Wales. It’s for this reason that Orangutan Foundation combats these threats by establishing a forest protection and rehabilitation programme in Central Kalimantan, Indonesian Borneo.

As consumers, we can all make a difference by ensuring that we shop sustainably. Products that contain sustainable palm oil are recommended, as they don’t further degrade forest environments.

Share this article and send the message out to friends and family about the serious risks that orangutans face, and issues such as palm oil.

Safeguarding the diverse forest environments where orangutans live is central to their future. Orangutan Foundation work with local communities and governments to do this. Currently they employ 25 local people in Indonesian Borneo to protect over 500,000 acres of forest. You can help by sponsoring an acre of rich habitat from just £2 an acre.

As a result of habitat loss and human-wildlife conflict, it’s not uncommon for young orangutans to be found in isolated areas without their mothers. Another way you can help is by adopting orangutan orphans as they enter soft-release programmes where they learn the forest skills necessary for a life back in the wild.