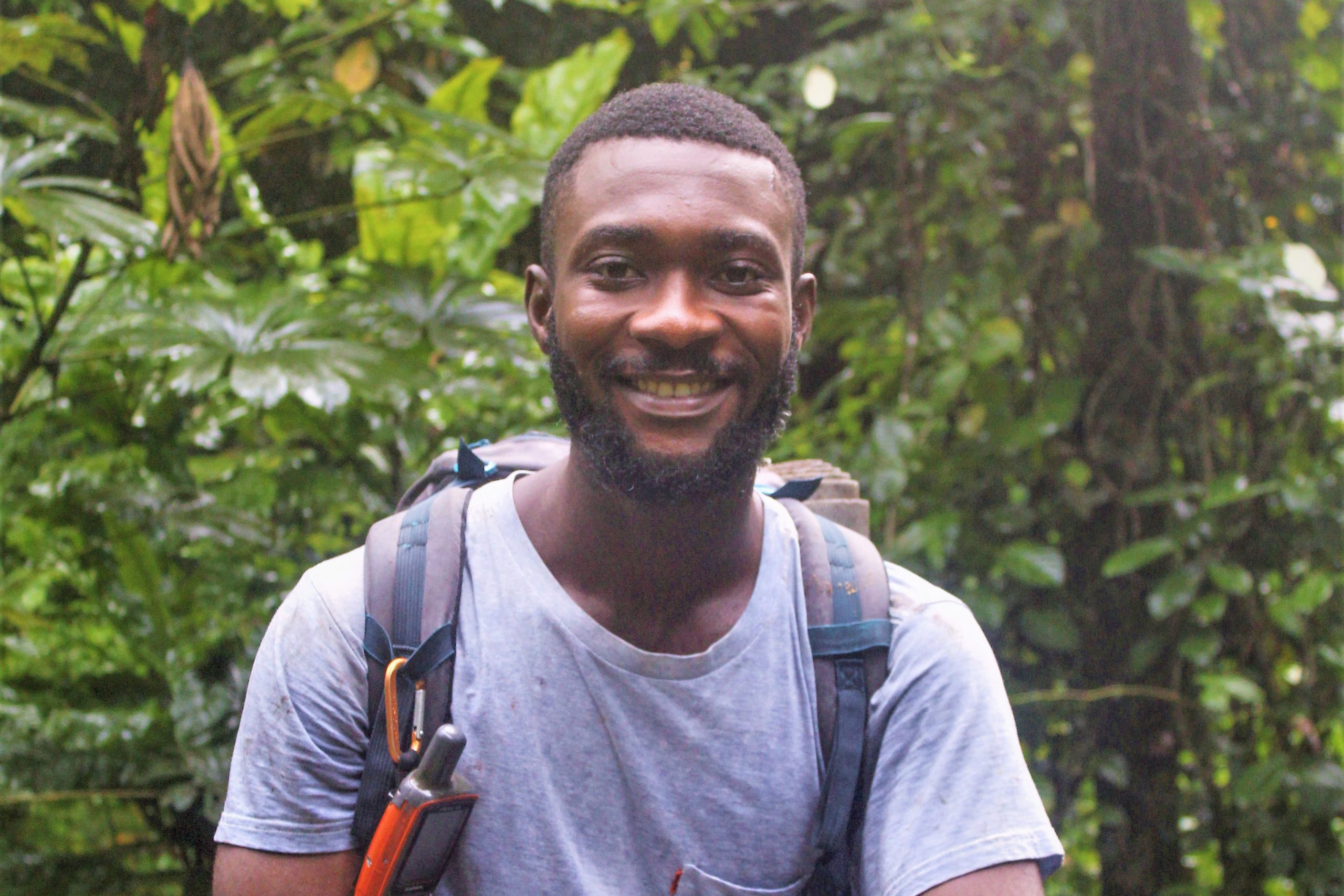 In the first of our new Future Visions series with young conservationists, Nigerian conservationist Charles Emogor looks at what lies ahead for the world and it’s wildlife…

… the pangolin. They’re symbolic of the illegal wildlife trade and have a low reproduction rate that exacerbates the overexploitation they face. Pangolins are the only scaly mammals on Earth, their tongue is longer than their body when completely removed from its cavity, and they represent millions of years of evolution.

Pangolins are gentle, quirky but beautiful animals that are killed, rather than celebrated for their uniqueness. They’re killed at an unbelievable rate that suggests a significant population decline. There are currently no population estimates on any of the eight pangolin species.

In addition to habitat loss, electrocution by electric fences, and hunting or poaching for food, pangolins are killed for their scales that are wrongly believed to have medicinal properties. The killing of pangolins for their scales has inspired an intercontinental trade that is detrimental to African pangolin populations. They’re harvested to feed overseas demand from Asia.

There are several ways we can improve pangolin populations, including increased ranger patrols in pangolin habitats, the active involvement of customs officials to intercept trafficked pangolin derivatives, the prosecution of arrested traffickers and increased research into the ecology of pangolins.

… there’s a lack of public interest in conservation issues. It’s a major challenge for conservation in Nigeria. People living at the frontiers of natural landscapes tend to only consider the lands, waters and wildlife there as nature’s provision to humanity, neglecting the need for proactive management of these resources so they can continue to provide for the future.

Overhunting, overfishing and forest clearances, for example, are decimating wildlife and wild places at an enormous rate that requires human intervention to recover. The Nigerian government has also been complacent in protecting biodiversity and, in some cases, they’ve pioneered the destruction of wild places, prioritising short-term economic growth over long-term environmental protection.

I want to see more Nigerians become active in conservation. People living around natural places should consider themselves custodians of these places, rather than just beneficiaries. People in cities should be involved in creating awareness of conservation issues and the government should mainstream species protection and prioritise the enforcement of our wildlife laws.

… community-based interventions. These interventions recognise the role of people living around natural places in conservation, bridging the nature-society divide and empowering local communities.

For example, the Kope Lion project in Tanzania financially incentivizes communities to protect lions and the Maasai Olympics in Kenya celebrates sportsmanship, instead of the killing of lions that was seen a sign of strength and manhood.

I’m currently working with institutions and organisations to design a community-based incentive-centred intervention for pangolins in southeastern Nigeria. The intervention will engage hunters as pangolin guardians, improving the economic standards of the communities involved.

… we’ll likely lose more species and wildlands if we continue to operate under the current business-as-usual scenario.

Overexploitation is drastically reducing populations of many species. Given the projected increase in human populations, we can only imagine the rate of exploitation that will occur in 20 years.

From 2010-2020 alone, Nigeria was involved in the trafficking of over 170,000 kilograms of pangolin scales, estimated to come from almost a million pangolins. These findings are from my current research, which will be published soon.

Unfortunately, this situation is similar for rhinos, elephants, turtles and whales.

However, there’s hope that species population recovery is possible if the public continues to support conservation initiatives. Whale populations are bouncing pack from the brink of extinction, mountain gorilla populations are recovering, and Chinese medical insurance no longer includes pangolin scales. These are a few examples of conservation successes and examples of what we can achieve when we actively fight to save species. But the increasing number of species that needs saving undoubtedly requires support from the public.

…full enforcement of wildlife and environmental laws across all countries around the world. We currently have promising laws in most parts of the world that are only active on paper and not enforced. That lack of enforcement could be attributed to many different reasons, including difficulty in interpreting the laws, lack of interest and resources, and corruption.

If these laws, including international treaties, such as the Convention on International Trade in Endangered Species of Wild Flora and Fauna, were adequately enforced, species and landscapes would fare much better than they are now.

National and local governments need to prioritise the enforcement of the already established laws by funding activities, such as anti-poaching patrols, prosecuting arrested violators, and prioritising the protection of species over economic gains.

Charles Emogor is a wildlife conservationist from Nigeria and PhD student at Cambridge University. See www.zoo.cam.ac.uk and follow him at @CEmogor

For more on pangolins, the world’s most illegally trafficked mammals, see www.savepangolins.org