The young Northern Irish naturalist, activist and author on birds of prey, satellite-tagging and natural resources
By Graeme Green 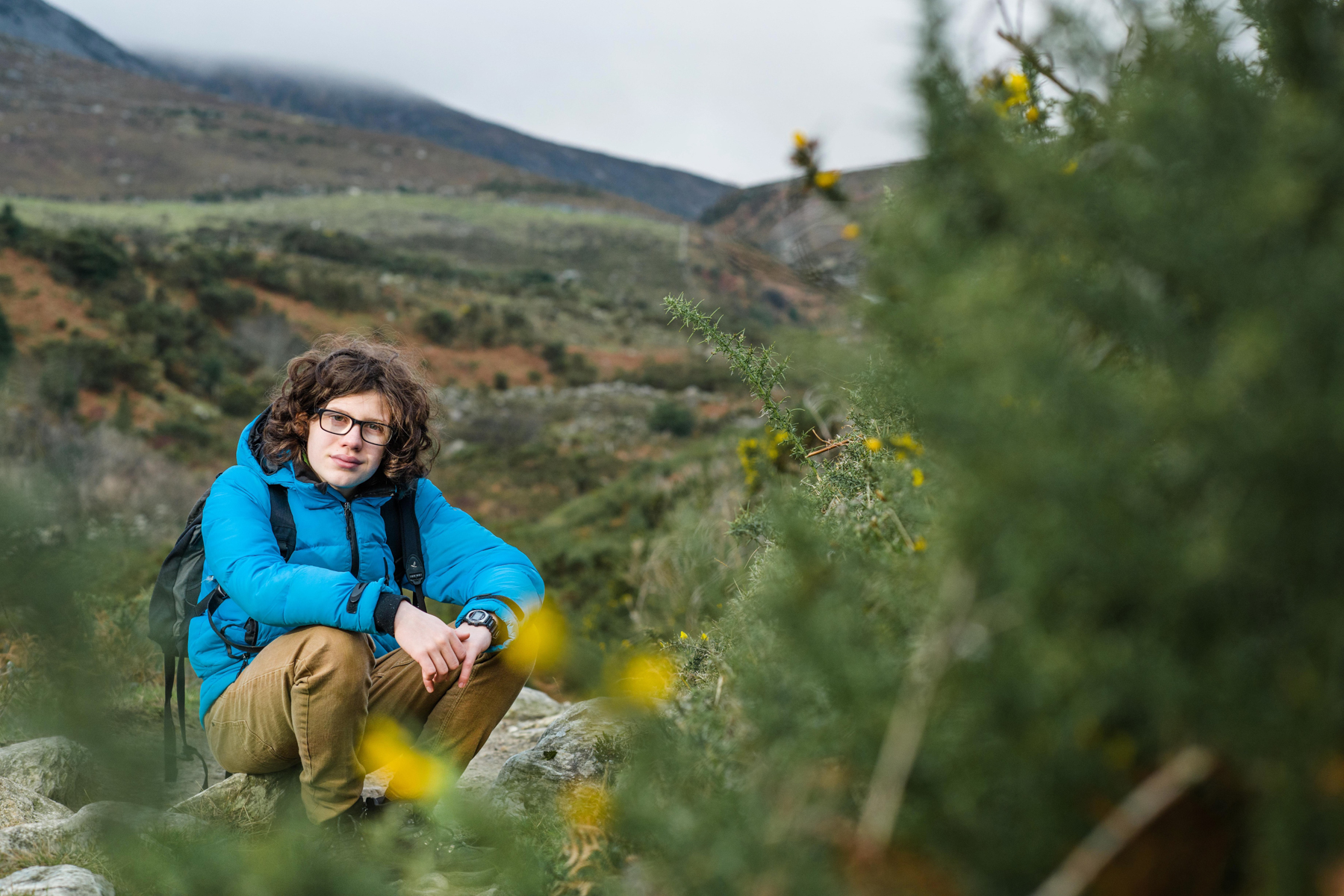 Dara McAnulty is a naturalist and activist from Northern Ireland. He’s received many awards for his conservation work, including from BBC Springwatch. Dara is the youngest ever recipient of the RSPC medal for conservation. He is also the winner of the 2020 Wainwright Prize for his book Diary of a Young Naturalist. He lives at the foot of the Mourne Mountains in County Down.

…the hen harrier. This is a beautiful bird of prey that’s suffered incessant persecution, including shooting and poisoning, as well habitat destruction.

It captured my imagination from an early age. I love how it soars upwards suddenly, like a ghost, and can shoot off at top speed. I like how the male and females engage in courtship behaviour whereby one flies upside down to catch a present of food dropped by the other. They’re stunning birds and have such a quiet air of majesty.

We need better awareness of the threats it and other raptors are facing. To me, raptor persecution really reflects how our relationship to nature has changed. We unnecessarily fear birds of prey and there’s a lack of understanding as to their role as a keystone species. Raptors keep nature in balance and play a vital role within the ecosystem. Hen harriers, in particular, face a rate of threat that’s higher than most other birds of prey. The hen harrier favours upland habitat and feed on the animals that live there, including grouse, which are specifically bred for the shooting industry. In the UK, upland and moorland is dominated by driven grouse shooting and poor land management. In March 2021, Raptor Persecution UK reported the disappearance of 52 satellite tagged Hen Harriers since 2018 – this is the number of birds missing or killed. That’s an incredible number.

Most of these ‘disappearances’ happened over grouse moors. The draining and burning of moorland to support this industry and the overstocking with sheep are all ecologically unsustainable and, incredibly, are funded by the UK government. These practices are no longer fit for purpose at a time when nature and wildlife are experiencing catastrophic decline. The land should instead be subsidised to assist with biodiversity, flood prevention downstream from our mountains by blocking drains and agreeing an ecologically safe level of livestock on mountain heath, moor, and bog. Driven grouse shooting also needs to be radically changed or made obsolete.

… Northern Ireland, we seem to be producing much more food than we actually need, so we can export it to other countries. Whilst I appreciate farmers have increased productivity due to government targets, I think it has gone way beyond any level that can support a healthy natural world. We continue to destroy what’s left of our amazing biodiversity. Farming here has in recent decades moved to a ‘Growing For Growth’ policy – this needs to change right now.

I understand too, that airborne ammonia from farming is now being recognised as another huge risk to human health and delicate habitats, such as bogs and native woodland. Methane, a greenhouse gas produced by livestock, also has a massive effect on emissions and climate change. Manure slurry, which is spread onto land to encourage grass growth, also contributes to river pollution, impacting salmon, trout, pearl mussels and all other river life. It’s so upsetting this is still happening.

Agricultural policy needs to have the health of nature at its core and we need to re-evaluate our relationship with food. Government policy is the only way forward. Farmers need to be subsidised to use their land for biodiversity and encouraged to have more sustainable land management for the food they produce.

… is the satellite-tagging of threatened species of raptor. This is something I’ve been directly involved in. It’s rapidly getting better due to brilliantly improved technology. Satellite-tagging not only helps police to pinpoint hotspots and catch people who break the law by killing protected birds of prey, but it also acts as a deterrent.

I was very pleased that in the winter of 2018, I managed to raise £6000 for Operation Hawkeye, the first satellite-tagging project here in Northern Ireland, by walking 30 miles over two days over mountain, upland and bog. This provided funding for satellite tags to track and protect red kites, which were re-introduced into my local area, after being extinct from the island of Ireland for over 200 years. The tags and the project have not only improved public awareness and driven down the persecution rate, but also provided important scientific data on the behaviour of red kites, helping ecologists better understand how to conserve this newly reintroduced species.

…I want to remain an optimist. I can’t be held back from fear – fear paralyses change and action. With the right attitude and policies from our world leaders, it’s not too late to turn climate change around, save, protect and enhance our remaining wildlife and nature.

During the Covid-19 crisis, many people started interacting with the outside world more and noticing the beauty and wonder of nature. Society also learnt how to act quickly and implement science at a rate previously unseen globally. There’s no reason why this same emergency reaction can’t be implemented to protect nature against the catastrophic effects of climate change and biodiversity loss.

We’re not on track to meet even the minimal, suboptimal requirements of the Paris Agreement. The future looks uncertain for nature globally. Communities are already heavily impacted by the climate and biodiversity crises. Political will and brave policy upheaval are what we need to drive the change we so desperately need. I feel that with the new US Administration, this could be possible, but I’m not overly confident.

I wish I had more faith in our leaders, but we currently don’t have the economic and political systems in place to support a healthy planet.

… the public interest in protecting the natural world being implemented by our politicians. Whilst we may solve some of the issues at home, we must think global and consider where we source our raw materials, our wood, our energy and our food. We need a worldwide treaty to ensure we don’t outsource our need for these materials to countries that can’t afford the resources to ensure they protect their biodiversity.

We live in a one-click economy with little thought of where raw materials come from. Wood is seen to be a ‘sustainable’ product, which is a worrying trend if we consider deforestation. Richer nations are unsustainably pillaging the resources of poorer countries. It requires a global agreement, but it must be in the interests of all to succeed. It’s about our fragmented connection to the natural world and how we value it – not just a resource for materials but of a life-sustaining earth.

The fact that there have been so many World Economic Forum and COP gatherings leads me to believe that a whole new generation of leaders are required to make these necessary changes. I hope that I can be a part of this future, where humans and the natural world, of which we are a part, are once again in balance.

Diary of a Young Naturalist by Dara McAnulty is out now in paperback, with a new introduction (Witness Books, £9.99). You can buy it here: uk.bookshop.org

For more on Dara, see daramcanulty.com