How to solve the palm oil emergency?

Palm oil is wiping out forests and wildlife in Asia and worldwide. Is it possible to halt the destruction?
By Ginger Cassady, Executive Director of Rainforest Action Network 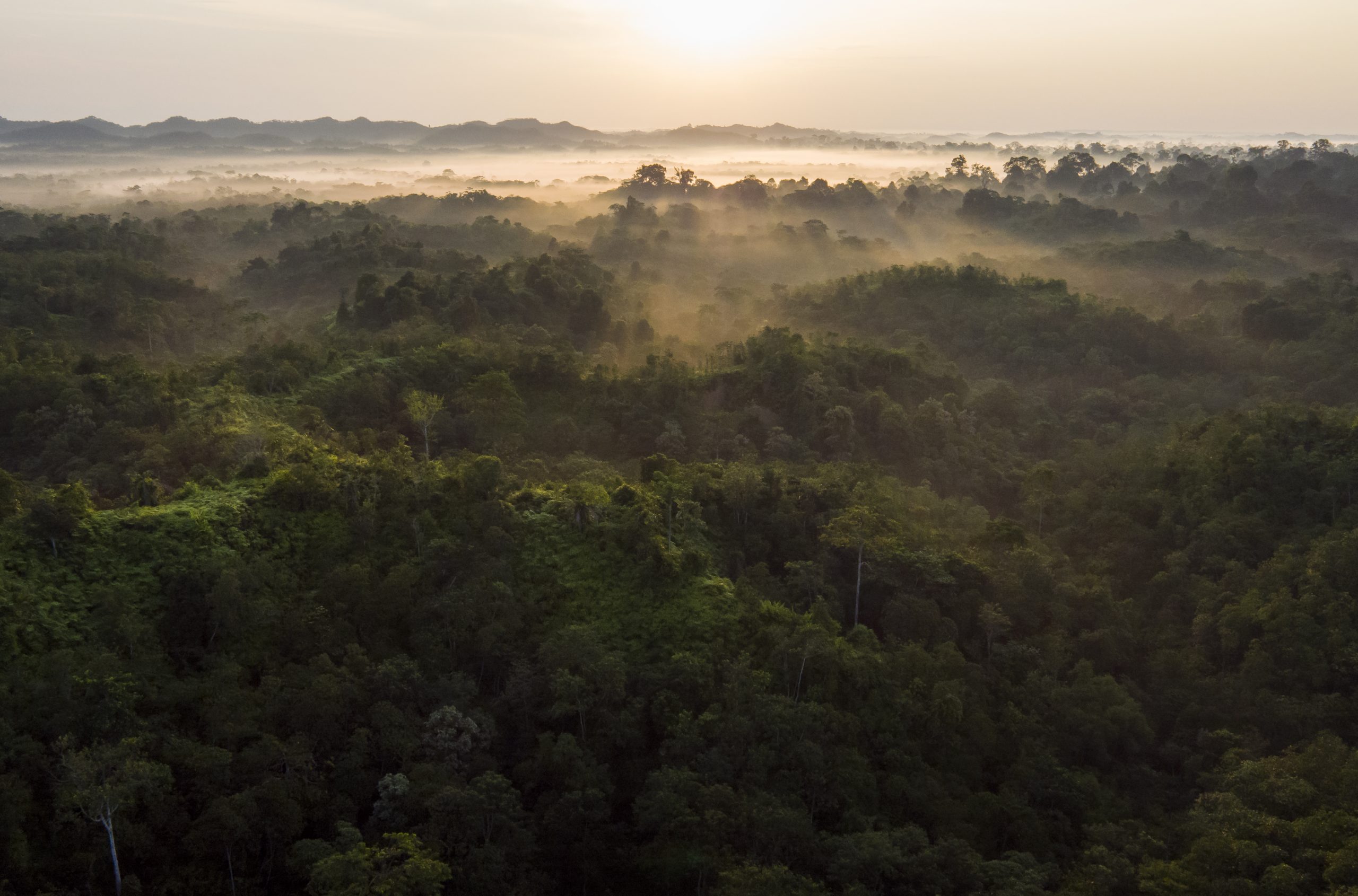 1: Why does palm oil matter?

Palm oil is one of the world’s leading causes of rainforest destruction. Plantations have been expanding in some of the world’s most biologically diverse ecosystems, driving wildlife species to extinction, including critically endangered species like the Sumatran orangutan, Sumatran elephant and the Sumatran rhino.

This commodity is having huge impacts on tropical forest regions from South and Central America to Africa and, in particular, Indonesia and Malaysia, where we’re seeing the biggest destruction. In Indonesia, you can drive for hours and hours, and just see massive monoculture plantations of palm oil in areas where intact forest regions used to be. It’s estimated that by 2022, 98 per cent of Indonesia’s intact forest regions will be impacted due to palm oil plantations and overall expansion. It’s having a devastating impact not just on forest species in these habitats but also the communities that live around forest ecosystems that rely on forest areas for clean water and food. In Indonesia, in particular, the burning of forests and peatlands is also creating a human health crisis because of all the pollution.

What we’ve re-termed ‘conflict palm oil’ is one of the largest traded oils in the world because it shows up in so many products that we use every day: snack foods, cereals, baby formula, margarine, chocolates, cosmetics, soaps and detergents. Now it’s been used as a biofuel in a lot of countries.

The reason it’s so widely used is because it’s one of the cheapest commodities out there because its produced on lands that have been stolen from indigenous communities. There’s a lot of egregious labour practices tied up in the production of palm oil, too.

3: How can consumers avoid palm oil?

The Number One solution is for consumers to engage with brands and demand an end to the use of conflict palm oil from the companies making products we use and rely on everyday. Roughly half of the packaged products in grocery stores contain some form of palm oil, so avoiding it completely can be extremely difficult. But, after years of people who care about this issue making their voices heard, these companies know they have a problem and most have agreed in principle to fix it, so now more than ever we need to keep the pressure up and make sure they follow through and cut conflict palm oil from their supply chains for good. We can hold corporations accountable through our collective power as consumers.

It is very confusing for consumers who go to the store because there are many different terminologies for palm oil on the label. There are around 10 different derivatives from palm oil, so a lot of times you may look at the label and you may not see palm oil. It might say glycerin and or all these different terms that they use for palm oil, so it’s harder to understand what is in the product. That’s why we have to hold companies accountable and demand the end of conflict palm oil.

Labelling is really tricky. Products that are labelled as containing ‘sustainable palm oil’ are often not 100 per cent sustainable. There’s been a lot of green-washing with ‘sustainable’ terminology. With entities like the Roundtable on Sustainable Palm Oil, we’ve found a lot of the companies that are members have massive environmental and human rights violations in their supply chains and they’re still being listed as a ‘responsible’ palm oil company.

With verification schemes, it’s really challenging. We’ve seen the term ‘sustainable’ used by companies where it’s just a ‘green wash’ that makes people think these things are sustainable when they’re actually not.

We stopped using the term ‘sustainable’ and have been using ‘more responsible palm oil’. Responsible palm oil is palm oil that’s been produced without contributing to rainforest or peatland destruction, species extinction, greenhouse gas emissions, or labour rights and human rights abuses. There are a lot of small-scale farmers producing palm oil responsibly, who are really looking at their footprint and keeps the ecosystem more intact than when a company comes in and plans a massive monoculture.

5: What needs to happen?

Consumers can do a lot but we’re really pushing corporations to stop selling us products that contain this type of destructive palm oil. Food manufacturing companies need to be transparent about having a traceable supply chain all the way down to the ground level that doesn’t contribute to these devastating impacts. But at this point, we just need to stop the expansion of conflict palm oil.

One of our biggest demands to massive palm oil traders and producers and brands that we see in our grocery stores is to stop all expansion of conflict palm oil, to reduce their overall footprint, and to also look for alternative oils.

The ban on trans fats in the US and other places is what really caused a spike – palm oil isn’t considered a trans fat. It’s considered a more healthy oil. That’s when you really saw the shift, particularly in snack foods. There’s a lot of alternatives, like coconut oil and sunflower oil, that can be used in products.

Palm oil doesn’t even need to be used in some products. For example, it’s used to make peanut butter easier to stir. With other things, like soaps and detergents, it’s more of a ‘filler’ oil. There are a lot of unnecessary uses.

We’re pushing some of the largest corporations in the world to make the shift. Right now, Unilever, Procter and Gamble, Nestle, and PepsiCo are the largest purchasers of palm oil in the world. There are lots of snack companies – Kraft, Kellogg’s, Heinz… that purchase from big suppliers, like Unilever and Nestle.

With PepsiCo, we actually achieved a big victory after campaigning for six years. They now have one of the strongest palm oil policies I’ve seen from a company so far. They purchase one per cent of the globally traded palm oil in the world – they use a significant amount of palm oil in their products, from Frito-Lay chips to their Quaker Oats granola bars. We have to push companies like that to be accountable on their supply chain and to stop further expansion.

We have a lot of commitments from companies like PepsiCo to not go into areas, such as the Leuser ecosystem, which is one of the last remaining intact forest regions in Indonesia, in northern Aceh. That area’s so intact because they were at war for so long, so a lot of companies weren’t able to get into that region. We’re working with companies that make direct commitments to stop going into these areas and not to operate with suppliers who illegally go into the conservation-protected areas that the government has put in place.

6: Why are banks part of the problem?

Banks are implicated and driving the destruction too because they’re investing a lot in palm oil companies and traders. In Europe, HSBC are one of the largest banks that are definitely connected to a lot of deforestation in South-east Asia and Africa. A lot of these banks have policies they’ve put in place but we still find them connected to many cases on the ground where they’re financing palm oil suppliers or producers that are still driving deforestation, that are still connected to human rights abuses and environment destruction. We encourage people to use credit unions because they’re more localized banks.

7: As populations grow, will palm oil become a bigger problem?

As populations around the world expand and there’s a greater demand for food and other products, there’s a lot higher usage of palm oil. Besides Malaysia and Indonesia, there’s palm oil in Africa, particularly Liberia, and across Central and South America: Honduras, Guatemala, Ecuador, Colombia, Mexico… It’s also expanding into India and China. A lot of companies, banks and brands in China and India are starting to buy up the market and expand palm oil into these countries where populations are much higher. That’s a big concern, especially if they start using palm oil as biofuels in countries like China and India to reduce their emissions footprint due to transitioning off coal. We’re starting to see the negative implications this oil is going to have if it continues to expand.

8: What does palm oil mean for endangered wildlife?

In Asia, a lot of animals are on the brink of extinction in places like the Leuser ecosystem, which is the only place in the world where you have Sumatran rhinos, orangutans, elephants and tigers living holistically in one ecosystem. That area is under a big threat right now due to palm oil. That’s what we’re really fighting to protect.

8: How will more palm oil impact on climate change?

Palm oil is still expanding, which is driving more deforestation. When you look at the climate implications, right now, Indonesia is the third largest emitter of carbon dioxide, due to deforestation, behind China and the US. Its alarming to see the climate impact this commodity is having.

All of us should be concerned as these forests become a carbon source and not a carbon sink, which is going to have global ramifications for all of us. Global rainforests are one of our best defences against climate change. They’re the lungs of the Earth. They provide the oxygen we breathe but they also absorb all the carbon that’s been emitted into the planet. If we alter those ecosystems or continue to destroy them, we are getting rid of one of our best and most important solutions to addressing climate change.

5 things you can do to help the world’s wildlife
Animals across the planet need our support more than ever. Here's how you can help protect them…