Iain Douglas-Hamilton: “The most horrendous killing is still going on.”

The founder of Save The Elephants on elephant emotions, poaching and the future of nature’s giants
By Graeme Green 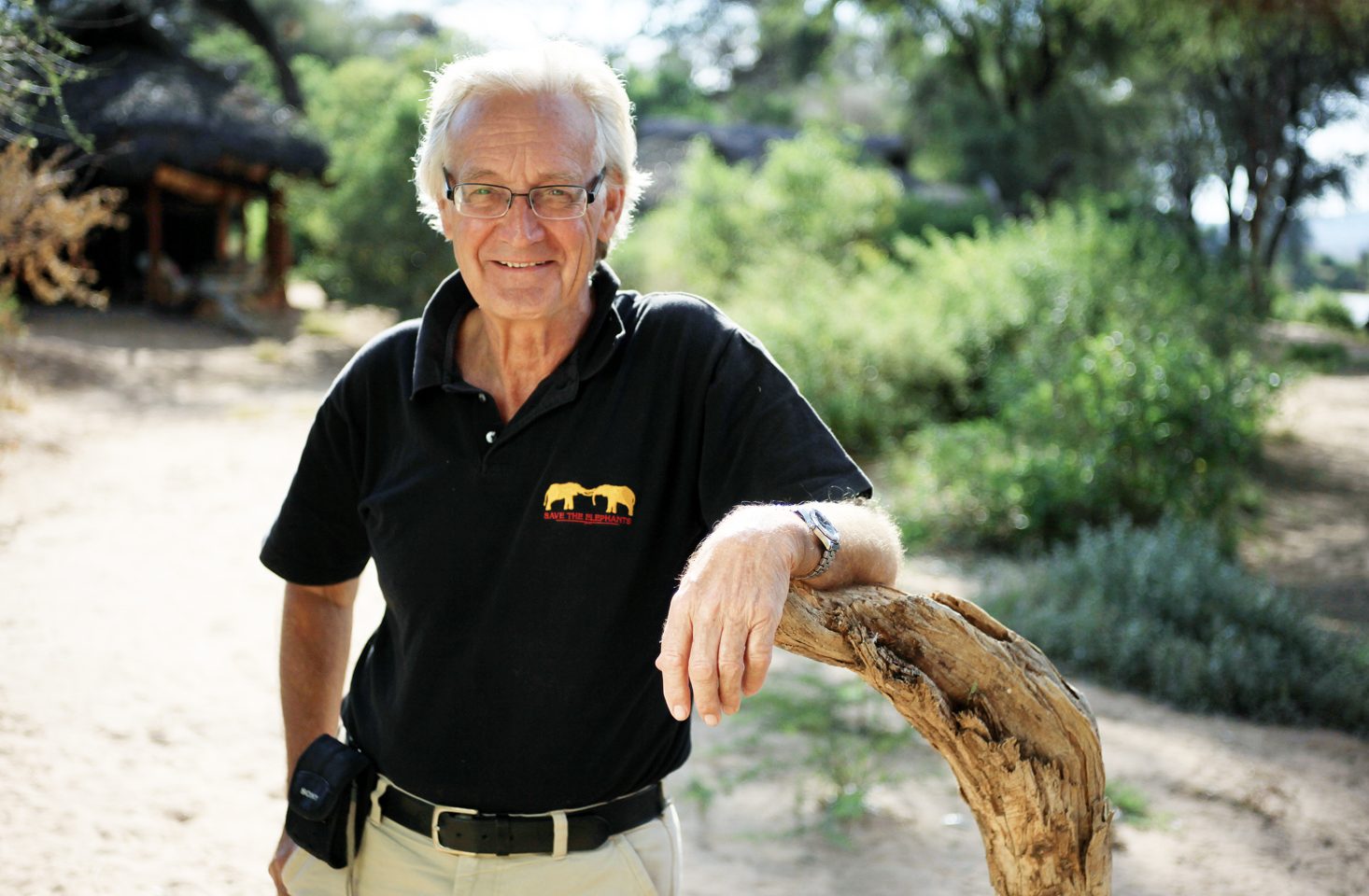 Iain Douglas-Hamilton is the founder and senior scientist of Save The Elephants, a Kenya-based charity working around the world to protect the future of elephants.

Why do elephants fascinate people so much?

They’re so obviously intelligent and conscious. If you watch an elephant, you can sense that its thinking.

They’re also very emotional. I’ve registered all their emotions over the years, from grief to anger to love for each other.

They’re such incredible-looking animals, too, aren’t they?

It’s an extraordinarily shape, with its enormous size and huge trunk and big ears

The trunk is one of the most versatile organs in the animal kingdom. It can suck up water and squirt. It can be used as a vessel to transfer water into the mouth. It can be used socially, for caressing or winding their trunks together. It can also be used to deliver very sharp blows.

As an eating instrument, it’s unsurpassed. It’s given them such adaptability to take tiny little bits of food of the ground or to reach 20 feet up into a tree. It’s one of the reasons why elephants are very versatile in many different habitats.

When did you first meet an elephant?

I first saw an elephant when I was a child, in Kruger National Park in South Africa. That was back in the 1950s.

But I came to know them really well after I left university and came out to do a job on studying elephants’ feeding behaviour. I had about 500 elephants in a small park called Lake Manyara National Park in Tanzania. I spent four and a half blissful years getting to know the elephants better than practically I knew my own family.

Jane Goodall was one of my models at the time. She’s a strong friend to this day. Nobody had really bothered to look at elephant behaviour in the wild before, so I was lucky enough to be the first one to get that chance.

I heard you became so friendly with one elephant that you were able to walk with her, feed her, and meet her babies.

Yes. I haven’t done it recently because it’s against all the park rules to do that. Actually, I was a bit naughty when I first did it. But it was a great ambition to see if I could actually be accepted by an elephant in the wild and walk alongside them, and it did happen. It was one elephant, in particular: a young female who was a very curious creature and she sort of initiated the contact by becoming very close to me early on. I used to feed her wild gardenia fruit, which she loved.

It was totally awe-inspiring.

Is it really possible we could lose wild elephants from this planet in the near future?

It’s wholly possible, not in the near future but in the not-so-far-distant future.

What sort of timeframe?

There are all sorts of imponderables. We’ve just been through the most horrendous challenge for elephants’ survival, which was the killing of elephants for ivory. It’s still going on in large parts of Africa, particularly West Africa and Central Africa. Here in Kenya, we’ve come through the storm.

Poaching is an existential threat.

Ivory is still a central issue, despite 1975’s international ban and China’s 2017 ban. How much killing is still going on?

It depends where you look. Kenya’s been doing very well, same as Uganda, same as northern Tanzania. But if you go to the centre of Africa, to the Democratic Republic of the Congo, Congo-Brazzaville, or Gabon, the most horrendous killing is still going on. DRC has been so denuded of elephants that they are now contributing very little to the illegal trade.

But the real frontline battle line is in Gabon. Gabon is a very special country because for many years it was immune from ivory poaching. It had, and probably still does have, about 60 per cent of forest elephants, which are the far more rare and far more endangered sub-species of elephants in Africa. In Gabon, poachers have been devastating up in the north of the country. There’s a full-scale battle there at the moment.

The fight against poaching is difficult to win, while such huge profits can be made. How important is it to get rid of the demand for ivory?

The most important goal was to share awareness with the Chinese people that killing for ivory was causing terrible damage to elephants. We helped bring some Chinese celebrities out to Kenya and introduced them face-to-face with elephants. Then we took them a little distance and showed them a freshly killed elephant. They were totally shocked. People like Yao Ming, a basketball player, went back to China and wanted to persuade people not to kill elephants.

One way or another, with all these different influences, the Chinese, at the top government level, did a 180 degree change in policy. From a position of promoting trade and wanting to have a sustainable intake of elephants, they turned and said that the only way to solve this is to ban all ivory trade, both international and domestic. To this day, that’s what they’re doing.

There’s great sentiment amongst many middle class people in China not to be involved with killing elephants. There are still a lot of people totally unconvinced, who want to go and buy, so there’s a battle of ideas.

Human-wildlife conflict is also an issue in Africa, with elephants raiding crops in villages and facing retaliatory attacks from farmers. As populations expand, is that a growing problem?

It is. The ultimate future of elephants and so many other animals is going to depend on how people feel about them. In Europe and America, we don’t have great threats facing us from these large wild animals, so it’s easy for us to fall in love with big, dangerous, destructive animals.

In the past, there’s been quite a condescending attitude on the part of some conservationists, that local people hate animals and will only learn to like them if they can get some money out of them. Money is obviously important and there’s no reason why they shouldn’t get a livelihood.

But coexistence will be encouraged by having a different attitude towards wildlife and seeing it as an asset, whether it’s in its own right or whether it brings in money. That coexistence is going to be a challenge because the human population is going up.

In northern Kenya, we’re having very interesting times with the Samburu people who have a culture that actually mythologically thinks that elephants were people once upon a time. They have a culture that’s very full of nature. The exciting thing is to have a new ethic of conservation, which is based on local values.

What would you like governments around the world to do to make sure we don’t lose elephants?

I’d like to see a universal ban on all ivory, both international trade and domestic trade. Happily, China’s adopted that policy. There are many people who still want to get around it, but we’ve seen that if you don’t have draconian measures against the ivory trade that the price just goes up and up to ridiculous levels, and we’ve seen the effect of that: the destruction of elephant populations.

What do you expect will happen in the next 10 years?

It’s going to be a mosaic. The danger is that in many places elephants will go extinct, particularly places where there’s very little control in Central and West Africa.

At the moment, one of my favourite elephant populations is in Mali, where there’s an amazing population that live on the edge of existence. They have to race from one oasis to another, getting their timing absolutely perfect, because most of their habitats have been so degraded that there’s very little to eat and it’s extremely dry.

We cracked that elephant population back in 2008. Unfortunately, since then, Mali has suffered a jihadist revolt that’s destabilized the whole country. That conflict is spreading to neighbouring countries, to Burkina Faso and Niger, and the elephant’s now are in extreme danger from instability and the lack of any kind of law enforcement. That’s a big problem.

In some places, elephants will be lost and in other places they will find a viable coexistence with human beings. 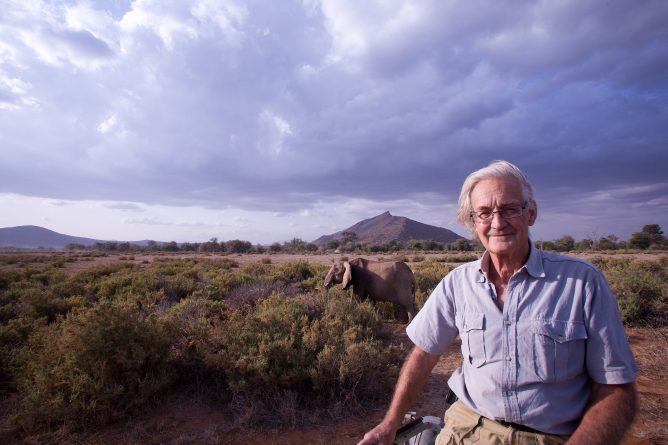