10 of the most epic journeys completed by wildlife 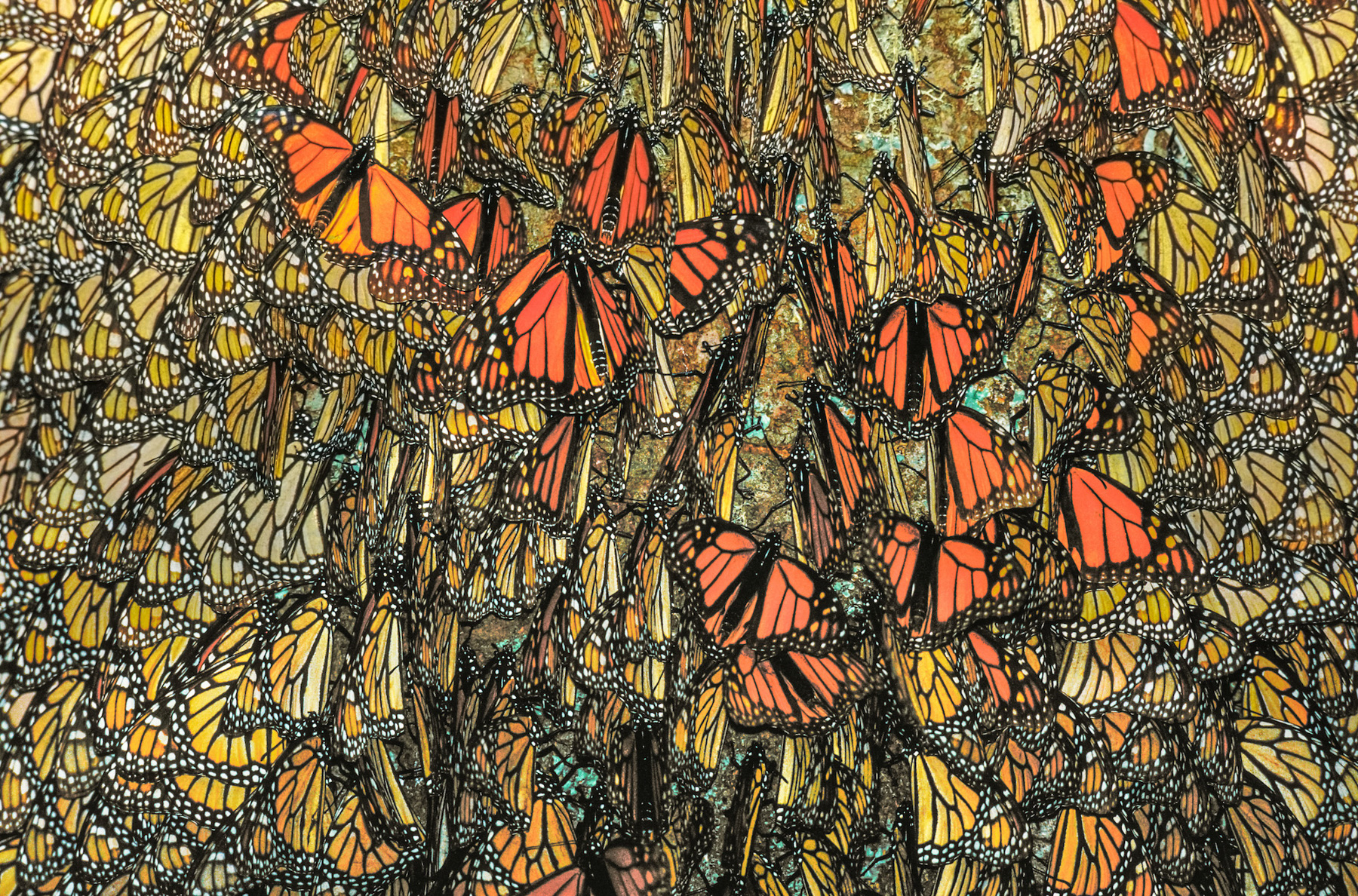 Arctic terns hold the record for the longest journeys undertaken by any animal navigators. They have been tracked flying as much as 100,000 kilometres, as they follow the sun from the far north to the deep south, and back, over the course of a year.

But perhaps even more impressive are the bar-tailed godwits that travel every year from Alaska to New Zealand, some 11,000 kilometres, right across the vast Pacific Ocean. Unlike terns, they can’t land on the water, so they have to make the journey non-stop. That means they spend more than a week on the wing and by the time they arrive, more dead than alive, they have burned up a third of their body weight.

The little blackpoll warblers of eastern North America also fly non-stop across the open sea on their way to the Caribbean. They don’t go quite so far, only 2,800 kilometres, but they are far smaller than the godwits, only weighing about 17 grams.

And some tiny hummingbirds are believed to fly right across the Gulf of Mexico.

The familiar homing pigeon is another avian wonder. If you take one from its loft and release it in a completely unfamiliar place hundreds of kilometres away, it will often succeed in finding its way home. How on earth is that possible? It seems pigeons rely at least in part on their sense of smell to achieve this feat, though how exactly this works is still not entirely clear. It’s also possible that they navigate with the help of low frequency sounds that are inaudible to us but that can travel enormous distances.

Migratory birds have two different kinds of compass, depending on whether the fly by day or night. One is based on the sun and another based on the stars. Some also have a magnetic compass, though how this works also currently remains uncertain.

Can birds tell how far east or west they have travelled? Until recently it seemed very unlikely that any animal had cracked this problem, but it now looks as if some migratory birds may indeed be able to solve the ‘longitude problem.’ It seems they may have some kind of magnetic ‘map’ that allows them to correct their course if, for any reason, they drift too far to the east or west of their proper course.

Bearing in mind how small they are, insect navigators are perhaps even more remarkable than birds. Desert ants, for example, have a really elaborate navigational toolkit. For a compass, they use the light of the sun by day or the direction of the wind by night. Because the sun moves across the sky, the ants constantly adjust their heading with the help of a built-in clock. They also keep track of the distance they’ve travelled as they zig-zag around hunting for prey by counting their steps. Knowing how far they’ve gone and in what direction, they can then plot a course that takes them back to the tiny entrance of their underground nest. Amazingly, they can even make the necessary allowances for uneven ground.

But that’s not all. They also memorise landmarks and can locate their nest by its smell. They sometimes even make use of a magnetic compass. Their brains consist of only a few hundred thousand neurons, while ours contain more than 80 billion, but these little insects perform navigational feats that we can only match with the help of technology.

Perhaps the most famous insect navigator is the monarch butterfly of North America, which, as autumn approaches, may travel as much as 3,500 kilometres on its way to the mountains in Mexico where it spends the winter months. Like the desert ant, these butterflies use a sun compass to set their course, but how exactly they locate the small patches of woodland where they gather in their millions at the end of their long journey is still a mystery. Smell may well be a crucial factor.

Just as remarkable, though far less celebrated, is the bogong moth of Australia. These rather drab brown insects perform an unusual two-way migration. Starting in Queensland and flying only at night, they head south to avoid the brutal summer heat and hole up in cool crevices among the ancient rocks on the Snowy Mountains of New South Wales. When the autumn comes and the temperature drops, the moths emerge and fly all the way back to Queensland, a round trip of more than 2,000 kilometres. Recent experiments show that the bogong moth steers with the help of a magnetic compass, though it can also make use of the orientation of the Milky Way in the night sky.

Navigating the open ocean is a tough challenge. So how do marine animals tackle it? Research has revealed that creatures as diverse as spiny lobsters, salmon and sea turtles all make use of the Earth’s magnetic field to find their way around.

But how do salmon that have spent years wandering the ocean return to the very rivers in which they hatched? The hatchlings memorise the particular bouquet of smells that uniquely characterise the waters in which they are born. The young fish later head out to sea where the food is abundant. As adults, they find their way back to mouth of their natal river using their magnetic sense and then follow the scent trail back to the headwaters where they were born.

The green turtles that frequent the coast of Brazil lay their eggs on the beaches of Ascension Island, a speck of land right out in the middle of the South Atlantic. How do they find it? Magnetic information alone wouldn’t allow them to do it. Once again, smell may play a part or perhaps even the sound of breaking waves.

What about the humpback whales that travel all the way from Antarctica to breed among the tropical islands of the Pacific? Tracking devices show that they maintain astonishingly straight courses as they swim across thousands of miles of ocean. They too may be magnetic navigators but it’s also conceivable that variations in the Earth’s gravitational field may help them work out where they are.

One of the biggest mysteries of animal navigation is how so many different creatures detect the Earth’s magnetic field.  This is the subject of a great deal of research and it looks increasingly likely that, in birds, at least, an extremely subtle subatomic process that takes place in the retina is the key. If so, there is a real possibility that birds actually see the magnetic field around them, perhaps a bit like the head-up display in the cockpit of an aircraft.

Incredible Journeys by David Barrie is out now (Hodder & Stoughton, £9.99). Find it in the UK on Bookshop.org.