James Balog: “There’s so much resistance to elementary facts.”

The American photographer on forest fires, climate change, misinformation, and how the future could look
By Graeme Green 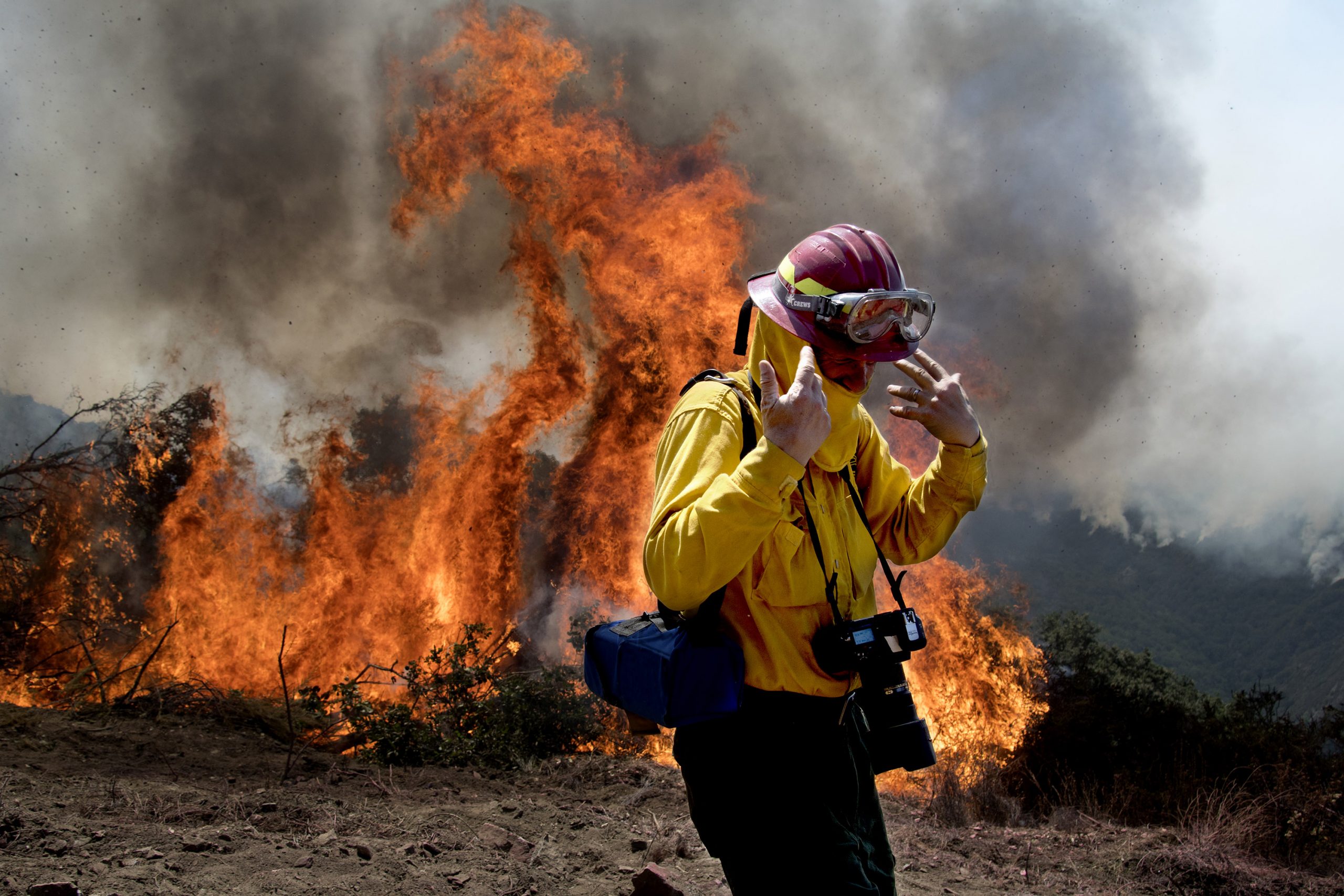 James Balog is a photographer whose work focuses on the relationship between humans and the natural world. His films include The Cove, Chasing Ice and the latest, The Human Element.

For many years, climate change was something people talked about as being a future problem. With recent fires in Australia and the US, storms, flooding and rising ocean temperatures, are we now living in the time of climate change?

Yes, 100 per cent. It’s quite shocking how fast this has all come on. Back in the mid-2000s, the timeline people were talking about was 20 or 30 years on or around 2050. The Earth’s behaviour has outstripped our expectations.

What we started to learn, by about 2008 or 2009, is that every time the Earth delivered a surprise, it was a surprise in the negative direction. In other words, the science was being too conservative. Scientists either didn’t have enough information or they were disinclined to go too far out on a limb or sound too radical, so they kept the warnings relatively light.

Nature is proceeding much faster than we’re able to keep up with it and measure it.

You’ve said “There is such a thing as truth”. Scientists agree that human activity is having a negative impact on the planet. How frustrating is it to still need to persuade people of the facts?

There’s an advanced amount of misinformation, and it is intensely frustrating to have to spend so much energy convincing people about the most basic facts when there’s a much higher level of knowledge and complexity that really needs to come to the fore. There is so much dogged, dumb-headed, mule-headed resistance to even the most elementary facts that most of the time you never even get to the big stuff.

I’ll tell you truly: it’s exhausting, and I needed some time off, so I could get my feet on the ground and so I could work on a book project, an exhibition project and deal with my cancer.

A lot of people who were battling in this sector 10 years ago, people of my age and generation, are trying to regroup and get their feet back on the ground and get those bruises on our foreheads to clear up a little bit before we go back out there again.

I’ve noticed that a lot of the names that keep showing up in articles now, this activist group or that activist group, they’re all new people. There’s a new wave people who haven’t developed those bruises and that anguish yet who are stepping in to fill the breach.

The Human Element focuses on issues such as air quality, rising sea levels and forest fires across the United States. Were you keen to show climate change as not just an issue for developing countries?

Yes, absolutely. The simple, unfortunate fact of any storytelling is that people are most interested in what’s going on in their backyards. Everything that’s far, far away gets abstract. Polar bears in the Arctic are abstract. Penguins in Antarctica are abstract. Fishermen living in little houses on stilts by the sea in Indonesia are abstract to an American audience. You can feel something for them. But you feel a lot more when it’s right here on home turf.

People have argued about whether the fires in the US and Australia were caused and exacerbated by climate change. Is there evidence that they were?

Absolutely. Fire’s an even easier story, from a scientific measurement standpoint, than ice. Ice is plain enough because we now have a good long record of what’s going on with the ice. But with the fires, whether it’s in Australia or in the US, we have bomb-proof numbers that go back many decades about the frequency of fires, the scale of the fires, how long the fire season is, and there’s been an unmistakable uptick in the ferocity of wildfires over the past several decades. That can only be attributed to climate change.

Even the most brainless witless human beings who don’t have any connection to nature at all and are so eager to deny everything about climate change can actually understand that when you dry out the air, you make grass and sticks more prone to burn. Unless you were the most sheltered person who never held a match to do a marshmallow fire or a piece of grass, you understand that.

It’s an easily told story. It’s just that when you have people who have these venal corrupt interests, they always find some way to bob and weave and turn away from the most elementary human knowledge.

In the film, you say that the world today’s children will grow up in will be profoundly different from how it is now. What do you predict the future will look like?

There’s more cost, there’s more chaos, there’s more confusion. There will be a higher frequency of unexpected storms and the flooding that comes with that. Fires are certainly going to be more of a problem. As troubled as California’s been the past few years with fires, that’s only the beginning. It’s going to be a lot worse.

The other thing is sea level rise. There will be water making encroachments a long way into civilization, and that’s especially a big issue in very low-lying river deltas all around the world, not just the Mississippi but also the Niger, the Ganges, the Brahmaputra. There’s a whole series of rivers that come together in Bangladesh and there’s all those deltas in China.

How is climate change impacting the world’s wildlife?

The biggest story is what happened in Australia these past few months, with this wholesale purging of millions of individual animals that were killed or had their habitats destroyed: koalas and wallabies and all the rest.

Certainly, there are animals dying in all of these fires in the US.

What do you want to see happen worldwide?

It’s the same thing we’ve been asking these nitwits for years. There just needs to be a revised pricing structure for carbon. We can’t keep subsidizing the fossil fuel companies with our various tax breaks and corruption.

We need some kind of adjustment in the capital system, so that the true social costs of fossil fuels, in our air supply in our health, are integrated into the pricing. We have negative health impacts from burning carbon that has to be integrated in the cost at the pump. We have negative costs in land use. But the capital system is very good about externalizing those kinds of things, so that the price at the pump stays low.

It’s got to be adjusted, instead of it being like a tax on the common man – and no one wants a tax, no matter what. They’ll be dying of cancer, but for God’s sake, don’t put a tax on the thing that’s causing me cancer.

Then, we have to return the benefits of that taxation back to people. There have been all kinds of plans for ages about how you take carbon tax and turn it into the generation of cleaner fuels and an opportunity for jobs and an opportunity for a little bit of extra cash in the pocket of ordinary families. All we have to do is implement those things but those sons of bitches that have corrupted the democratic governments have prevented those things from going into place.

For more on The Human Element, see: thehumanelementmovie.com. 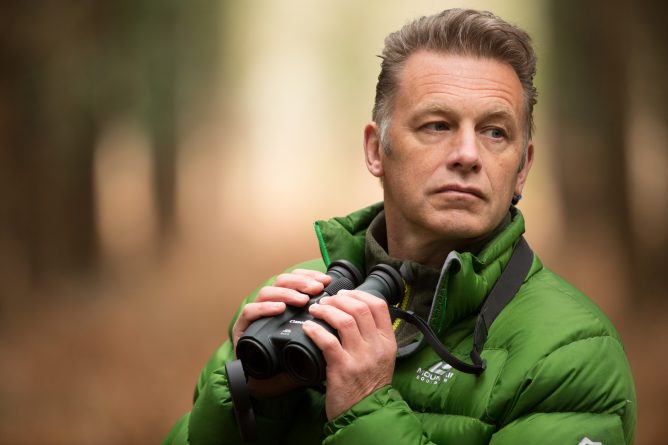