Jo-Anne McArthur: “These stories haunt me.” 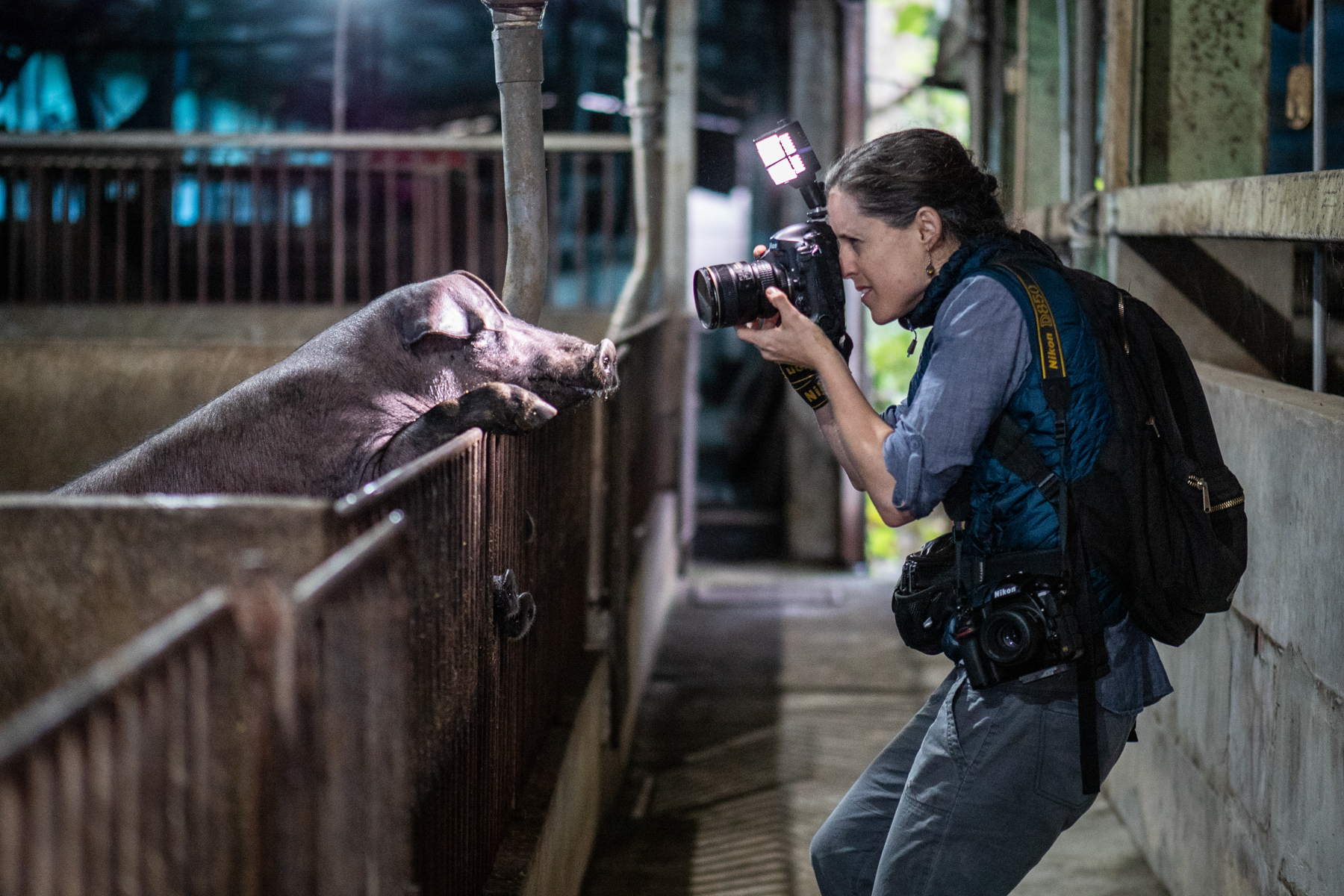 Jo-Anne McArthur is a Canadian photojournalist and investigative reporter who covers global stories about humans’ relationship with nature and animals, including animal cruelty and abuse. She is the co-author of Hidden: Animals In The Anthropocene, which features the work of 40 animal photojournalists and documents how billions of animals are used in food, fashion, scientific research, entertainment and local customs, from factory farms to circuses.

You cover harrowing subjects, including animal suffering. Are these difficult projects to work on emotionally?

These stories do haunt me. I just use these feelings to motivate me.

I’ve been doing this for a long time now. In the beginning, I did experience depression and I was diagnosed with PTSD, just as many war photographers are. I needed therapy.

But over time, I developed healthy boundaries. What I do is focus on hope, on small changes I can contribute to day-after-day. If I was thinking ‘big picture’ every day, I’d go mad because it’s probably going to be a long time before we get to the big changes I’d like to see. But I do my best and take action based on what I’ve seen. There’s catharsis in taking action.

Is it difficult to not by overwhelmed in factories, farms and other situations you work in and to focus on getting a photo that communicates the story?

Yes. Like with war photography, we may only have a few minutes to do the best possible work. Sometimes, you find you’re in places all day or evening, but we have to work under the premise we might get caught or there might be a dangerous situation we have to flee.

When I started on this work, I felt extremely emotional when I was doing it. I was shaking. Sneaking around, doing illegal things, being on private property at night, going onto a farm and being surrounded by scared and suffering animals… It’s very stressful. I always wanted to leave.

I still feel a lot of empathy and compassion for the individuals, but I know my feelings are secondary to the job that needs to be done very quickly. I may only have five minutes before I have to make a run for it.

How dangerous is this work?

I’m one of the only investigators I know who hasn’t been arrested, detained, beaten, their camera smashed, cars smashed, stalked, vilified… I’ve had friends who do exactly what I do who’ve been beaten up with baseball bats: fractured craniums, broken femurs…

There have been plenty of times I’ve had to run from a property. We all wear ear pieces, we have a getaway car, we have security people keeping watch with Walkie Talkies. We have a basic signalling system of green, yellow and red, which we check every 10 minutes for a green. We’ve had countless reds where you have to absolutely run for it.

Your book’s called Hidden. A lot of people, companies and organisations have a vested interested in keeping what goes on in factories and facilities hidden from public view, don’t they?

Absolutely. When we’re on a property, we’re seen as the bad guys. We’re considered eco-terrorists in the US. There’s the Animal Enterprise Terrorism Act under which someone like me could be charged federally for being a whistleblower. You can spend years in jail for doing what I do.

We go to a lot of places unannounced, and that’s important, so we can see a farm or an egg-laying facility as it is, not a cleaned up, sanitised corner. If you get a tour, you sometimes only see the first 10 cages and there’s fresh bedding and no dead bodies in the cages. But if you go unannounced to an industrial hen facility, the cages are stacked really high on top of the other. For the hens at the bottom, it’s absolute filth.

Do you want these photos and stories to create change?

One of the first steps in terms of changing and thinking critically is seeing. The book that inspired Hidden was Inferno by James Nachtwey. People aren’t just interested in pretty pictures. They’re interested in what’s important and relevant.

Of course, the content is extremely disturbing and upsetting, but the best animal photojournalists out there are ones creating poignant images, something that you want to engage with, despite the subject matter, because the image is just so arresting.

What concrete results or changes have you helped bring in?

I investigated a number of fur farms across Canada. With one of them, we were able to provide an NGO with the material they needed to obtain a warrant to investigate the place. They were able to close down that fur farm permanently and pressed charges against the fur farmer, setting a precedent. These was the first criminal charges ever pressed against a fur farmer in Canada.

Our work also helps create policy changes globally. Often, an NGO needs to protect themselves by not doing investigative work, which is illegal, so they work with someone like me. They’re able to do something with the material.

Is it hard to get people to look at these photos and animal issues?

Confronting this stuff is really difficult. It’s a personal challenge. We like the taste of meat. We don’t want to change the status quo. It makes us worry about our Thanksgiving or Christmas traditions if we can’t have a turkey on the table. People think: “If animals are farmed in a cruel manner, what does that say about me? I’m a kind person. I don’t support cruelty.”

These images and realities ask a lot from us, and people aren’t often familiar with being vegetarian or vegan. It seems limiting. People think vegetarianism is an ideology but carnism is one too. It’s just invisible because it’s so predominant. People think: “If we’re not eating animals or using them for entertainment, that’s a threat to our culture.” But what is culture? Culture is meant to evolve.

Where did your love of animals come from?

I always had a love and a concern for animals. My parents never tried to stamp that out of me. But I was a meat-eater until I spent time with some hens. My mum had 10 hens who walked around the property. The more I got to know the hens, I saw they had complex personalities: preferences, jealousies, friendships, squabbles… Chicken was my favourite food and I was, like, “Oh shit, these are wonderful animals that I don’t want to eat.” That was the start for me going down the route of activism and employing photojournalism to protect animals.

Once I decided I wasn’t going to eat chickens, I starting doing internet research on where animals are raised and became shocked that this information wasn’t out in the world. It’s not something you learn in school, about factory farming, about the fact that seven billion of us are torturing 80 billion animals, and that’s not even including the sea creatures. I was appalled this stuff was so hidden.

So few media outlets wanted to cover this sort of work. But things have changed. It’s an exciting time to be in this line of work. More and more people are doing this. It’s inevitable that it’s going that way because of the overlap of animal use with all the other big issues in the world. We also understand more than ever now that animals are sentient and complex, just like our dogs.

Your photo of an Eastern grey kangaroo and joey in Australia’s forest fires won the Man And Nature category in Wildlife Photographer of the Year 2020. What impact do you think that photo has?

I love that image. It’s so painful to see her home devastated. But it’s also a hopeful moment, and people love that. It’s great in animal photojournalism when you can capture something awful but also something that’s hopeful and beautiful at the same time.

Another of my images, a man holding a gorilla in a car, which won the People’s Choice award in Wildlife Photographer of the Year a few years ago, showed a beautiful moment, yet that gorilla’s parents were slaughtered for the bushmeat trade. It’s a sad story.

With the kangaroo image, she has her joey in her pouch. The joey’s alive. And there they are, two of the lucky few among the billions who died in those fires.

Covid-19 and other zoonotic diseases keep being talked up as a warning and an end to ‘business as usual’. How hopeful are you that changes to how humans interact with animals and nature are coming?

We’re painfully slow to change things. There’s so much red tape, so much resistance. That’s frustrating. But if I didn’t exist in a place of hope day-to-day, I would probably go mad doing this work. It’s such an uphill battle, and the urgency is so extreme for billions of animals.

I could live in a state of urgency and stress, but I don’t because I need to have longevity. Photojournalism is hard work and people don’t stick around for a long time to do it. If I’m going to stick around doing this important work (and I do believe in its importance), I need to have professional, healthy, emotional barriers.

Hidden: Animals In The Anthropocene by Jo-Anne McArthur and Keith Wilson, featuring images by 40 animal photojournalists and a foreword by Joaquin Phoenix, is out now, published by We Animals Media. It was recently named Photography Book of the Year by Pictures of the Year International.

Jo-Anne is the founder of We Animals Media and co-founder of The Unbound Project, a multimedia documentary project about women on the frontlines of animal advocacy worldwide: unboundproject.org 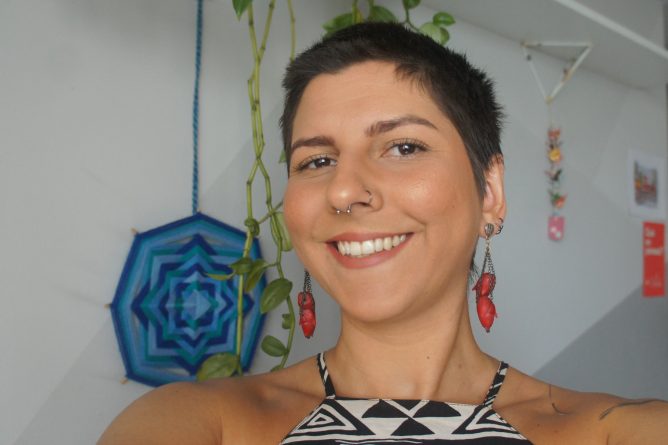 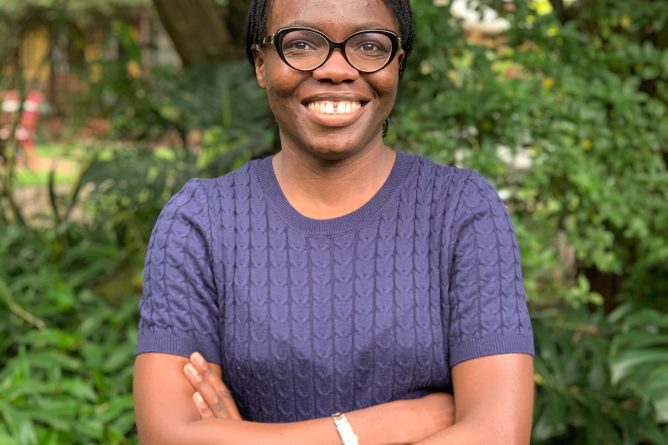