The Bolivian conservationist on Andean bears, animal dating profiles, and caring for nature
By Graeme Green 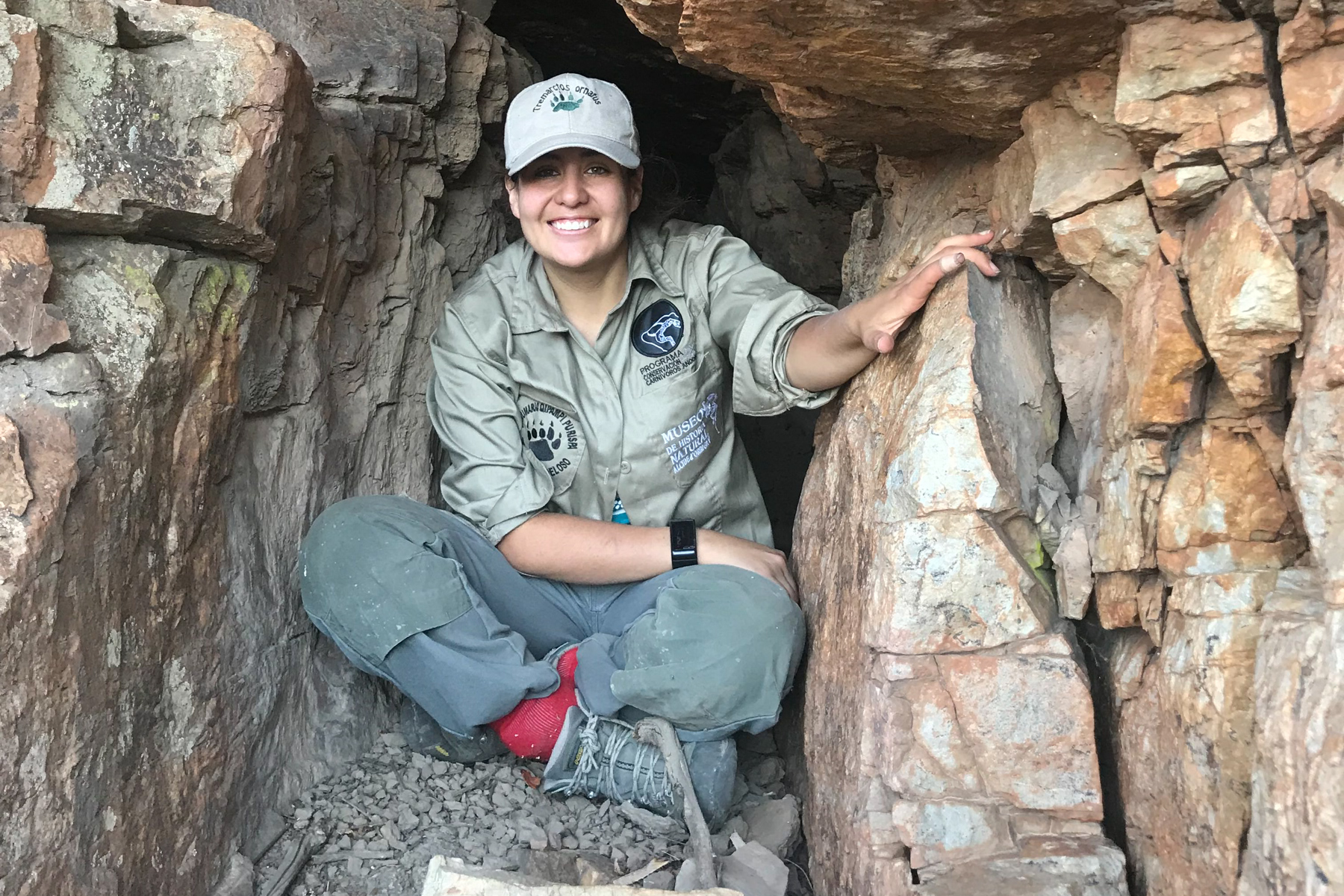 As part of our Future Visions series with young conservationists, the Bolivian conservationist looks at Andean bears, animal dating profiles, and caring for nature

… the Andean bear. This is the only remaining short-faced bear on the planet, as well as being the only living bear species and the largest carnivore in South America.

I find the evolutionary history of Andean bears fascinating. They are indeed a large carnivore, but their diet consists mostly of plants. However, their digestive system is not fully adapted to properly process a highly vegetarian diet. Their distribution range is also extremely narrow for their body size.

I believe the key is to promote economic alternatives to local communities and therefore to promote conservation. I’m lucky to be involved in this type of initiative with the Andean Carnivore Conservation Program, and I’ve seen how successful this approach is.

… Bolivia, the lack of knowledge about our own wildlife is a huge problem. How do you want people to relate to wildlife conservation if they’re not aware of our country’s biodiversity?

A well-educated country is a country that will progress. I remember taking Biology as a subject at school. Every year, I’d learn about the human body and differences between cells, but I don’t recall having lessons about Bolivia’s forests and animals. Regrettably, that hasn’t changed over the years and children grow disconnected from nature. I think adding a few lessons on biodiversity and wildlife, along with making school trips to forests and natural history museums mandatory, would mean the mindsets of many children would be more open to the idea of wildlife conservation. It would just make much more sense if it’s seen as part of their lives.

… was the creative thinking in the partnership between the Natural History Museum d’Orbigny, Re:wild (formerly Global Wildlife Conservation) and Match.com to save the Sehuencas water frog from extinction. Romeo was the only living specimen. He lives under the museum’s water frogs breeding centre custody (Centro Kayra). They had the amazing idea to set a Match.com dating profile for him to find his Juliet.

Money and awareness were raised, and now Centro Kayra has more than one breeding pair, ensuring the species’ survival. We live in a social media era. I believe using social media in a clever and attractive way can help wildlife conservation to be in the spotlight, and stop it being considered a matter only for scientists and governments to handle. We must all participate.

… we will be facing many serious issues. I have mixed feelings. Sometimes I feel a little defeated, for example when catastrophes, such as the fires in the dry forests of Bolivia, or wildlife crimes take the news.

However, most of the time I remain hopeful, as I believe we are living in a time of free choices, communication and more access to information. I can consume more responsibly, read in almost real time about the success of many wildlife conservation projects and share my own thoughts.

I will keep my hope up and say that I foresee a brighter future for wildlife, where wildlife conservation is part of our education, governmental and personal agendas. Hopefully in the future people will choose to read scientific-based and responsible information, and to respect and love nature.

…  more education. I’d like to see nature appreciation and wildlife conservation being added into biology classes from the early stages. I believe we haven’t been putting enough focus on formal education.

Most conservation projects, partly due to very constraint budgets, have focused on workshops and non-formal environmental education, as formal education usually depends on governments.

I’d like to see educators and conservationists working together to implement new study plans and governments embracing new ideas and approaches. Education needs to evolve with societies, and one aspect of this evolutionary process is to learn more about our environment, biodiversity and the importance of conservation.

Carmen Julia Quiroga Pacheco is a Bolivian conservationist whose work focuses Andean bears and other wildlife in the tropical dry forests of the Bolivian Andes. Originally from Cochabamba, Julia earned her BSc in Biology and MSc in Conservation and Rural Development before pursuing her PhD program in Ecology at the University of South-Eastern Norway, focusing on co-existence between Andean bears, pumas, and jaguars in the dry forests of the Boliviano-Tucumano ecoregion. Julia is a recipient of a Wildlife Conservation Network scholarship: wildnet.org