5 remarkable ways animals use colour to survive and thrive

From mating to scaring off threats, animals use colour in incredible ways, as seen in David Attenborough's new series
By Martin Stevens 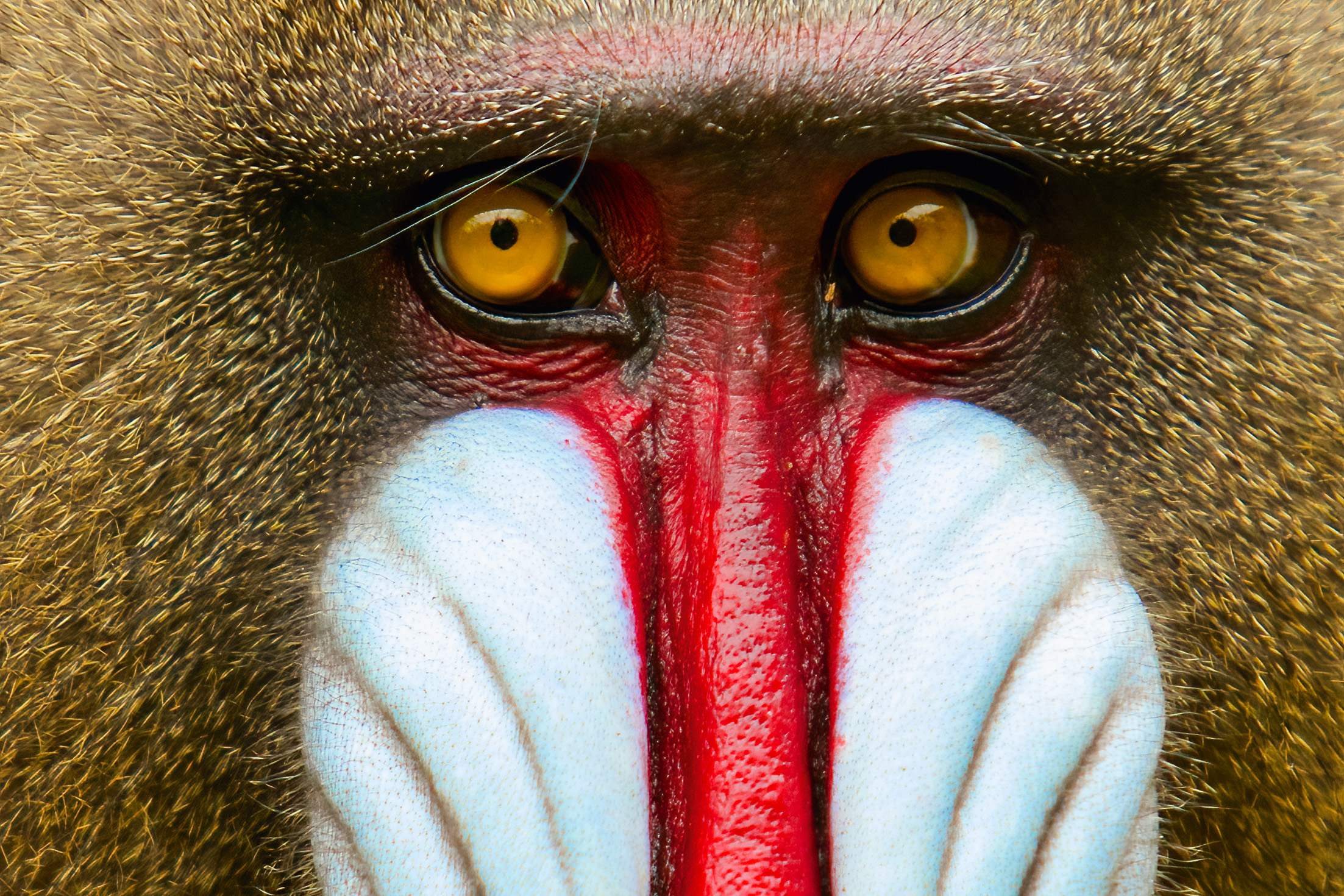 “The natural world is awash with colour, but we are only seeing half the story,” according to Sir David Attenborough. “If we could see things as animals do, our world would become unimaginably brighter. Now, thanks to new science and technology, we can at last open our eyes.”

Millions of years ago, the first animals with eyes were unable to distinguish colour. Gradually, seeing in colour gave animals many advantages, helping them find food, attract a mate or warn off an enemy, from the peacock’s vibrant and grand tail to the poison dart frog’s vivid warning colours.

In the natural world, colour is widely used in competition and for intimidation. Few animals demonstrate this better than mandrills, a large primate found in West Africa.

Males are impressive beasts, around twice the size of females, sometimes weighing more than 30 kiloegrammes. It’s their faces that are their most striking feature. Spreading down from the eyes along the muzzle to the end of the nose is a bright red stripe, flanked by two electric blue patches. Males don’t always get along and they have to fend off competition in order to reach a position of dominance.

But fighting is risky and few mandrils would choose to be on the receiving end of a bite from a competitor with its huge teeth. Instead, physical conflicts can be avoided by a display of colour, with the dominant individual often sporting reds and blues that are sufficiently vivid to fend of the competition.

The island of Madagascar is one of evolution’s great playhouses, rich in a diversity of unique species. Some of the island’s most varied inhabitants are the chameleons, which occupy a range of habitats, crawling amongst the vegetation to find food and shelter.

It’s difficult not to recognise a chameleon, with their ponderous jerky motion and rotating eyes that can move independently from one another. Finding one isn’t so easy, though, as many chameleons blend in extremely well with their habitat.

But camouflage hasn’t been the driving force in evolving their fabled powers of colour change. Instead, this capacity primarily functions in their social interactions. Chameleons aren’t always dull, but instead are often brightly marked. Some species, such as the panther chameleon (pictured), can take on a kaleidoscopic range of colours, from blue and green to yellow or red. They use their colours in their choice of mate, but also to fend off rivals. So when a chameleon decides to transform itself, it’s usually to either impress or intimidate others.

Fluttering over coastal meadows of the UK, a medium-sized moth is making little attempt to avoid unwanted attention. In fact, its colouration has evolved to do exactly the opposite. The a burnet moth has a mixture of shiny red markings set into a bold black warns potential birds that this isn’t a suitable meal.

In nature, warning signals often comprise striking reds, oranges and black. These signals are there to tell predators that the bearer is protected. In the case of the burnet moth, chemicals mainly obtained though the caterpillar’s diet contain a potent poison: cyanide. A bird foolish enough to take a bite would not make the mistake easily again.

Some of the most famous inhabitants of the huge island of New Guinea are the spectacular Birds-of-Paradise. In the dense forests, flashes of bright colours flitter across the canopy, while a cacophony of noise accompanies their presence.

As is often the case in nature, it is the males that are most vibrant, with females inspecting them closely and deciding who to mate with. Most species possess stunning plumage, such as the greater bird-of-paradise, with its mixture of intense green, bright yellow, and red-brown feathers.

Like many birds-of-paradise, males display to females in set areas, or courts. Before his performance, a male practices his moves before moving into the central court to dance, displaying his feathers and calling to watching females. He must be on his game, however, as potential mates are highly discerning.

Any safari would be incomplete without one of Africa’s most enigmatic mammals: the zebra. The function of their unmistakable black and white stripes has long been a mystery. For decades, naturalists have pondered whether the markings camouflage zebra in the savannah, perhaps breaking up the body outline to predatory lions, or perhaps they work in communication, with individual stripe patterns allowing zebra to recognise one another.

Recent scientific evidence strongly suggests a rather more unexpected reason: the stripes seem to confuse biting flies, like tsetse, which carry a prevalence of disease, somehow stopping the flies landing on the zebra and saving the striped creatures from these flying menaces.

Life in Colour: How Animals See The World by Martin Stevens is out now, published by Witness Books (£20, Hardback).

David Attenborough’s two-part series Life In Colour will be on Netflix from April 22. It’s also available on BBC iPlayer in the UK.

Martin Stevens is a professor in the Centre for Ecology and Conservation at the University of Exeter, England. He’s spent more than 15 years studying the coloration, behaviour and vision of animals. His research focuses on how animals use coloration for defence against predators, especially in marine creatures, birds and insects. He was recently awarded the Zoological Society of London’s Science Medal.