Power lines around the world are killing wildlife, from giraffes to flamingos. Is it possible to have electricity without the death toll?
By Irene Amiet 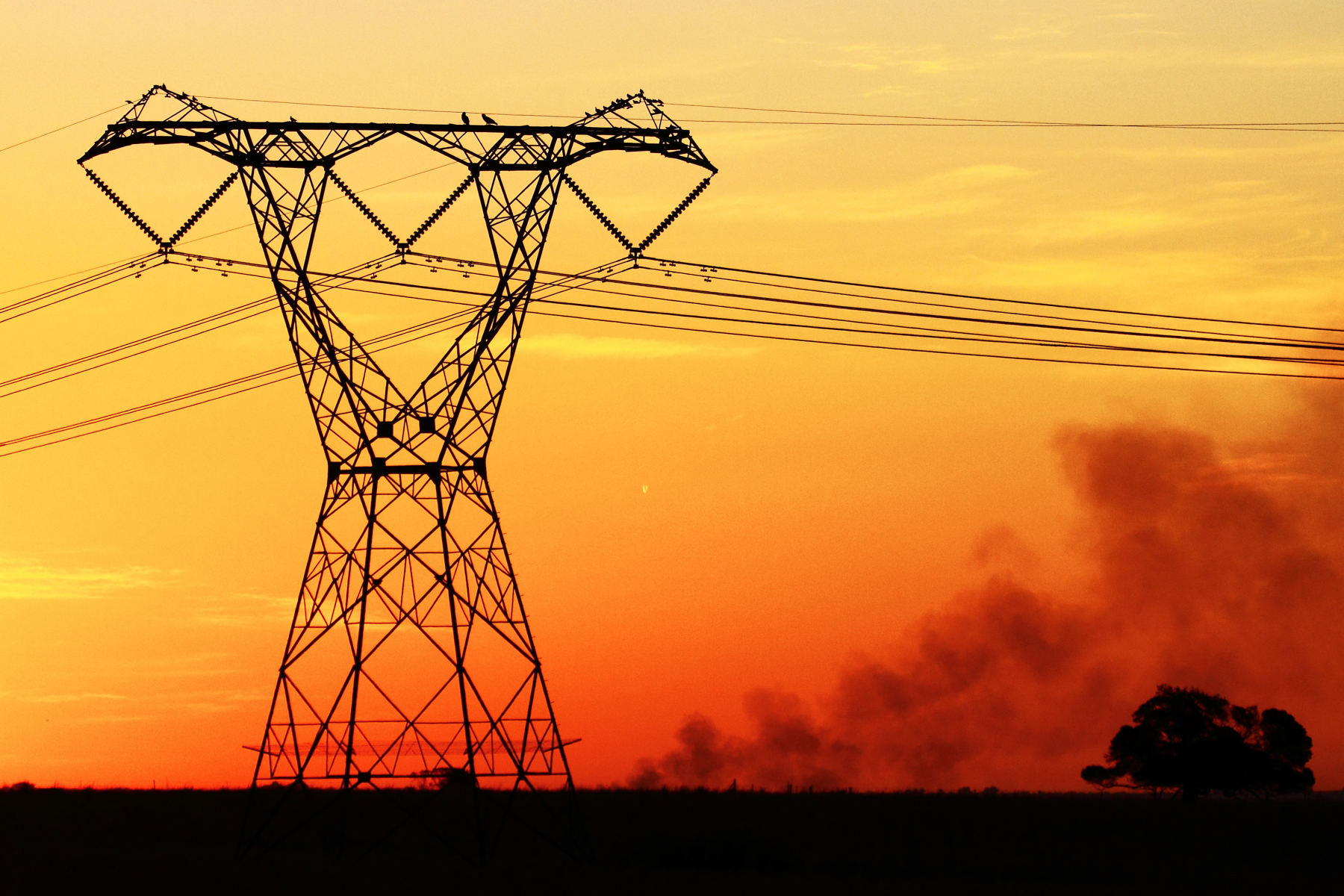 Three Critically Endangered giraffes died in early 2021, having been electrocuted by low-hanging power lines in Soysambu conservancy in Nakuru, Kenya. It was particularly tragic news for an animal that’s already suffering a ‘silent extinction’, with giraffe numbers plummeting. Widely reported as Rothschild’s giraffes, the electrocuted animals were (according to the Giraffe Conservation Foundation) Nubian giraffes, which have suffered a decline of 95 per cent in the last 30 years, pushing the subspecies towards extinction. Only around 3,000 Nubian giraffes remain in the wild.

Kenya Power has since confirmed they will replace the area’s electricity poles, which were too low for giraffes to safely pass under. But deaths from animals coming into contact with human infrastructure in Africa are not new. In 2017, nine elephants were killed in Botswana after uprooting an electricity pole.

More recently, there have been reports from Lake Elmenteita in Kenya of hundreds of lesser flamingos colliding with unmarked powerlines, leaving behind charred carcasses and threatening the future of this vital feeding and breeding ground. The Kenyan government is now proposing an additional 132kV high voltage powerline circling part of this Important Bird Area (IBP), a nesting ground for lesser flamingos and white pelicans.

“These wildlife deaths make me incredibly angry,” says Kaluki Paul Mutuku, regional director for Africa for conservation organisation Youth4Nature. “Power lines are death traps. These animals wouldn’t have to die if we just took the proper action to protect them.”

The world’s human population is growing and with it the expectation of improved infrastructure, such as roads, and reliable utilities, such as water and electricity. As wildlife habitat is rapidly declining, due to human expansion, co-existence is top of the agenda for conservationists. Electrical infrastructure needs to be a focal point.

The loss of wildlife to powerlines is a global issue. Often, deaths go unreported and are seen as collateral damage from development. In California, the annual cost of damage due to wildlife conflict is estimated to be 300 million dollars, with vultures and cranes among the most frequent powerline victims. Vultures’ wingspans often surpass the distance between conductor lines, causing them to be electrocuted when flapping or stretching their wings. Flamingos often fly at night and won’t see a powerline if it isn’t fitted with warning devices, such as LED lights, leading to fatal collisions. Primates also use powerlines to flee from predators, which can lead to electrocution injuries or deaths.

African animals tend to be larger than free-roaming wildlife in Europe and other regions, though, which causes more problems.

The Endangered Wildlife Trust (EWT) in South Africa runs a comprehensive database on the impact of powerlines on wildlife. For 25 years, they’ve partnered with ESKOM, South Africa’s biggest utility provider, to reduce damage to their power supply and safeguard wildlife, with a reduction of wildlife-induced power outages of up to 90 per cent.

“Our job is to assist power companies in investigating incidents and determining the root causes, so animals won’t pay the price of powerlines,” says Constant Hoogstad, Senior Manager at EWT, who now advises other countries on preventing powerline accidents. “We like to safeguard wildlife, but it’s important that the utility provider, private or government, understands the business point of view, as this will convince them to invest in making powerlines safer. For example, if a powerline is built too low and later needs raising, new poles are needed, which is costly. You put that against the loss of income from outages, but also a country’s loss in wildlife, which translates to tourism income, and it’s clear that making powerlines wildlife-safe is always financially worthwhile.”

In the case of the new Lake Elmenteita line, it makes sense to get the plan right from the start to avoid jeopardising more wildlife or incurring costs. “It’s easy to plan, route and design power lines correctly, or at the very least to implement safeguarding measures before the powerline is built,” Hoogstad argues. “To change it retrospectively will be 12 times more expensive for utility companies.”

Some power companies literally cut corners, showing their investors the lower costs of a shorter route, ignoring the fact that this will cause outages that cost millions in the long run. “If you approach power supply from a trial-by-error perspective, the consequences are drastic for wildlife and people,” says Hoogstad.

Hoogstad focuses his attention mainly on new powerlines, but he has also supervised the safeguarding of pre-existing lines where warning devices for raptors or LED lights preventing nocturnal accidents have been attached to the wires by helicopter.

He’s also worked to figure out the cause of outages with existing supplies. Conservation areas often thrive on tourism, which in turn requires infrastructure and an increased need for a reliable power supply. In South Africa’s Kruger National Park, the frequent felling of powerline poles required urgent attention as the replacement of knocked-down posts was proving costly to Eskom. Pinpointing the perpetrator wasn’t straight-forward. The main suspect was the rhino, so poles were protected by boulders to discourage the animals from rubbing their considerable weight against them, which was causing crooked poles and sagging lines.

But the boulders seemed to have little impact. The EWT conducted a surveillance program, with camera footage showing the Number One powerline pole vandal in Kruger Park was actually the Cape buffalo, followed by the rhino, with a number of other species using the poles as scratching posts or markers, including cheetah and warthog. New poles seemed to attract even more wildlife than old one, which was attributed to a strong smell of creosote used to protect the wood from insects. This kind of information is useful for planning a new line’s route, taking into account what sort of wildlife it will have to contend with. It’s an example of a conservation organisation and an energy provider working effectively together to keep costs lower, to reduce outages, and to protect animals.

Tasmania adapted the blueprint of the EWT/Eskom partnership when it noticed the frequent electrocution of its endangered wedge-tailed eagles. Conservationists tried to find solutions to prevent these accidents. Tasmanian Raptor Refuge signed a formal partnership with supplier TasNetworks, including a hotline where members of the public could report any incidents they’d seen and to monitor bird populations. TasNetworks have installed perches in some areas, so birds don’t perch on power lines, as well as flappers, to make powerlines more visible and reduce collisions.

In Kenya, giraffes have died before after being electrocuted by power lines, including one close to Nairobi National Park in 2019. The Kenyan government and NGOs approached the EWT for help and the issue was assessed. But a year later, more animals were killed in similar accidents, tragedies that could and should have been prevented.

Giraffes and other wild animals are a source of income for Kenya’s people and part of the world’s natural heritage. Youth4Nature’s Mutuku laments the lack of accountability among the people and companies responsible for electricity supplies in and around wildlife areas and corridors in African countries. He blames complacency and poor infrastructure-planning, coupled with a lack of punishment for mistakes. Apologies and statements along the lines of “We’ll take action to remedy these incidences” have led to nothing but shifting the blame to the innocent parties, namely the animals, he argues.

The situation could be improved if enough people rally to put pressure on the government, Mutuku suggests. “Kenyans have been on the frontlines to call out governments and responsible organisations to rethink developments, especially in wildlife-sensitive areas, including migratory and dispersal areas.”

Additional pressure from other countries and organisations would also be welcome, with hope that public awareness could lead to more countries working to make their powerlines safer before more wildlife pays the price. “It’s absurd that animals have to suffer because the people responsible for setting up the system fail to factor in coexistence and find alternative options that work for both wildlife and communities,” says Mutuku. “Wildlife shouldn’t have to suffer the consequences of human-made changes to the environment.”

Irene Amiet is a wildlife and nature photographer and freelance journalist with a conservation background. She covers conservation issues that need attention and uses her photography and writing for fundraising projects. For more, see www.ireneamiet.com or Instagram @ireneamiet