Richard Ladkani: “They’re fighting a war for our planet.”

The Austrian film-maker on elephants, the illegal wildlife trade and the dangers of exposing wildlife crime
By Graeme Green 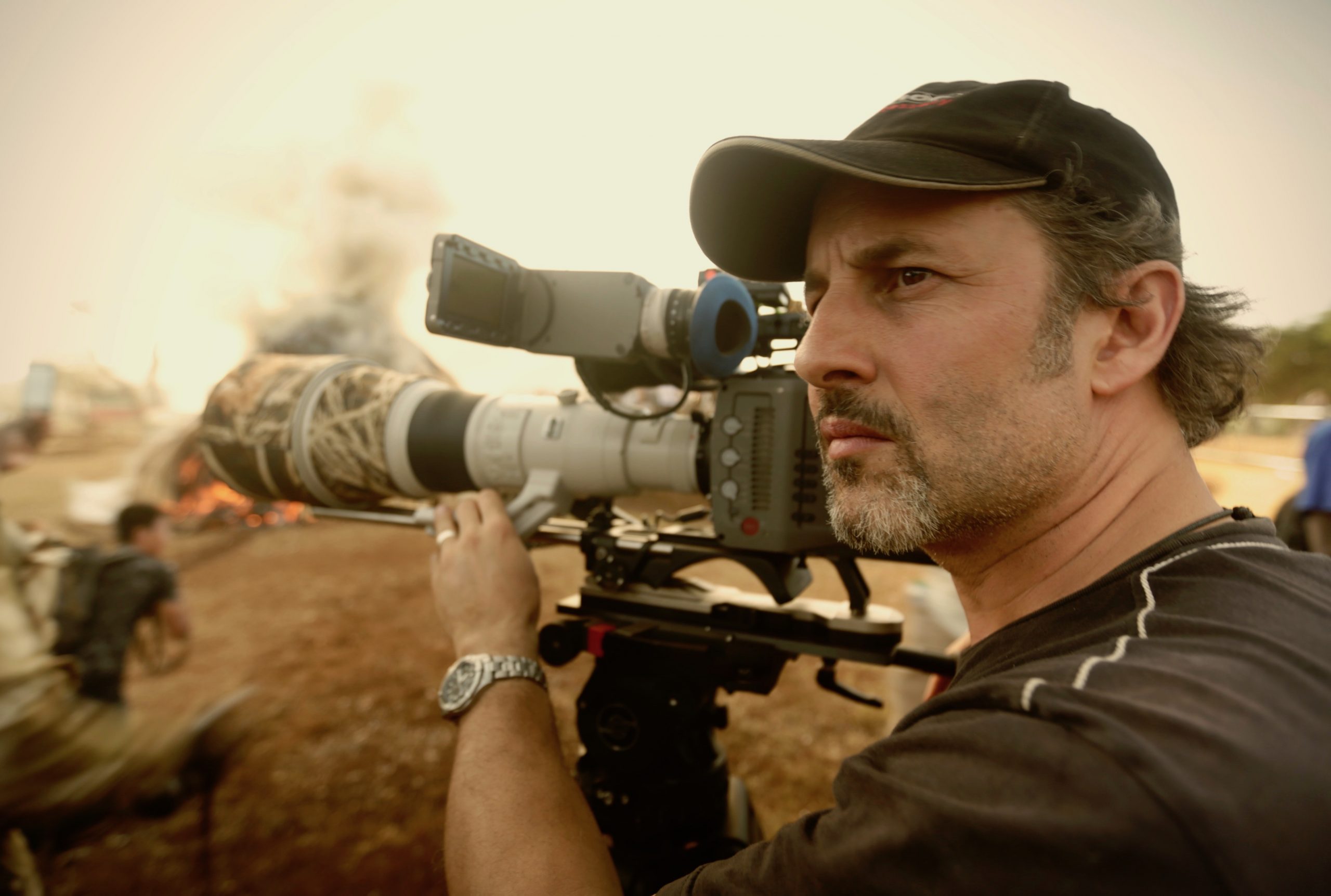 Richard Ladkani is a director, writer and cinematographer. He has worked on more than 50 films, directing 11 of them, including The Ivory Game, an investigation of the ivory trade, and Sea Of Shadows, which looks at criminal activity that’s driving the vaquita, the world’s smallest whale, towards extinction.

When you made The Ivory Game, were you shocked by the rate at which elephants were being killed?

Yes. That’s why I made the film. I read an article that said we are 10 years from the extinction of the African elephants. I couldn’t believe that this was taking place and I’d never heard about it. That was in 2013. I thought, “Here we have the systematic destruction of a species for greed and profit.” I was shocked that up to a 30,000, or some say up to 50,000, elephants were being killed and that their ivory was shipped off to China where it was laundered into the system with legal ivory.

Nobody had heard this was happening, so we said, “Let’s go out and tell the world what’s going on, so maybe we can make a difference.”

In the film, you show the size of the illegal trade in China, Hong Kong and across Asia, including vast showrooms with millions of pounds worth of illegal wildlife products.

Obviously, the people who were guarding this place knew that. Not surprisingly, every year there was less and less of that stockpile. Somehow, tusks kept disappearing, or it was sold off through back channels. It was hard to prove but it was obvious this was going on. I thought that as long as the legal trade of ivory was alive, there will always be ways to launder illegal ivory into legal ivory.

So in the film we called out the Chinese president as being the only person to really be able to stop the killing by making the ivory trade illegal. As long as there is a legal trade, it will never stop. We were extremely happy that two months after the film came out, the Chinese decided to ban the legal trade of ivory. The film was circulating in China as soon as it had come out. We heard people were watching the film high up in the government and that they actually liked it and that it was eye-opening to them.

The illegal wildlife trade, including ivory, has been able to continue because of high level corruption. Do you feel the political will is there to really tackle the trade?

It’s always complicated. You will always have a black market as long as there is a value to the product, but the fact that they banned the legal ivory trade did really gave elephants a break. The black market continues, but it’s so much harder to trade ivory tusks in the black market because anybody who buys ivory must be really rich and then when anybody suddenly puts a big tusk of ivory above their fireplace, he must have purchased it somewhere and that’s illegal. Putting something like that on display to his friends and family means: “I bought this on the black market.”

It’s different to rhino horn, for example, which is being consumed and it disappears in your body. Ivory tusks are a commodity you have to display for it to be worth it.

The killing will continue but on a much smaller scale. It’s just not the same market that it used to be where 30,000 to 50,000 elephants were being killed. It can’t be, because the ivory is so much harder to trade now.

Many elephants are still being killed, though, aren’t they?

Yes. It’s hard to get numbers these days because it hasn’t been such a priority. I know that the killings went down. They are still happening but not on the scale that it was between 2010 and 2014.

There’s a debate over whether seized ivory should be sold to make money to protect living elephants from poaching or burned so that it doesn’t stimulate the ivory market. What do you think?

We have the same with the totoaba (a type of fish) trade, with my new film Sea Of Shadows. There’s the same issue about legalizing totoaba, but how can you differentiate a legal from an illegal swim bladder once it has reached China? It’s impossible. As soon as you have a legal trade, the demand will actually skyrocket and it’s going to cause more killings, so I’m definitely against any trade of any species. It puts value on the species and the species shouldn’t have a value.

Your film Sea Of Shadows also looks at the illegal wildlife trade, this time the endangered vaquita in the Sea of Cortez off the Mexican coast. Is documentary making for you about tackling an issue and trying to bring about some sort of change?
Yes. I’m inspired by people who inspire. When I meet people who are risking their lives to put an end to a senseless war against nature, I feel I need to let the world know about these people and spotlight them and elevate them to a world stage. It’s about saying, “Look at these people. They’re fighting a war out there, a war for our planet and they’re on the frontlines risking their lives for humanity, for us all, for the animal kingdom.” That is what I think is really powerful and that is what I go for.

In Sea Of Shadows, it’s less about the vaquita but more about the act of saving endangered species and going and doing something about these terrible things that are happening in our world. Too many people feel helpless, but these people have decided to act. That’s why I want to make films about them because I feel that they can inspire so many other people.

These films put you in dangerous situations with wildlife traffickers. How do you weigh up the risks?

I look at these people that inspire me and think, “If they’re taking the risk every day to fight a war on our behalves, I might as well take the risk for the amount of time it takes to shoot the film.” Yes, it is dangerous and all of us take big risks to go out there and tell that story but it is so important to let the world know, so I’m willing to take those risks. All the people that are with me on the crew share my feelings.

I don’t think so much about the danger. Of course, we do preparation. I always think we can get out of it alive because we take all the precautions we can to keep ourselves safe.


The Ivory Game is available to watch on Netflix: www.netflix.com.

For details of his films, see www.malaikapictures.com. 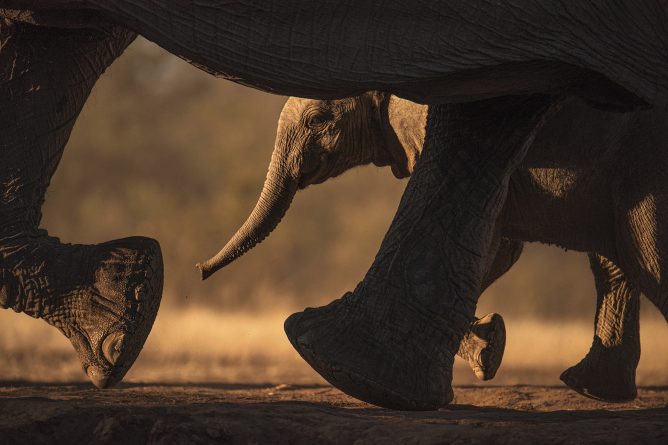 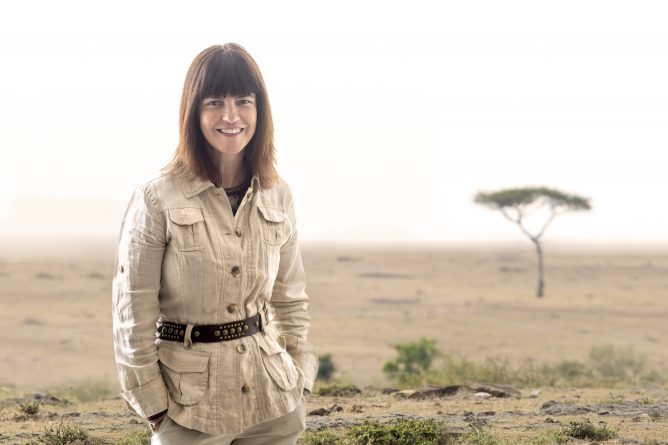