Sandesh Kadur: “The next big pandemic could wipe out even more people.” 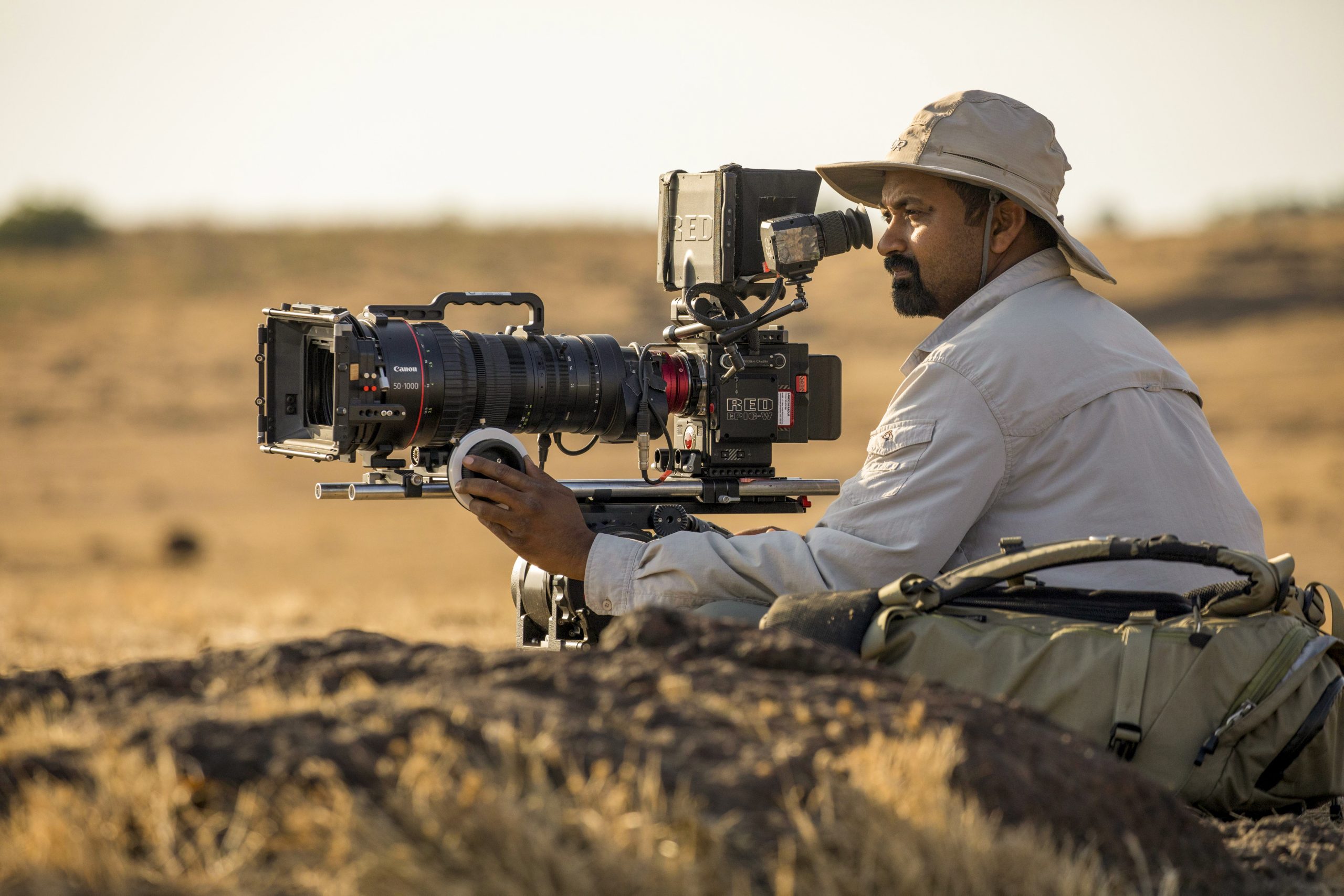 Sandesh Kadur is an Indian wildlife photojournalist, author and documentary filmmaker for the BBC, Discovery, Netflix and National Geographic. He’s recently worked on the BBC’s One Planet Seven Worlds, Netflix’s Our Planet I and Nat Geo’s Wild Cats Of India. He’s a Senior Fellow of the International League of Conservation Photographers. His work focuses on the need to protect the world’s wildlife and ecosystems.

What set you on the path to photograph and film wildlife?

As far back as I can recall, I’ve always been fond of nature and the outdoors. I come from a family that’s very nature-oriented. Ants fascinated me endlessly, and it helped having a father who was a professor in Entomology who could actually tell me more about these little creatures.

These stories stay with you and help you form a connection. That’s what I love most about what I do now: I try to connect people with powerful stories from nature and hope they get connected, just as I did many years ago.

My closest friend, Kartick Satyanarayan, runs one of India’s most well-known wildlife conservation centres: Wildlife SOS. We started off together in the forests close to Bangalore. I started to work on documentaries and used my photographs to help educate and inspire conservation, while Kartick started Wildlife SOS to rescue bears and now helps rescue animals across the country.

What’s been your most challenging shoot to work on in your career?

Every shoot poses its own unique challenges, whether it’s working with wildlife vets to get clouded leopards back into the wild or working to document King cobras. It’s all unique. It’s all challenging and different every time.

You need to have an endless amount of patience when it comes to working with wildlife. Most recently, for my project to capture India’s wild cats, I spent the better part of two years constantly on the road, trying to film cats. It wasn’t always easy. I remember going from +45 degrees Celsius while filming jungle cats to filming snow leopards the next day at -25 degrees Celsius and at high elevation. The body just had to get adjusted to extreme variations in temperature and elevation.

Trying to capture nearly 10 species of India’s cats in one year – that’s right up there as one of my toughest challenges.

Is India your favourite country to photograph and film wildlife in?

I like India, not only because it’s my home, but also because it’s been so neglected when it comes to documenting its wildlife. You turn on the television even in India and most of the time you only get to watch animals from Africa.

I’ve always wanted to showcase India’s wildlife with a twist and bring it to the forefront. Although I’ve worked in many other parts of the world, Mexico, parts of Africa, I keep coming back to work in India because so many of the stories have never been told or species documented.

Recently, I did a sequence for One Planet Seven Worlds for the BBC and we filmed the Sarada, the fan-throated lizard. Its epic battle is fascinating to watch and most people had never ever seen this unusual lizard on television before.

I like to capture species and stories that have never been done before. Often, that’s where the challenge and the frustration comes in.

You filmed langurs in Jodhpur, India, for Planet Earth II. What was that shoot like?

I’ve filmed langurs in Jodhpur several times. The first time was for Planet Earth II for the BBC. It was great fun chasing the langur across the rooftops from house to house. It was tiring work and non-stop, but it was great fun.

Do you think many cities have more wildlife in them than people think?

Cities are a new habitat and some species will adapt to thrive in these places as they must. As city planners continue to change the urban landscape, there’s a lot of room to integrate wildlife-friendly designs in cities to help provide better nesting for species like house sparrow, that we’ve mostly lost across the country.

I definitely call on architects to help make our cities more wild. India has a lot of good examples of how it could still work.

The grasslands of Kaziranga are a very special place for me. I first visited there in 2009 and was immediately smitten by the mysterious beauty of the park. The grasslands are so tall that they even hides elephants.

It’s a very fertile floodplain and the closest any place in India can get to, say, the Serengeti, just in terms of sheer numbers and diversity of ungulates. This super-rich assemblage of ungulates also makes it one of the top places for tigers, but to see a tiger through the grass is nearly impossible.

But this place really is the kingdom of the rhino and the elephant. About half the world’s population of the one-horned rhino survives here and a healthy population of elephants. While African elephants get a lot of press, these Indian elephants are in the press when they raid crops in the months of November and December, around the time of harvest.

Again, the elephants are sacred to many, but these connections are slowly eroding as pressures from population build-up increase and corridors get fragmented.

What’s the most incredible wildlife moment or activity you’ve ever experienced and filmed or photographed?

There are always moments that you wish you had captured, but it doesn’t always go your way. But I do remember a moment while we were filming King cobras, where what we thought was going to be a male king cobra mating with a female turned into a different situation. His intention changed from courtship to consumption in a moment. Suddenly, that unpredictable change of behaviour had my hands tremoring while filming that sequence.

You’ve met the Dalai Lama. What was that experience like?

Humbling. Even that is not a word that can fully describe the feeling inside while you’re in the presence of the Dalai Lama. To be able to meet him in person and converse while presenting him a book that I had spent five years working on, Himalaya: Mountains of Life, was definitely one of the most humbling experiences of my career.

As soon as the Dalai Lama received the book, he sat there and stage and worked his way through the book one page at a time, every now and then chuckling and nodding as if in some way connecting to the images. It made me realise that no matter what, one must never lose that innate sense of curiosity for the natural world.

The next 10 years is critical for the world’s wildlife. What would you like to see happen around the world?

Currently, with the ongoing coronavirus pandemic, it’s important to realise the wildlife connection to it all. An outbreak like this has been predicted in the past, and several examples of viruses jumping from animal to human have happened.

I hope that, moving forward, we’ll respect that wild animals have to be left alone and that bushmeat or trade in animals can only result in the next big pandemic, which could wipe out even more people. The scale of the current problem is yet to fully sink in, but its impact is already being felt worldwide.

While the Earth takes a deep breath, it’s up to us, humans, to figure out ways of keep the world in balance and to look back and find the points of imbalance, to ensure that it doesn’t get repeated again.

Graeme Green is a photographer and journalist: www.graeme-green.com