The global trade in animal body parts is wiping out wildlife, far beyond well-publicised elephants, rhinos and tigers. How can it be stopped?
By Graeme Green 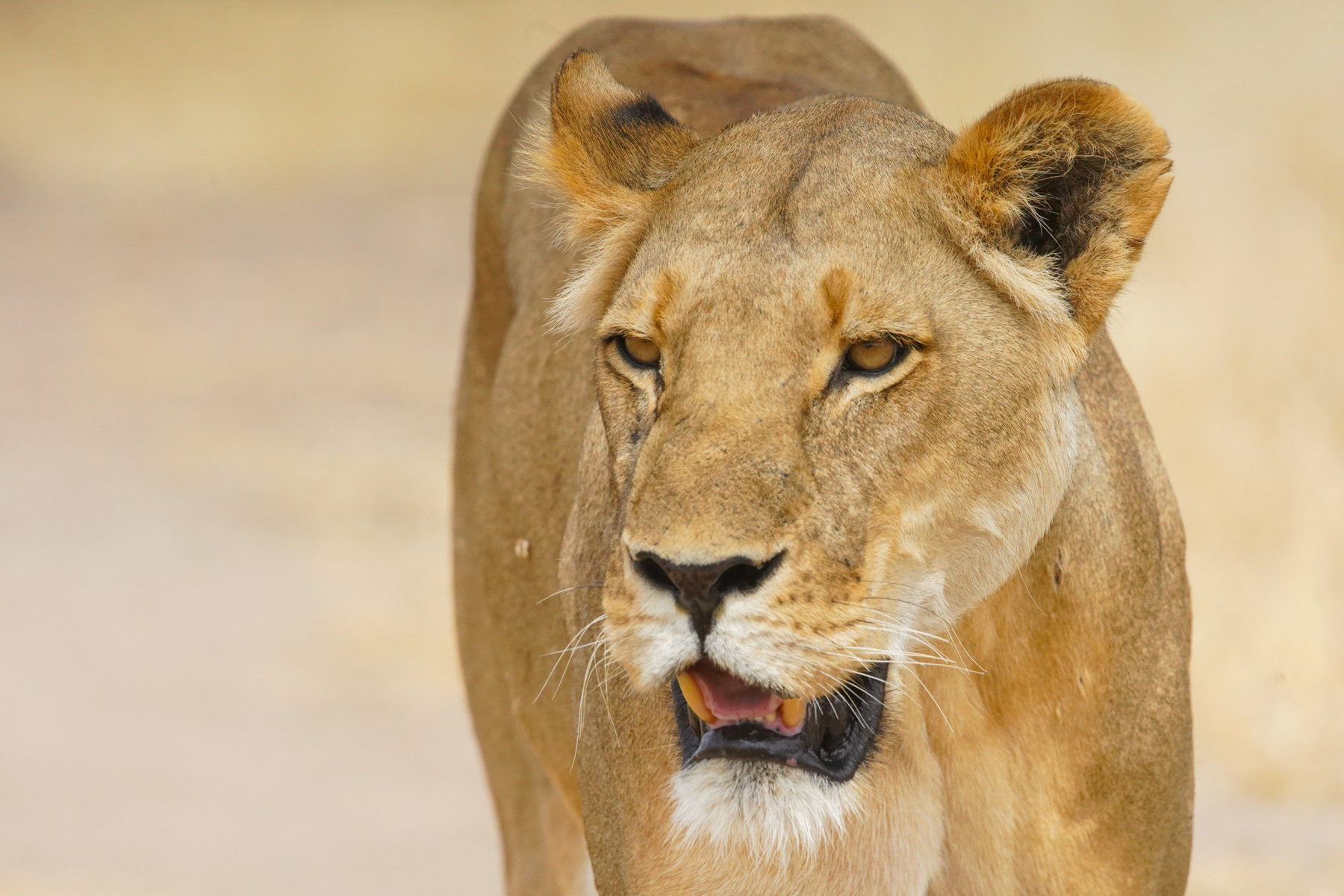 “I’ve seen all kinds of weird stuff, like guitars made out of armadillos,” says Peter Knights, CEO of WildAid. “There’s no end to the imagination of what people can put animals into as products.”

For decades, attention on the hugely profitable global illegal wildlife trade has focused on elephants, rhinos and tigers, three species slaughtered for their ivory, horns, skins and bones. More recently, pangolins, the most trafficked mammal in the world, have been in the spotlight, as wildlife organisations race to stop the animals, sold for their meat and scales in Africa and Asia, from going extinct.

But these animals are just the tip of the iceberg, with many other species killed and used for ‘medicine’, meat, ornaments, trinkets and decorations, often without the same much-needed global attention. “I’ve spent half my career looking at pieces of dead animals,” says Knights. “For an incredibly beautiful animal to be rendered down to a rag, a bone or a necklace is tragic, especially when you know how few of these animals there are left.”

One species not widely associated with traditional ‘medicine’ or ornamental use is the African lion. But lions are increasingly being targeted and poached for their valuable skins, claws, teeth and bones. “It’s a terrible experience,” says Vincent Opyene, founder of the Natural Resource Conservation Network. “Imagine being in a national park and seeing many lions, then returning later to the same place and it’s empty. You ask yourself: “Where have they gone? Will they be coming back?” No one knows.”

Lions across Africa are being wiped out at a rapid pace, with a decline of around 50 per cent in the last 25 years. Habitat loss, human-wildlife conflict and bushmeat hunting (which decreases lions’ prey) are all major factors.

But throughout history, lions have been symbols of strength, courage, power and nobility, and the mystical belief that these qualities can be transferred to humans is causing many of them to be killed. “Because lions are very strong, there are people who want to use their claws and other parts for medicinal purposes,” says Openye, who’s working to combat the illegal wildlife trade in Uganda and elsewhere. “They want to be in control of things and to be tough, like a lion.”

The Natural Resource Conservation Network has found lion parts being bought and sold in Uganda, DRC, South Sudan and are also investigating in Kenya and Tanzania. Mozambique is another hotspot.

Getting to grips with the issue is difficult, as the rituals using lion body parts, performed by traditional healers for mystical, medicinal or ‘zootherapeutic’ purposes, often take place behind closed doors, and the sale of illegal wildlife parts is kept quiet.

But, according to a recent pan-African study, practitioners and consumers mainly use the fat, claws, skin and teeth for ‘healing’, for luck or other benefits, such as strength or overcoming adversity. Lion fat is wrongly believed to treat allergies, polio and other ailments, or to increase dignity and good fortune. Bones are thought to fix problems, like rheumatism, or used as divination instruments by ‘bone-throwing’ traditional healers to connect with lion-related spirits and draw beneficial qualities from them, such as strength. Bones are also crushed and used in medicine.

The trade in body parts has the potential to become an existential threat to lions in some areas of Africa. Lions currently occupy less than eight per cent of their historic range, with estimates that there are fewer than 20,000 left on the continent. The loss would be catastrophic, with lions vital to maintaining a balance between predator and prey populations, so herbivores, such as antelopes, don’t overgraze and destroy vegetation. Lions are also important to local people across Africa, including for the money they bring in through tourism.

As with rhino horn and pangolin scales (both made from keratin), this is an absurd, tragic situation where endangered animals are being killed for a product with no benefits or medicinal properties, just irrational, anti-scientific beliefs. “There should be training or education for people,” suggests Openye. “But even if you give workshops or lectures, there are people who still won’t believe you. People say “Lion parts are good and this is the raw material we need, and these other guys who say otherwise are just lying.” So, we do need information and training, but we also need investigations, arrests and prosecutions. We need to support anti-poaching and anti-trafficking work.”

Lions parts (skulls, skins, claws…) are also sold at markets as souvenirs for foreign tourists. Their bones are also trafficked to China, Vietnam and other parts of Asia where they’re passed off as more expensive tiger bones, which many people also mistakenly believe to have medicinal properties. “We hear from our undercover teams that people in Asia are demanding these body parts, including bones and skins,” says Openye. “If they can get a skin that’s complete and properly skinned, it can be stuffed for decorations in houses. There’s a demand for this in China, Vietnam and in Asian society. All this is increasing the threat to lion populations across Africa. If the threats they face are not dealt with, they will definitely be finished.”

Many other species are seen by some to be worth more dead than alive. “When people get a crocodile, they know they can sell the skin. People get the python for the skin. It’s hugely valuable,” says Openye. “They want to take ostriches’ eggs, for cultural purposes and ornaments in the house. A lot of animals are killed for their parts, for skins, for eggs, for traditional medicine or decoration.”

From icons to little-known species, much of the killing is caused by beliefs in magic, superstitions and misinformation. “In markets across Africa, you have a lot of strange things, like vultures’ heads, used for mystical medicine,” explains Peter Knights. “In Togo, I’ve seen markets with terrible dried monkeys shrivelled in the sun, antelope heads with the horns on… All this is to heal illnesses or complaints, or to imbue them with qualities like strength or speed. There’s also the international exotic market and ‘belief-based medicine’, which is that you’ll inherit the power of animal when you eat them, such as rhino horn. I’ve met people in Asia who are convinced that wrapping themselves in a tiger skin somehow gives them strength.”

The high prices for objects such as ivory, rhino horn and tiger bones has created a market for profitable fakes. Hippos are poached for their teeth, which can be passed off as ivory. The bones of big cats, such as lions and leopards, can be sold as substitutes for more profitable tiger bones. “Most things that previously lived in Asia, like tigers and rhinos, were wiped out, so they switched to Africa. With pangolins, having run out of a supply in Asia, they switched on to the Africa supply.”

Bushmeat, for sale or consumption, is also leading to some animals being poached. The source of the COVID-19 pandemic, which has had a devastating global impact, is thought to have been pangolin or bats sold at China’s food markets. The crisis caused by the pandemic has also led to an increase in bushmeat hunting across Africa, as desperate people hunt for meat to eat or sell. Recently, meat from endangered species of lemurs and fossas was found on sale in markets villages around Makira Natural Park, northeastern Madagascar.

Another big segment of the wildlife trade market consists of souvenirs, ornaments and products. Incredibly, the skins of polar bears are being sold to markets in Asia, despite the crisis facing polar bears due to climate change.

But the wildlife trade is not an Asia-specific problem, with body parts and products sold to the UK, Europe and the United States and elsewhere. “The big thing internationally is turtles, turtle shells, or whole stuffed turtles,” says Knights. “It’s a novelty. Turtle shell, as a decoration, is a beautiful material. There are also reptile skin products, like snakes or lizards. It tends to be souvenirs people pick up on holiday and bring back, and maybe they don’t release its wildlife.”

“There’s definitely a wildlife trade that comes into Europe and the US, not just Asia,” Knights adds. “Antelope, dried smoked meat is shipped. Coral products or shells, too, which people don’t always understand is protected, when in many cases it’s endangered.”

As with the international drugs trade, while demand exists and large profits are still to be made, the global wildlife trade will continue, no matter how much work goes into anti-poaching. “You have to change the society,” says Knights. “If a person buys rhino horn to cure cancer, they’re not rational. You can’t appeal rationally to that person. But you can appeal to their grandchildren or neighbours and show its anti-social, that they’re destroying our planet. In Hong Kong, Singapore, Vietnam, China, we’ve seen countries go through an ethical revolution, from thinking the wildlife trade is cool to thinking buying these products is socially unacceptable. Wildlife products are associated with wealth. But it’s a demand nobody has a legitimate use for. People used to be believe traditional ‘medicine’ was life-saving. But with all the information available, it doesn’t make any sense at all.”

The key to reducing the trade is driving home personal responsibility. “The person buying the product is driving the whole process,” argues Knights. “The hunter is in the middle and if they’re poor, they’re just doing something to feed their family. They may not have a choice. But the person who buys ivory or other animal products has millions of choices. That’s the tragedy. The law enforcement effort goes towards stopping the guy in Africa hunting, but the cause of the problem is the person buying it in Asia or the UK or the US. When the buying stops, the killing can stop too.”