The American photographer on gorilla encounters, being shot at, vegetarians and the future of the planet
By Graeme Green 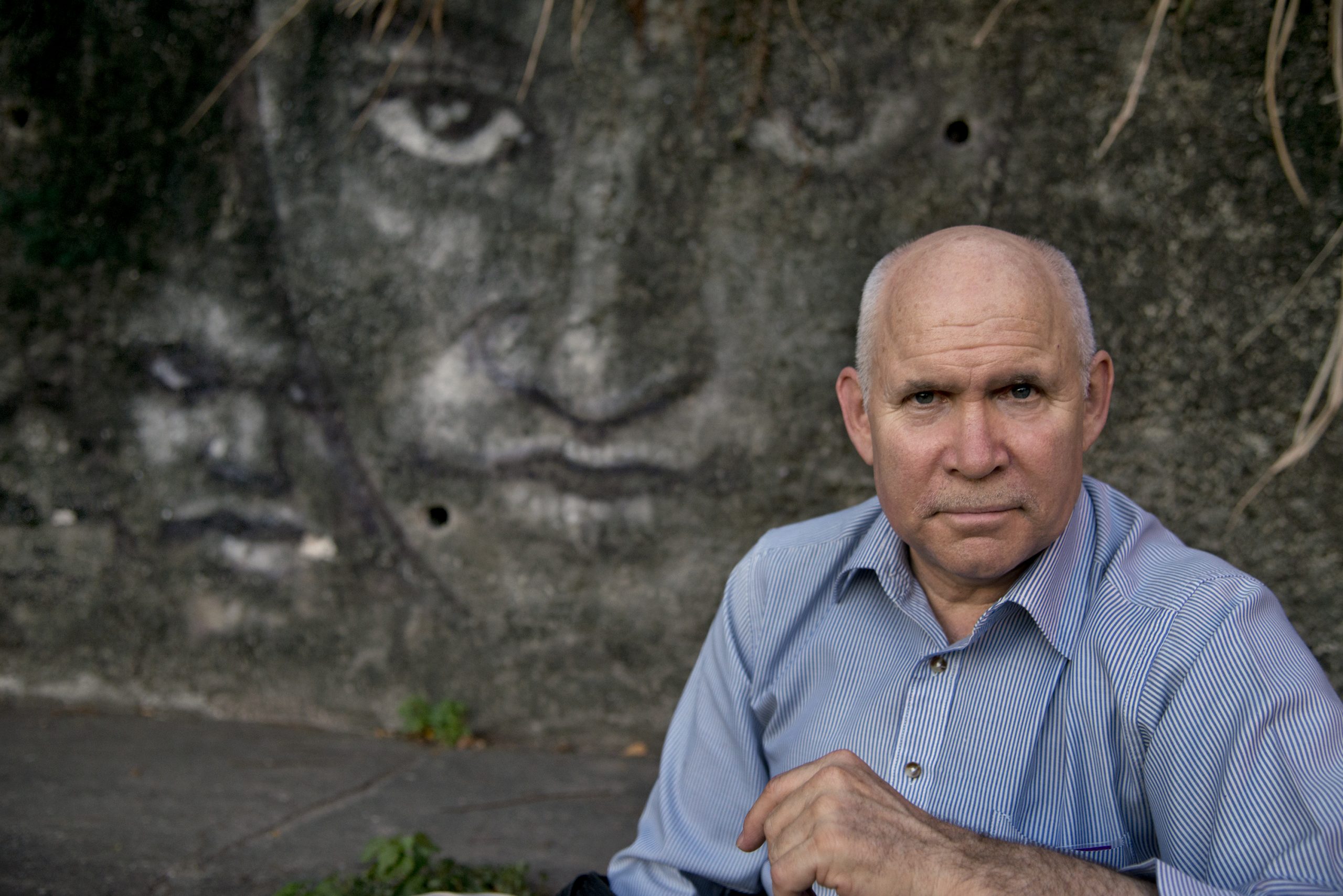 Steve McCurry is a Magnum photographer. His work, including his famous Afghan Girl image, appears in publications around the world, from National Geographic to TIME. He’s covered conflicts zones such as Afghanistan, Cambodia, Iraq and Colombia, and photographed people from all walks of life, from refugees and soldiers to monks, fisherman, farmers around the world. His latest book focuses on Animals.

Many people will know you for your photos of people. How did Animals come about?

I’ve been fascinated with animals my whole life. Any kind of animals: dogs, cats, elephants, camels… It was natural for me, when I saw animals in interesting situations, to photograph them. I travelled all over the world many times and did all kinds of stories, from elephants logging in Burma to the nature of the Galapagos islands to beasts of burden or pets.

It’s so important for us, as the world overheats and is overpopulated, to pay attention to our fellow animals and to try and take care of them because, in many cases, they’re dependant on our good will and our compassion. So many animals’ habitats have been lost: orangutans, elephants, and on and on.

We’re at a critical stage. It’s often hard to be optimistic about where all this is leading to because we seem to be on the razor’s edge in many cases of these different animals’ survival. It’s really quite alarming.

There’s a quote in the book by Emmanuel Kant: “We can judge the heart of a man by his treatment of animals.”

Yes. You’ve got to judge a person’s character by how compassionate they are to their animals, to a horse, to a mule or a donkey. So many places are beast-dependant, whether that’s a buffalo to plough the field or transportation, when they hook up a horse or a mule to a carriage. You see people whipping these animals to go uphill and it just breaks your heart because they are trapped. They are prisoners. That was fine a thousand years ago but I think we can do better. I know I have to be realistic about the world we live in, but I think it’s something that we can strive for.

I also think elephant rides you can get in Thailand and India… That really has to stop. If people knew how the animals were treated, they’d be horrified. Once the tourist leaves, the animal gets chained up. They feed them a little bit of food and they’re chained, and these majestic creatures are basically tortured so that the tourist can take a ride in the forest. That has to end.

Many of your photos show people around the world interacting with animals or living close to wildlife. Do you think people in Western countries have lost something by often being disconnected from nature?

Yes. I think we go to the supermarket and we can buy a cut of meat or fish in a plastic wrapper, and you don’t realize where is this coming from and the consequence for the environment. I feel like we have a lot to learn about how we treat animals and how we eat animals.

I look at cardboard containers. We’re cutting down rainforests in Indonesia for wood that ends up as boxes for packaging or wrapping, or in Brazil for cattle. It’s endless. Where is it going to end? We have to continue to educate ourselves into trying to be conscious of what are we doing to the environment.

There are photos in your book of gorillas. Did photographing gorillas have a big effect on you?

It was profound to see them and how they relate to their children and their young. Gorillas are so powerful. They were enormous, like 300 pounds, and they climbed trees effortlessly. They could knock you down with one swipe of their hand or paw. But they weren’t threatening at all. They were amazing animals to see at the close range. They’re so gentle, and they’re vegetarian too.

Do you have a soft spot for vegetarians?

Yes. We really have to think twice about what we eat. That’s kind of a controversial topic. In an ideal world, I think we could probably do without eating meat or fish. The oceans are in great peril. I’m not sure how healthy some of the fish is with all the contaminants. The way animals are treated, pigs and cows and chickens… If you knew how these animals were treated, I think we would all be vegetarians in a heartbeat.

There is probably no real reason for why we would need to eat meat. Tere was a great film recently made by a friend of mind, Louis Psihoyos, called The Game Changers, and it’s about people who have become vegan. I just think we have to rethink the whole thing and really consider these animals and how they’re being treated in these really terrible conditions.

You’ve been photographing the world for 45 years. What’s your global perspective of how we, humankind, are doing in terms of talking the important issues, like climate change?

There are a lot of people that are very passionate and they’re trying to do important things. The question is: is it happening fast enough? Recently, we lost some of the koala bears in Australia on the fires. It just seems like things are moving really slowly.

I think, in the end, most of these animals are going to end up being protected, almost like in closures. I know lemurs in Madagascar are still being killed for bush meat. You look at poaching: the rhino horns, the elephant tusks… How can people be so uncaring and still want to buy ivory jewellery or have the notion that this rhino horn is going to somehow be an aphrodisiac? It just boggles the mind.

It’s a hard one. We will see. If indeed climate change keeps escalating, people are going to be more concerned with their home and their next meal, and it’s going to become a much dire situation. It’s hard to be optimistic.

Are you frustrated that situations you’ve covered over the last 20, 30 or 40 years, such as war, refugee crises or wildlife issues, are still going on?

Yes, it’s very frustrating. The conversation in the US now… You turn on the TV and it’s all mostly political. It seems to me that it’s 85 or 90 per cent just internal bickering. I guess you could say the same thing for the UK.

It’s hard to get people’s attention when you’re competing with their football club or basketball game or shopping for Christmas. People don’t have the time to focus on these issues.

Back in 1979, you were jumping over fences, wearing disguises and reporting on the war in Afghanistan. Have you mellowed with age, or are you still hopping over fences now and then?

Certain things work at certain times in your life. When I was in my 20s and 30s, I was more willing to take risks. I remember in Afghanistan, it got dark and we literally laid down on the ground. It was November, it was pretty damn cold, and we lay down the ground and tried to sleep, like a pack of dogs.

Getting shot at is ok at some point, I suppose. But I have a family now, so I’m less inclined to want to put myself in danger.

After 45 years, are you still just as curious about the world as you were?

I was just in Madagascar last week. I thought it was amazing: going to a new place, seeing new things. There are wonderful animals and wonderful trees, which are unique in the world, so it was a thrill to go to a new place and meet new people. Madagascar is like any other place in the world, so I still get a buzz. I still get a rush of travelling and going to new places, or even if I go to old places and see how things have changed.

Where are you heading to next?

Antarctica. I have never been, so I guess, once in my lifetime, I want to explore before the ice is all gone. I don’t think that is happening in the near future but I just wanted to see it at least once.

All photos by Steve McCurry.

Animals by Steve McCurry is out now, published by Taschen: www.taschen.com.

Steve McCurry: New Big 5 podcast
On gorilla encounters, his love of elephants, being shot at, wildlife photography, and his concern for the future
Articles