The simple facts on climate change

From how we got here to what the next 10 years look like, plus what to say to non-believers
By Mahir Ilgaz, Research Coordinator at 350 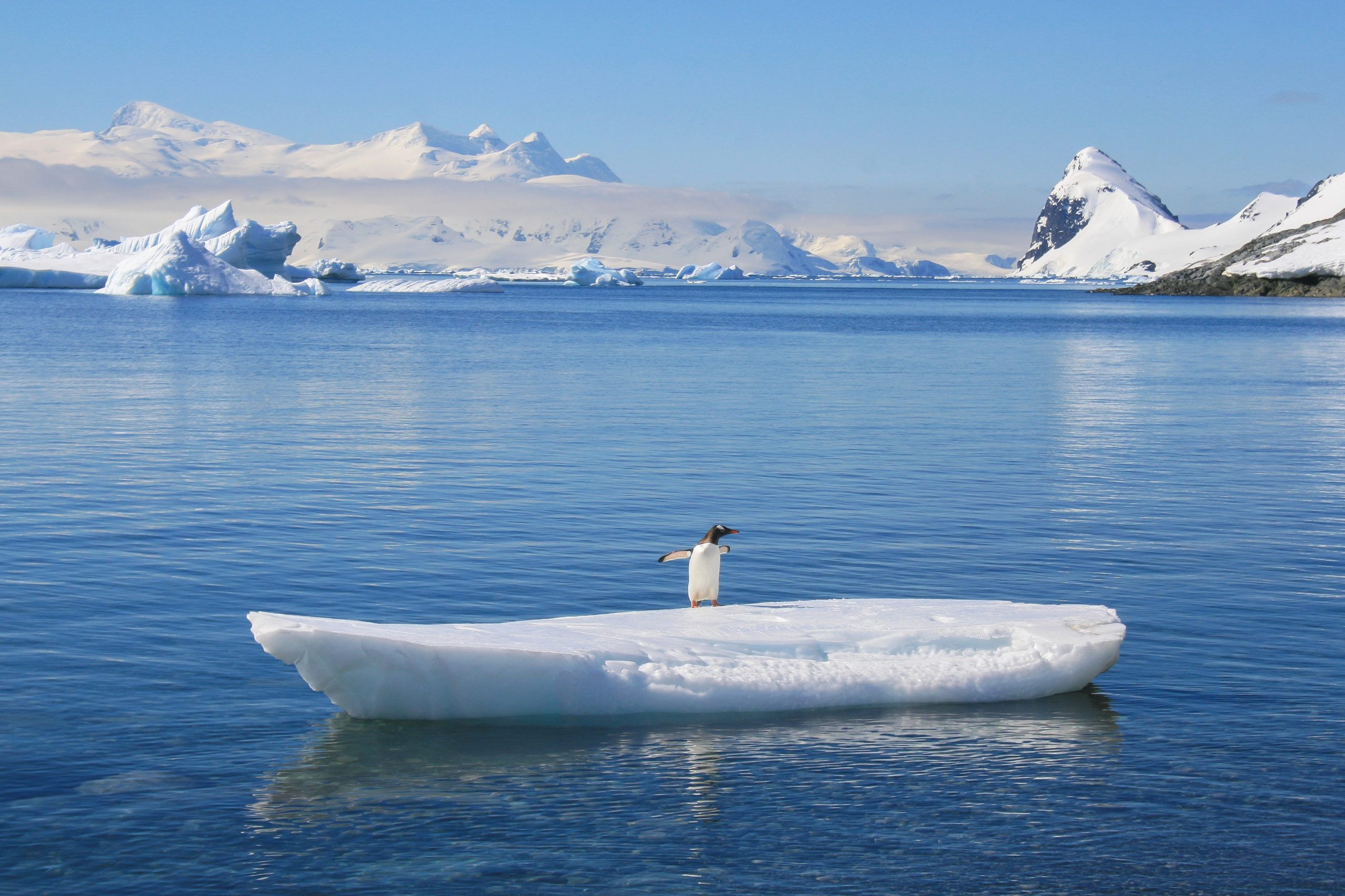 What is climate change?
Climate change is a general term covering the overall rise in the Earth’s average temperature due to a concentration of greenhouse gasses, which prevent Earth’s natural systems from dispersing solar radiation back to space to keep a stable climate.

When was the term climate change first used?
In 1975, by the scientist Wallace Broecker.

Is climate change different from global warming?
Somewhat. Climate Change includes global warming but it also covers regional or global long-term changes to the climate (often as a result of global warming).

What other man-made factors cause climate change?
In general, all activities based on consumption that go beyond the Earth’s capacity to replace or repair the damage caused by those consumption patterns can drive climate change. Industrial livestock farming is one example. Such activities also hurt the planet’s natural remedy mechanisms. Oceans warming up mean that oceans are less able to absorb carbon. Deforestation means less carbon is absorbed by plants.

Has deforestation contributed to climate change?
On average, we lost around 15 million hectares of tree cover and primary forest per year over the last decade. This means our capacity to sink carbon is being eroded.

When did climate change start to impact on the Earth’s climate?
The Industrial Revolution (starting from the mid 18th century) was a big moment. It caused large-scale shifts to carbon-based fuels. It also shifted resource consumption patterns in a big way.

Why should people care about climate change?
Only a very lucky, privileged, and increasingly dwindling minority will not be gravely and directly affected if climate change goes unchecked. People should question whether they or their children are guaranteed to be in that minority. Also, Earth will be a much more unpleasant place to live in for everybody unless we fix this crisis.

How much has the Earth’s temperature risen in the last 50 years?
Earth has warmed up by more than 1 degree Celsius since the industrial revolution. More than half that change happened over the last 50 years. The last decade was the hottest on record.

How much has the oceans’ temperatures risen in the last 50 years?
By about half a degree Celsius. Unfortunately, the warming rate is increasing. There’s been an increase of between 0.09 to 0.13 degrees Celsius by decade since the 1970s.

How much have the world’s ice masses been depleted in the last 50 years
Antarctica has lost 127 gigatons per year. Greenland lost 286 gigatons per year since the start of the 2000s. Again, loss rates are increasing.

Are glaciers disappearing?
Yes, all over the place. One does not have to search far for examples. Unfortunately, if you know of any glaciers in your region, they are most probably at risk. Even Iceland is losing its famed glaciers.

How have the world’s coral systems been impacted by climate change?
Very badly. Those systems, already at risk from pollution and other man-made causes, are having more bleaching events due to climate change. An average warming of 2 degrees will very likely mean a permanent loss of most coral systems.

Are some fires, like those seen in Australia and in the US, likely to have been caused by climate change?
In the absence of direct witnesses, it’s almost always impossible to pinpoint the exact cause of a fire. But climate change and global heating definitely make fires much more likely and much more intense when they happen.

Many people talk about climate change as something to worry about in the future? But climate change is happening now, isn’t it?
Yes, of course. We already said that the average surface temperature of the planet is about 1 degree Celsius warmer. It’s Newton’s third law: there will be a reaction. It will get worse as greenhouse gasses already in the atmosphere also start to factor in. It will get exponentially worse as heating increases. Even minute changes in temperatures can have huge effects.

What can we expect to see happen worldwide in the next 10 years?
The next 10 years is key. Emissions would need to be cut by around 15 per cent per year to limit warming to 1.5 degree Celsius. They are still increasing by around 2 per cent a year currently.

How much is the Earth’s temperature expected to rise by 2030?
If current trends continue, average temperature increase will hit 1.5 degree Celsius by the mid-2030s.

Which regions or countries will be the worst impacted?
No regions will be spared the effects of climate change. Moreover, ecosystems are incredibly complex. Some of the areas now regarded as ‘safer’ may suffer huge direct and indirect consequences.
That said, tropical and subtropical regions will be especially hard hit by warming. We are already seeing some places becoming unfit for human life due to temperature increase.

What impact will there be on people living in the world’s poorest or developing countries?
Poor regions will have less flexibility to deal with the effects of climate change. They won’t likely be able to implement adequate adaptation measures due to huge costs. As such, there will be increased risk to life for people in those communities.

Could climate change also lead to conflict over resources?
Yes. It’s often hard to make an exact link because of the complexity but there are already social scientists working on those issues.

How will the world’s wildlife be impacted by climate change?
Very badly. In fact, it’s already being affected. Large scale extinction events happened five times before in Earth’s history. Many scientists think that we have entered the sixth extinction. The fifth happened 66 million years ago. The key difference is that our extinction event is man-made.
It won’t just be polar bears. All kinds of creatures will struggle to survive climate change , from birds, seals, sea turtles and penguins through to animals like elephants and cheetahs. We’ll also see the effect on plant life, such as the giant mountain lobelia.

What can you say to the people who don’t believe climate change is real?
This is a difficult question. Denying climate change currently requires a pathological refusal of facts. This type of denial is disappearing. It’s being replaced by those who think climate change is not relevant for them. To them we need to explain that their privilege will not protect them.

How do we know for sure that climate change is caused by human behaviour?
Because the scientific community has been saying so consistently for decades. Plus, the link between greenhouse gas emissions and warming is very clear cut.

People just need to look at the science .

What percentage of the world’s scientists say that climate change is real and man-made?
More than 99 per cent by the latest accounts.

How frustrating is it when people look at snow outside and say: “It’s so cold, and people still think there’s global warming”? Or when people see the weather getting warmer and say: “If this is global warming, I’ll take it”?
There’s nothing wrong with liking good weather. But we should be aware that weather is separate from climate change. Climate change means extreme weather events, loss of life and property, species and ecosystem loss, migration… It’s not the same thing as weather.

Can a climate change catastrophe be avoided?
For the catastrophes we are already suffering, it’s too late. But much worse is in order if we don’t halt emitting greenhouse gases into the atmosphere, so there’s work to do.

What needs to be done around the world to lessen the impact of climate change?
We require a monumental effort by the whole of humanity to solve what’s essentially an existential crisis over the next decade. Both governments and urban planners need to take the unpredictability and destructiveness of the climate into account and plan for those effects. Adaptation to change that already happened is key.
But adaptation only goes so far. We also need to stop burning fossil fuels , even if this means a temporary inconvenience. Adapting to a world that’s 1 degree Celsius warmer is one thing but a 4 degree Celsius warmer world is another thing. We have to stop digging, and crawl out of the hole.

Are alternatives to fossil fuels a viable way forward?
Yes. It won’t be easy and it won’t be overnight but a shift to renewable energy is inevitable. In fact, it’s the only viable way forward. It’s actually ridiculous that an energy system that is proven to lead to eventual destruction of human civilization is regarded as ‘mainstream’.

What can people who want to help do?
Individual lifestyle changes are important, in our food, in the way we travel, especially since they are proven to be catalyst for stronger, organized responses to climate change. Not living beyond our means is an important maxim.

Does eating less meat help the environment?
Yes, it does. Industrial livestock farming is a huge source of emissions.

Are individual lifestyle changes enough, or is political pressure needed?
But what matters most is using political power, be it through participation in traditional party politics or other ways of political participation. We should be conscious of policies of politicians and hold them accountable. We should organize and mobilize to push for energy transition. We should highlight money flowing to those who would destroy our planet and ask those flows to be stemmed.