Why the world needs a New Big 5 of Wildlife Photography

Photographers, conservationists and wildlife lovers are supporting a New Big 5 of Wildlife Photography. Here's why...
By New Big 5 project 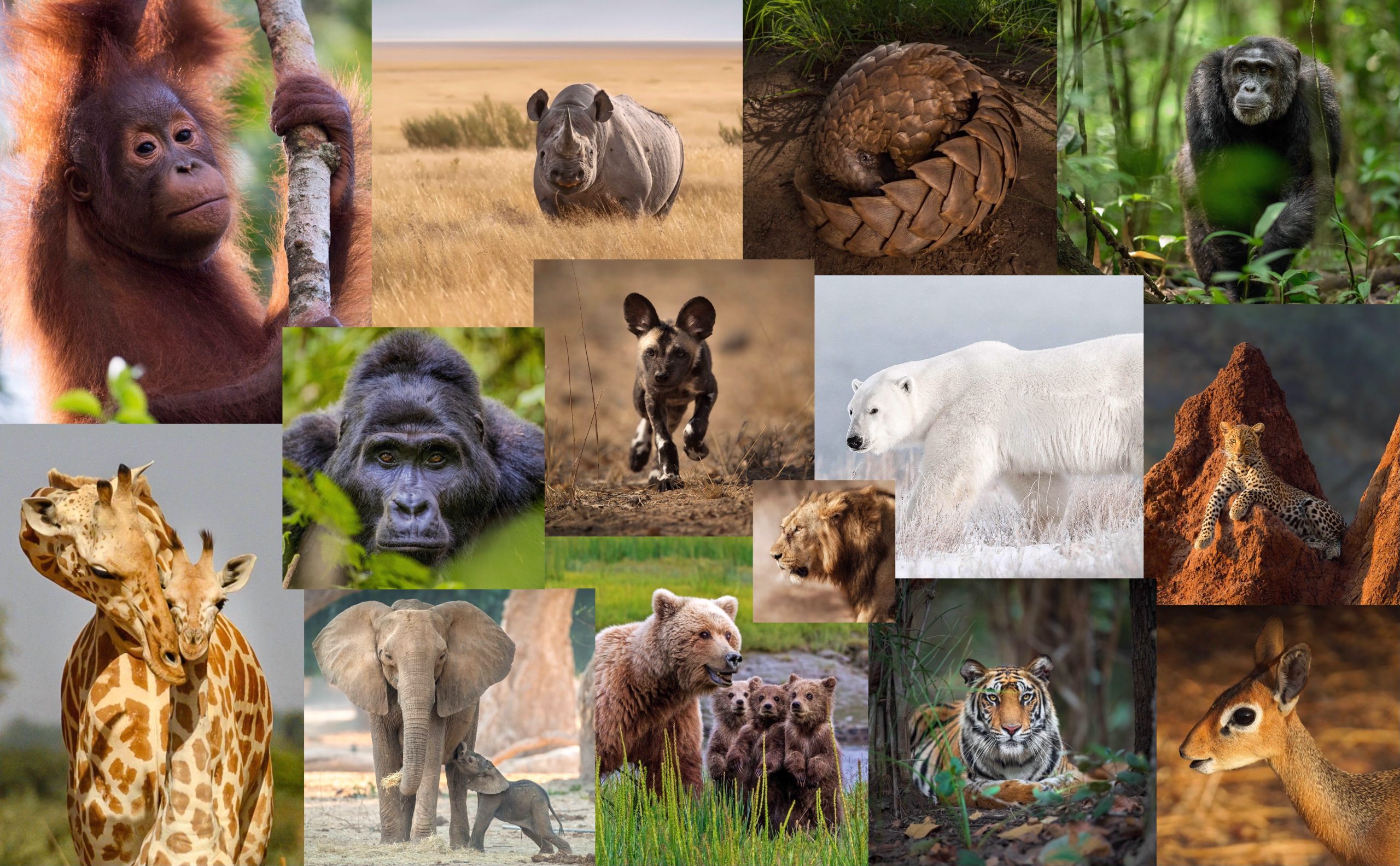 The original ‘Big 5’ is an old term used by trophy hunters in Africa for the five most prized and dangerous animals to shoot and kill: elephant, rhino, leopard, Cape buffalo and lion.

The New Big 5 project has a better idea: to create a New Big 5 of wildlife photography, rather than hunting. Shooting with a camera, not a gun.

1: Photography is a great way to celebrate the world’s wildlife

Wildlife photography is about art, creativity, connecting to the natural world and celebrating animals that are alive. That’s far better than posing for a grinning Selfie next to a carcass.

Photography also introduces people to animals they haven’t seen before, including endangered species, and reminds us all what we stand to lose if we don’t protect the world’s wildlife. “Photos have the power to make people fall in love with an organism or an ecosystem,” says photographer Jen Guyton. “People will want to protect what they value and love.”

2: Photography is a powerful conservation tool

Photography also exposes brutal realities, such as animal cruelty, deforestation or animals mutilated for horns and tusks, as seen in the work of We Animals Media or Photographers Against Wildlife Crime.

It can tell stories, communicate urgent issues and provoke action. “How do you tell the story of wildlife?” asks Kaddu Sebunya, CEO of African Wildlife Foundation. “How do you get a billion people to see mountain gorillas, other than photography? Photography is a bedrock for conservation.”

Photography’s also helped raise money to help wildlife, including Prints For Wildlife (returning this summer) and Prints For Nature, which between them raised more than $1 million for wildlife charities African Parks and Conservation International in 2020.

The five animals in the New Big 5 (to be announced May 17, 2021) are likely to be some of the most charismatic and popular species on the planet. One million species currently face the risk of extinction, from iconic giants to little-known creatures. The 5 animals in the New Big 5 can serve as global ambassadors and stand for all the world’s threatened wildlife. “As a photographer, I’m as interested in tiny frogs and colourful birds, as I am charismatic giants,” says photographer and New Big 5 founder Graeme Green. “Hopefully the five animals people choose can stand for all the world’s wildlife, great or small, famous or unknown. The message of the New Big 5 project is that all wildlife is valuable and deserves to exist. From bees to blue whales, every creature is essential to the balance of nature, to healthy ecosystems and to the future of our planet.”

The New Big 5 will offer new Bucket List to travellers, wildlife lovers and photographers to see and photograph in their lifetimes. Tourism funds many of the world’s conservation projects. The New Big 5 encourages travellers to visit the countries where the five animals live, to support conservation efforts, and to learn about all the animals there and the threats they face.

Photographic tourism is big business, bringing money to local communities and businesses, and helping pay for conservation work, with the added bonus that photos people return home with showcase the world’s wildlife to friends, family and colleagues far more positively than a severed animal head as a souvenir. “It says something positive about our world that people are now more interested in photographing wildlife than killing it,” as photographer Tim Laman puts it.

5: A shift in thinking

The New Big 5 was never intended as an anti-trophy hunting campaign, only to provide a more positive alternative. “Personally, I’d like to see a future without trophy hunting,” explains Graeme Green. “I understand the arguments on both sides of the debate. But killing animals for pleasure, often with prolonged pain and suffering, seems outdated and cruel to me. I think we’re capable of finding better options. Hopefully, the New Big 5 can be a small part in a transition to a future without trophy hunting. But I’m also aware there are far greater threats to the world’s wildlife than trophy hunting, including habitat loss, the illegal wildlife trade and climate change. The real mission of the project is to use this New Big 5 idea to get people thinking and talking about wildlife.”

The ‘Big 5’ term is still used in parts of Africa, especially South Africa. But many camp owners and safari operators see it as a ‘butcher’s term’, banning staff from using it. Many conservationists also reject a term that’s rooted in hunting, which wiped out the animals they’re trying to protect. “I love the idea of a New Big 5 of wildlife photography,” says Dr Paula Kahumbu, CEO of Wildlife Direct. “Now we have the opportunity to respect wildlife for reasons other than as targets of our cruel games, and atone for our violence by pouring love, admiration and respect into a new understanding of a Big 5.”

Many times over the last year, people have emailed or commented on social media that they had no idea that the Big 5 referred to trophy hunting. They believed the five animals were Africa’s most beautiful, most popular or the largest. It’s always useful for people to understand history or the meanings behind language, in this case a term rooted in colonial-era trophy hunting, a practice that continues today in reserves and canned hunting enclosures.

If people want to keep using the original Big 5 of trophy hunting, there’s nothing stopping them. But for any photographers and wildlife lovers who want an alternative, here it is. “I’m all for the New Big 5,” says photographer and TV presenter Chris Packham. “It’s the perfect way to instigate a transition between something which is no longer ethically, morally or scientifically acceptable, and transforming people’s passion from something which is dead to something which is alive. If hunters were all shooting with cameras, that would be significant progress.”

The New Big 5 was inspired by a love of wildlife and wildlife photography, and the belief that the world’s wildlife should be protected. People around the world share this conviction. “So many of us are out there risking our lives to save elephants and rhinos from poaching, so the ‘Big 5’, which associates wildlife with something as archaic as hunting, feels like it should have been squashed a long time ago,” says Jamie Joseph, founder of Saving The Wild. “Instead, we should be celebrating the extraordinary but vanishing species found across the globe. That’s what makes the New Big 5 so powerful: it’s a platform to bring like-minded people together and create a wave of change.”

8: One more brick in the wall

The next 10 years are critical for the world’s wildlife. The fight to protect nature requires all kinds of strategies. The New Big 5’s simple, central idea is a good way to get people engaged with difficult subjects. “Anything like the New Big 5 project that points you towards a continued interest in wildlife is a good thing,” says photographer Brent Stirton. “People need new motivations or new points of interest, and never more so than today. It’s one of many tools to bring a little more consciousness to what’s happening to the environment and animals.”

9: A hit of positivity

The Covid-19 pandemic has meant a long, dark, difficult year for people and animals, ending lives, destroying businesses and incomes. It’s also been a nightmare for conservation work, much of which relies on tourism and donations for funding. The New Big 5 has aimed to be a positive force, whether it’s producing a free educational Fun Pack to keep young children occupied (and learning about wildlife) during lockdown or highlighting conservation success stories.

The future can look bleak, with so many threats to wildlife and nature. But hope is the only way forward. “A lot of animals I’ve seen are likely to go extinct in my lifetime without anyone knowing they existed,” says Photo Ark’s creator Joel Sartore. “I don’t ever get depressed. I just get fired up. I think, “What can I do with my life that will maybe help?” I encourage people to think about what they can do. It could be wildlife, social issues, the environment… Sink your teeth into it. At the end of your days, you want to look in the mirror and smile, knowing you did what you could and you were part of the world.”

10: Shining a light on solutions

South Africa recently banned canned lion hunts after years of campaigning. Ivory bans have reduced the number of elephants being killed. New protected areas have been created from DRC to Cambodia to Belize. Whales are returning to protected waters. Other recent conservation successes include increased numbers of mountain gorillas, black rhinos and West African giraffes, all previously feared to be heading for extinction. Wildlife charities are working to save species many of us have never even heard of. As Jon Paul Rodríguez, Chair of the IUCN’s Species Survival Commission, says: “Conservation works. We just need to do more of it.”

The New Big 5 project has worked to highlight solutions, from bright ideas (Beehive Fences, Lion Lights…) to conservancies, from cutting edge technology to rewilding. “If we frame the narrative that we’re on the path to the end of the world and there’s no turning back, that doesn’t motivate people, and it isn’t true,” says photographer Ami Vitale. “That’s not to pretend things aren’t bad. We’re at a critical point. But we have to recognise that nature is incredibly resilient. If we work hard, nature can come back. So we all need to use our voices and get actively involved. We all have a role – every single one of us.”

The results of the New Big 5 project’s year-long global vote will be announced on May 17, 2021. Follow us on Instagram @newbig5project 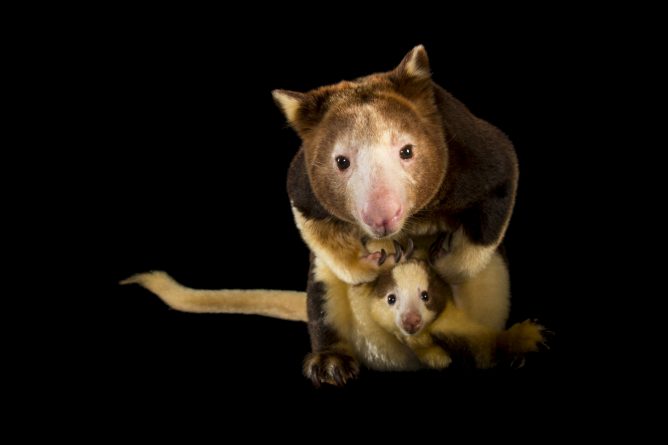 10 Critically Endangered species brought back from the brink of extinction
Conservation works, stopping remarkable species, from painted frogs to kingfishers, from disappearing
Articles 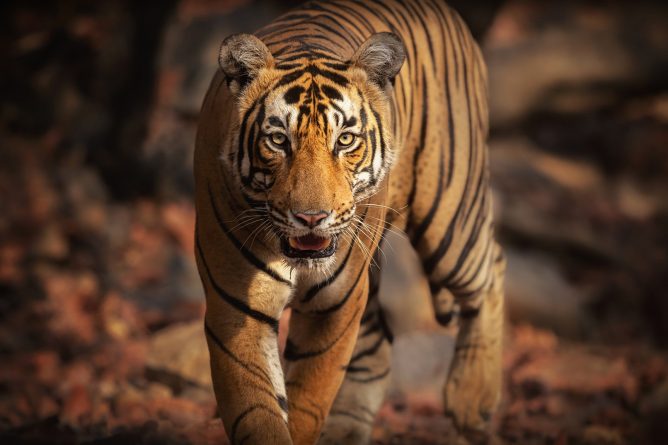 15 of the world’s greatest wildlife experiences
Tigers, gorillas, sloths, polar bears... These incredible travel adventures will stay with you all your life – and help protect threatened species