Will Burrard-Lucas: “I didn’t realise animals like this still existed.”

The British wildlife photographer on elephants, tech innovations and lions wrecking his cameras
By Graeme Green 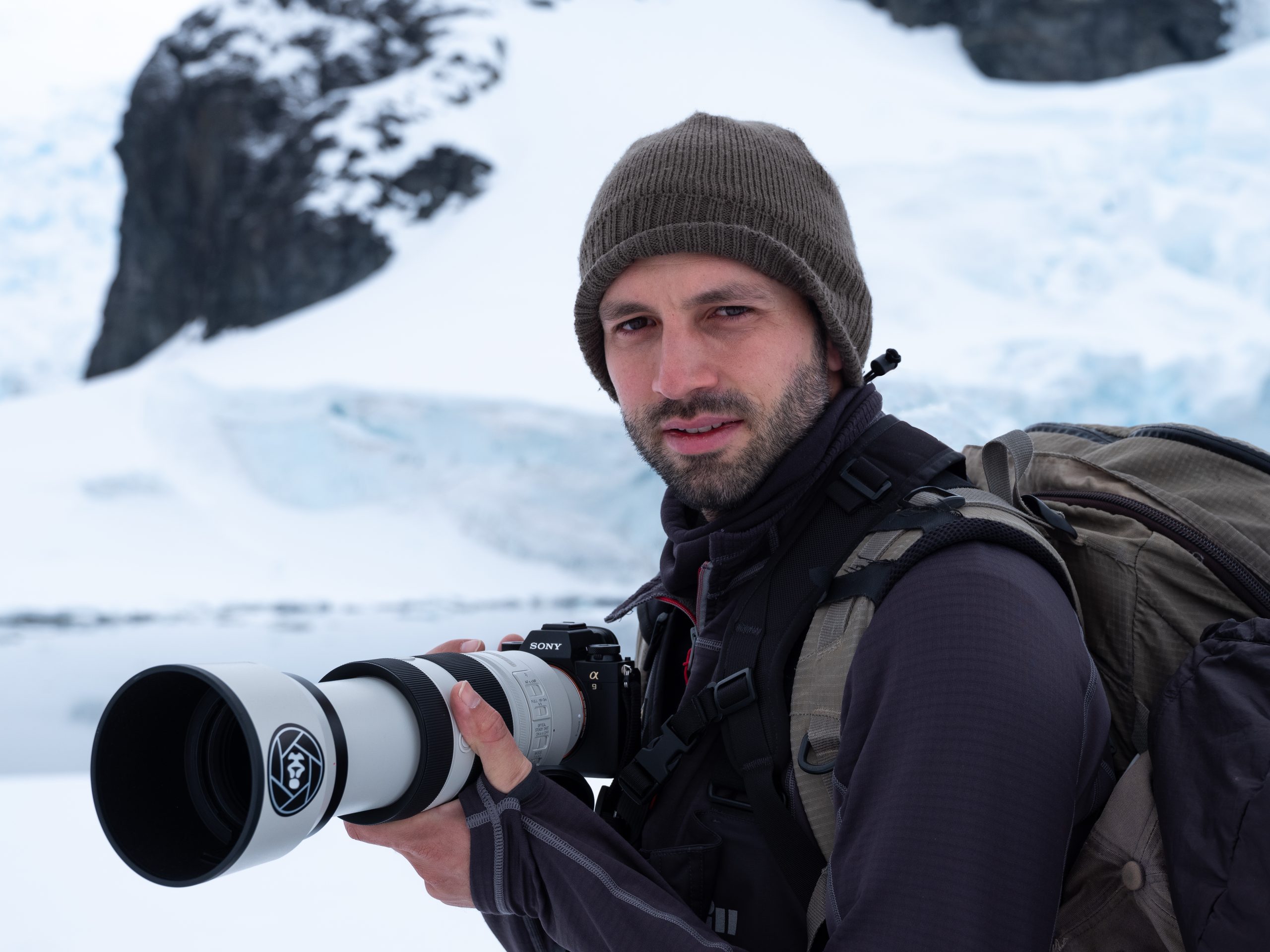 Will Burrard-Lucas is a wildlife photographer, known for inventive camera techniques. He’s the founder of Camtraptions, a company specialising in creative technology and photographic contraptions, including the Beetlecam. He recently published his book, Land Of Giants, about the big tuskers of Tsavo in Kenya.

It seems like you’re part-photographer, part-inventor. Why did you start inventing pieces of gear?

It all stems from me being a photographer. I often have a problem I want to solve, which involves inventing something that will allow me to achieve the photograph I have in my mind. Over the year, my ambition grew and I started to invent more complex bits of equipment to enable me to get these shots.

It started when I tried to get close up-wide angle shots that, back when I first got into it, which is more than ten years ago now, was a perspective that wasn’t commonly seen. I started achieving it by crawling up to animals that I could get close to, like penguins and meerkats and things that weren’t going to maul me if I got out the vehicle.

It’s always good not to be mauled.

Yes. My passion has always been African wildlife, so I really dreamed of getting these close-up photographs in Africa. For that, I decided to build the BeetleCam, which is a remote-control buggy with an armoured shield for the camera that I used to get close-up photos. For me, looking up at an animal gives it much more presence; it creates a more intimate feeling photograph. Using a wide-angle lens also allows you to bring in a lot more of the environment.

What kinds of animals do they work best on?

The BeetleCam’s quite limited. It can only really be used with bold inquisitive carnivores, like lions, hyenas, wild dogs, or buffalos, rhinos, elephants. Anything that’s prey is programmed to avoid unfamiliar moving objects, so you can’t really get close to the more skittish wildlife with it.

With so much photography in the world, do you think this kind of innovation is necessary now?

People are definitely having to push the boundaries in terms of seeking out unusual subjects or trying new techniques to get images that haven’t been seen before, because all the low-hanging fruit has been done a long time ago. People are looking for either technological advances to do new things, or more obscure species and going to more rare places to photograph things that will capture people’s attention.

This close up-wide angle perspective is definitely something that wasn’t commonly seen 10 years ago but it’s more commonplace now, even on TV. The frontier of wildlife photography has moved on. I do more camera traps and working at night now. For me, these are areas where photographs can be taken that people haven’t seen before.

Have you had many cameras lost or eaten?

I’ve had two cameras destroyed in the 10 years I’ve been doing it. The first was the very first time I used the BeetleCam with a lion. In those days, I had no idea what to expect and how animals would respond. That very first camera didn’t have a protective shell. A lioness marched straight to it and picked it up. Her teeth went straight through the back of the camera and wrote it off. I learnt my lesson quickly.

You spent some time in Africa during your childhood, didn’t you?

Yes. When I was quite young, between the age of 3 and 7, I lived in Tanzania. Some of my earliest memories are of going on safari and seeing wildlife in Africa. That’s where my love of Africa and of the natural world came from. Growing up with David Attenborough documentaries and those sort of things kept that interest alive.

Your book Land Of Giants features photographs of elephants in Tsavo National Park in Kenya. What was it like to spend time with some of the last ‘tuskers’ on Earth?

This is a project I started in 2017. I was working on it for a year and a half, and I was partnered with the Tsavo Trust, a small NGO who was set up in response to this terrible surge in poaching about six or seven years ago.

One of the main goals is to protect Africa’s last remaining big tusker elephants. There are about 25 big tuskers left in Africa and eight of them can be found in Tsavo. These are elephants with tusks that weigh in excess of a hundred pounds on each side. This is the Big 5 sort of definition – a ‘big tusker’ was the definition from the old hunting days.

Do those tusks make them a big target for poachers?

Yes. For over a hundred years, they’ve been targeted, first by trophy hunters and now by poachers. Tusks that size are getting rarer and rarer, and they’re such an incredible draw for poachers because they’re worth so much.

These animals survive by living in the remotest corners of wild places, like Tsavo. They’re incredibly secretive. Just a few of them have managed to weather the years of hunting and poaching, so their genes are still there.

I teamed up with the Tsavo Trust to produce a book for them which they can use to show people that these elephants are still out there and it’s not too late to save them.

Was spending time with the tuskers like stepping back in time?

Yes. When I first laid eyes on one, it took my breath away, because I didn’t realise animals like this still existed.

Getting to photograph them was a challenge to capture what it is I was feeling as I was looking at them and trying to convey its majesty and grandeur. They’re an animal that the more you watch them, the more you start to appreciate the nuances of their behaviour. They’re the most magnificent elephants, so unlike elephants I was used to seeing, so I was just blown away that these elephants are still out there.

As well as elephants, you also produced a book of photos on endangered Ethiopian wolves. What good do you think photography can do to help wildlife?

The two main ways that we can use our photography for good are like the Ethiopian wolf project, which was raising funds to help with their conservation, or raising awareness, which was more the focus of the Land of Giants project. With Land of giants, conservationists are really trying to get the word out, to tell people about the challenges the animals are facing and inspiring people to hopefully support their cause. Conservation organizations always need high quality images to help them communicate these messages.

Listen to the Will Burrard-Lucas NEW BIG 5 PODCAST here.