Xi Zhinong: “I want to use my camera as a great weapon.”

The Chinese photographer and film-maker on fake photos, China’s wildlife laws and respect for nature
By Graeme Green 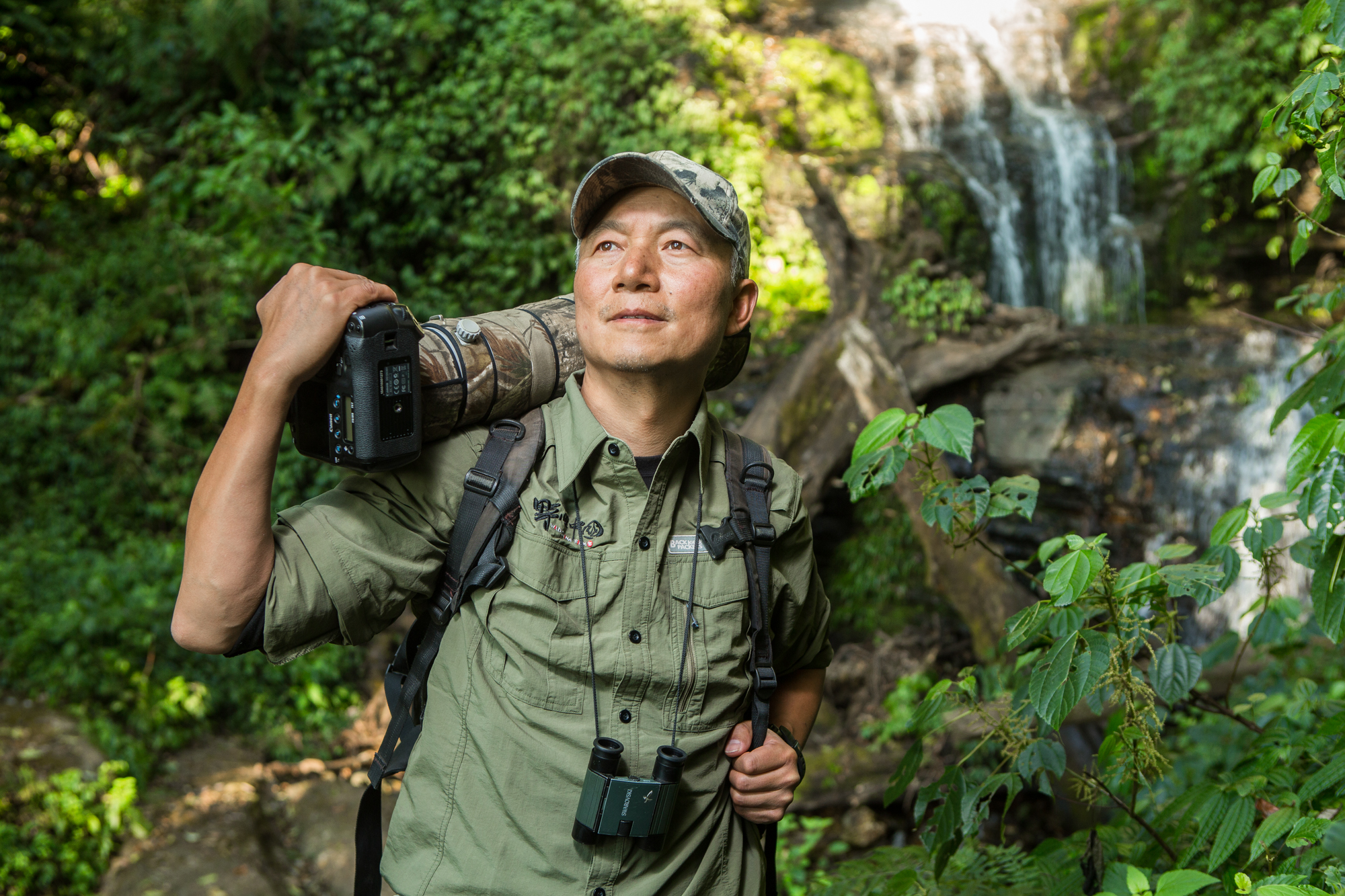 Xi Zhinong is a wildlife photographer and documentary maker who works to document and protect endangered species endemic to China. He’s the founder of Wild China Film. His work has been nominated for an Emmy and he’s a previous winner of the BBC’s Wildlife Photographer of the Year.

What first got you into wildlife photography?

I loved birds very much from my childhood, and I started to take photos from the early 1980s. Early in my career, I was part of a documentary film crew. What I couldn’t understand or accept was that, instead of taking films of real birds and real wildlife, I was just taking photos and films of fake ones using specimens.

I learned the skills so I could take photos of real wild nature. I opened my eyes wider and paid attention to all the wildlife in China.

Has highlighting the need to protect wildlife always been part of your work?

I want to use my camera as a great weapon to raise the awareness of the public of China to value more and more of China’s own wildlife and nature. Step by step.

I’m very proud of the wildlife in China. My work here as a wildlife photographer is meaningful.

For the world outside China, the wildlife documentary is already a very mature industry. For still photos, they’re already established all over the world. Africa has already been so well-filmed and documented. Many wild areas all around the world have been well-protected.

But in China, people pay less attention to the wildlife. Many species, even some we didn’t know any details about or never took a photo of, have just vanished. In China, my job is very pioneering and challenging. That’s the reason why my work is meaningful in China.

Many people, myself included, don’t know much about the wildlife of China. Is there a lot to find across the country?

It’s not only the people outside of China, but even most of the Chinese people actually know very little about China’s own wildlife.

For the people outside China, understanding China has two sides. For the good side, we have a long history of cooking delicious food and we have the handcrafts. For the bad side, we have overpopulation and the human rights problem and the pollution problem.

But I’m focusing on the other thing: the real wild China. In China, we have the Tibetan high plateau, which has a lot of wildlife, and very few people have ever set foot there. That’s why I think Chinese people know very little about China’s wildlife.

Has that always been the case, or has the relationship between people and nature in China changed over time?

In ancient China, we had a very good idea for the people and a harmonious relationship with nature. We had a saying that the people should always obey the Heaven and Earth. In the past, there were laws, rules and folklores that asked Chinese people to respect the nature.

But this is in the past. Now, I think, after the last few decades, after the political movements, after all the human conflict, the good part of the Chinese traditional culture is mostly lost. That’s the reason why Chinese people now respect less nature than what they use to.

Why did that harmony between people and nature get lost?

After 1949, Mao said people should win against nature. He encouraged people to fight nature, to fight other people and to fight for ourselves. This is the major reason why we just threw away all respect and only care about ourselves.

You’re famous for photographing the rare and elusive snub-nosed monkeys in Yunnan. What are they like to spend time with?

In China, Yunnan is the most biodiverse area. It’s a hotspot from ancient times and also it’s my hometown. But from the 1950s, the logging workers that systematically moved all over China, especially north-east China, moved to Yunnan province to chop down trees to make profit. With 30 years of logging, Yunnan’s biodiversity has been greatly destroyed.

When people think about the wild animals in China, they always think of the ancient elephants, the green peacock, and that’s all. But I think Yunnan province can be called the ‘kingdom of wildlife’. There are several species of gibbons and also snub-nosed monkeys.

The Yunnan snub-nosed monkey should be called the king of the Yunnan wildlife kingdom. They live at the highest altitude of all the snub-nosed family, in the snow mountain area. And they’re the monkey that’s the most like people, like ourselves. They have red lips, pink cheeks, and, on the heads of male, they even have the hairstyle of Beckham.

China and other parts of Asia are known to drive parts of the legal and illegal wildlife trade, which is pushing some species towards extinction: rhino horn, ivory, tiger parts, sharks’ fins, pangolin meat and scales. Are attitudes starting to change?

The laws in China about wildlife conservation are mostly based on the exploitation and usage of wildlife, not to really conserve them or protect them. This is my greatest sorrow.

Compared to 1995, when I just started my work on the Yunnan snub-nosed monkey, China’s people and the awareness of wildlife protection is getting higher and higher, especially in cities, with the higher education level. The awareness of the Chinese people is getting better and better

But there are many many breeding farms of tigers and bears and wildlife-breeding manufacturers. The wildlife conservation law in China allows these breeding farms to exist.

What impact has the coronavirus had in China on attitudes towards wildlife?

As a result of this outbreak, the Chinese government, non-governmental organizations and the public are more concerned about wildlife than ever before. It’s the highest level it’s ever been.

The Chinese government has passed regulations: a total ban on wild animals, a total ban on the illegal wildlife trade, and they’ve deployed to start the revision of the wildlife protection laws.

I often tell people that in today’s China, no one needs to eat the meat from wild animals to avoid starvation and no one has to wear a suit made of wild animal skin to avoid freezing to death. So we have no reasons to consume wild animals.